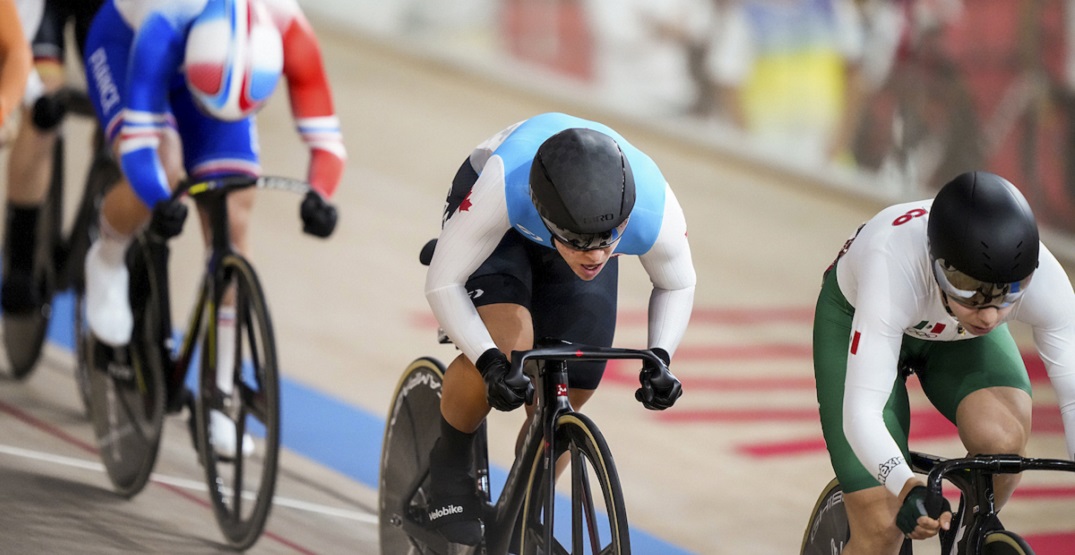 In the eight-lap race, Genest positioned herself behind the Netherlands’ Shanne Braspennincx, who won gold, and New Zealand’s Ellesse Andrews, who won silver. For the first five and a half laps of the race, riders “warm-up” and gauge position with each other behind a motorized pace bike, before the bike trails off and lets riders sprint to the finish.

By the final lap, Genest had managed to get herself in the third-place position and didn’t let up.

The women’s keirin race has been part of the Olympic program since 2012.

At the Pan Am Championships in 2019, Genest picked up a pair of gold medals in the keirin event and the team sprint.

Genest is also the second Canadian woman in history to find themselves on the Olympic podium in an individual track cycling race, following in the footsteps of Lori-Ann Muenzer’s Athens 2004 gold medal in the sprint.