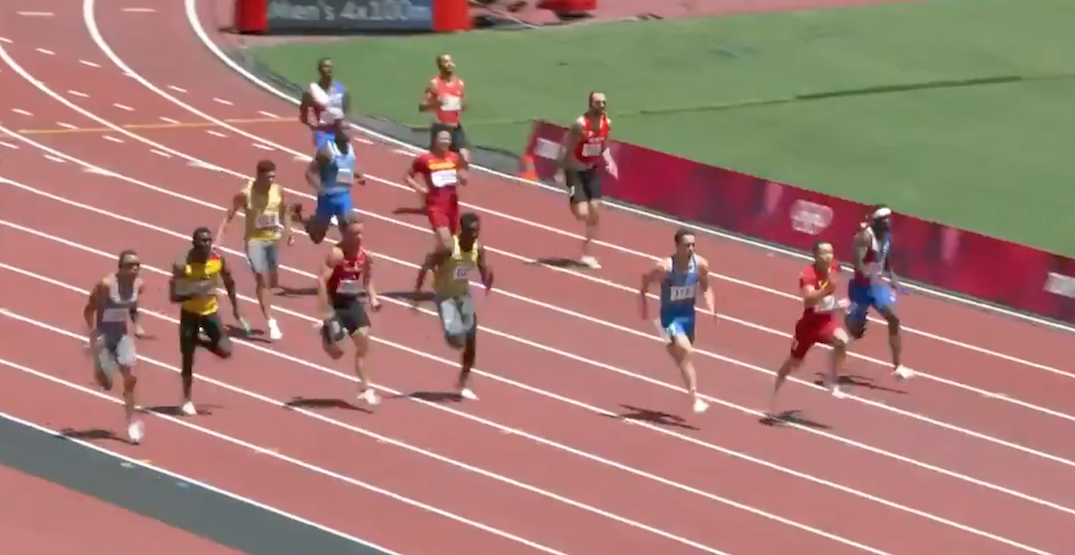 Needing a top-three spot to be assured a spot in the final of the 4×100-metre relay, Canada looked to be in trouble.

Canada was in fifth-place heading into the final leg, but had Andre De Grasse running in the anchor position.

Thank goodness for that.

Mere hours after winning gold in the 200-metre final, De Grasse had to be running on fumes, but you would never know it.

De Grasse not only pulled Canada back into a position to qualify, he helped his team equal the fastest time in the race (37.92 seconds).

Fantastic running by Canada in the men's 4×100 relay 🇨🇦

Recent gold medallist Andre De Grasse with some insane anchor running to sprint 🇨🇦 to 2nd place finish which qualifies them for the final. https://t.co/6DKKdHtYxi pic.twitter.com/JqelO0P9AN

One of the teams Canada was racing was the United States, who surprisingly finished sixth and won’t compete in the final.

De Grasse, along with teammates Aaron Brown, Jerome Blake, and Brendon Rodney will go for gold in the 4×100-metre relay final on Friday, which can be seen on CBC at 9:50 am ET/6:50 am PT.

Canada won bronze in the 4×100-metre relay at Rio 2016. De Grasse is searching for his third medal in Tokyo, and the sixth of his Olympic career.