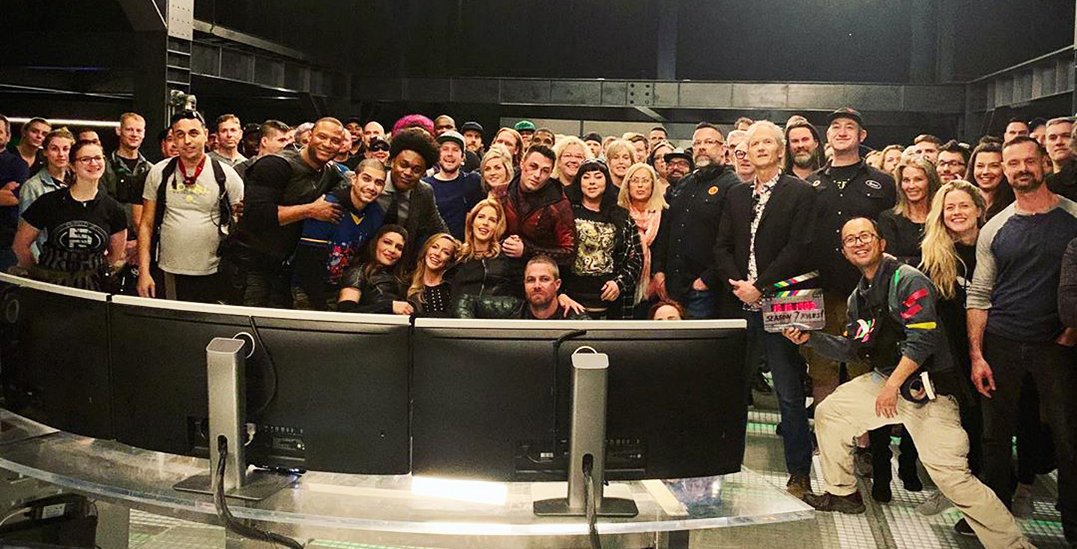 It’s the end of an era for Arrowverse fans.

Last spring, Stephan Amell, lead actor of CW’s Arrow, announced that the series would enter its final season this fall.

The longstanding show first aired on CW in 2012 and, after eight seasons, will end off as one of the network’s most popular programs. The series also paved the way for a number of other superhero series, including The Flash, Supergirl, and Legends of Tomorrow, all of which are filmed in Vancouver.

With the show wrapping up its final week of filming, cast members and the production team took to social media to pen an emotional farewell.

Words can’t even begin to express what Arrow has meant to me. Best 8 years of my life. The cast and crew of the show have become my family. I’m going to miss them. I’m wrapped.

#ARROW fam bam! The amount of love and respect I have for my cast is insane. Couldn’t imagine these long nights with anyone else 🖤 pic.twitter.com/8vRCvc4scb

Today is the last day on Arrow. The last day I will get to go to work with these beautiful humans on a show that gave me so much. These ppl were with me through all the good & sad times & helped me through more than… https://t.co/TLNzPYt13f

Marc Guggenheim, who co-developed the series

During my last week on Arrow, a lot of things fill my mind… but mostly family… #Arrow

Today is the last day of filming for #Arrow. I still remember what I was wearing for my audition, what the room was like, my mind being blown that I was cast, my first flight to Vancouver, walking into my first hotel room, the first fitting…

Meeting @StephenAmell before that meeting and seeing the amount of sushi he was gonna down post-training session, our first day of shooting spent laying on a wet pallet and not wanting it to end…

Cut to 2019 and the show has made 170 episodes of television, laid the groundwork for a whole universe of shows not to mention ushered in a new era of television superheroes.

I have always said that as I move from job to job I’m lucky if I get to keep ONE good friend after I move on. With Arrow I’ve kept more than I thought possible. People who whether I see them once a year or talk to them once a week we pick up right where we left off…

That’s my greatest takeaway from my time on Arrow these last 8 seasons.

None of that would have been possible without our creators, our writers & directors, the CW, this cast, this crew as lastly YOU the fans.

You’re the biggest reason this show became what it is…

Thanks for all the memories and for all the fun and to all of my #Arrow family, especially @StephenAmell, Congratulations on a most amazing run. pic.twitter.com/ODxdgb4Hn5

Heading up to Vancouver for the last time for #Arrow. The first time I flew up was for episode 115. I was the first writer to be on set and @StephenAmell asked if I was Canadian cause I raided the Roots store across from my hotel.

I ordered a milkshake to my room after my very first night shoot and thought – wow, I really made it. I didn’t realize then that going to Vancouver would become the norm over the next 8 years. That I would meet amazing people and work with incredible talent.

I will miss my trips to Vancouver but will be forever grateful for this crazy and wonderful ride.