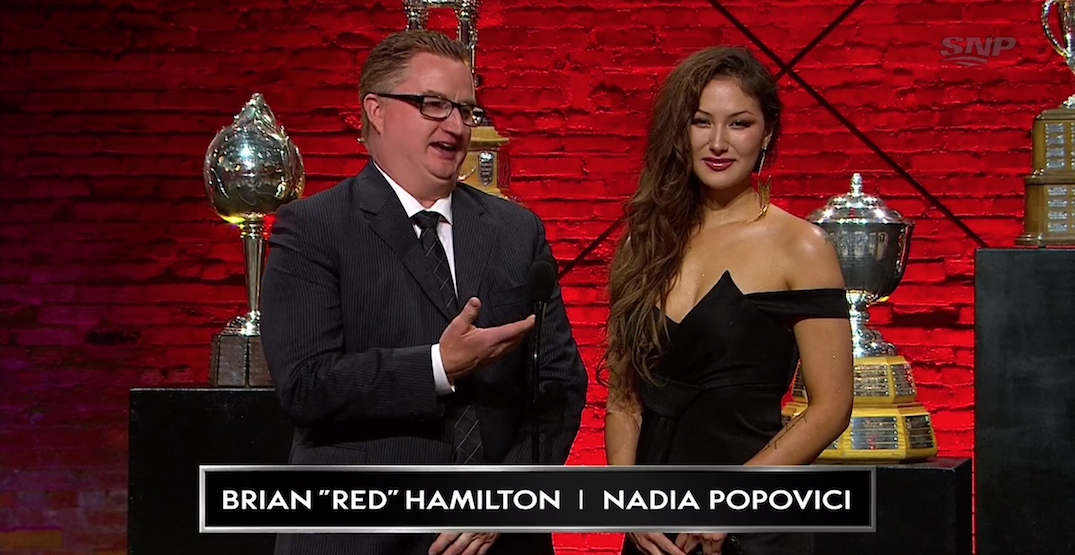 The Vancouver Canucks didn’t have any players at the NHL Awards in Tampa, but they did send a member of their training staff.

Canucks assistant equipment manager Brian “Red” Hamilton, along with the woman who saved his life, Nadia Popovici, presented the most prestigious award of the night.

“Nadia is my MVP,” Red said, prior to co-presenting the Hart Trophy, awarded to the NHL’s most valuable player. “I cannot thank this amazing woman enough for saving my life.”

Nadia is the aspiring med school student that alerted Red to a potentially cancerous mole on his neck during the first-ever NHL game played in Seattle, between the Canucks and Kraken, back in October. 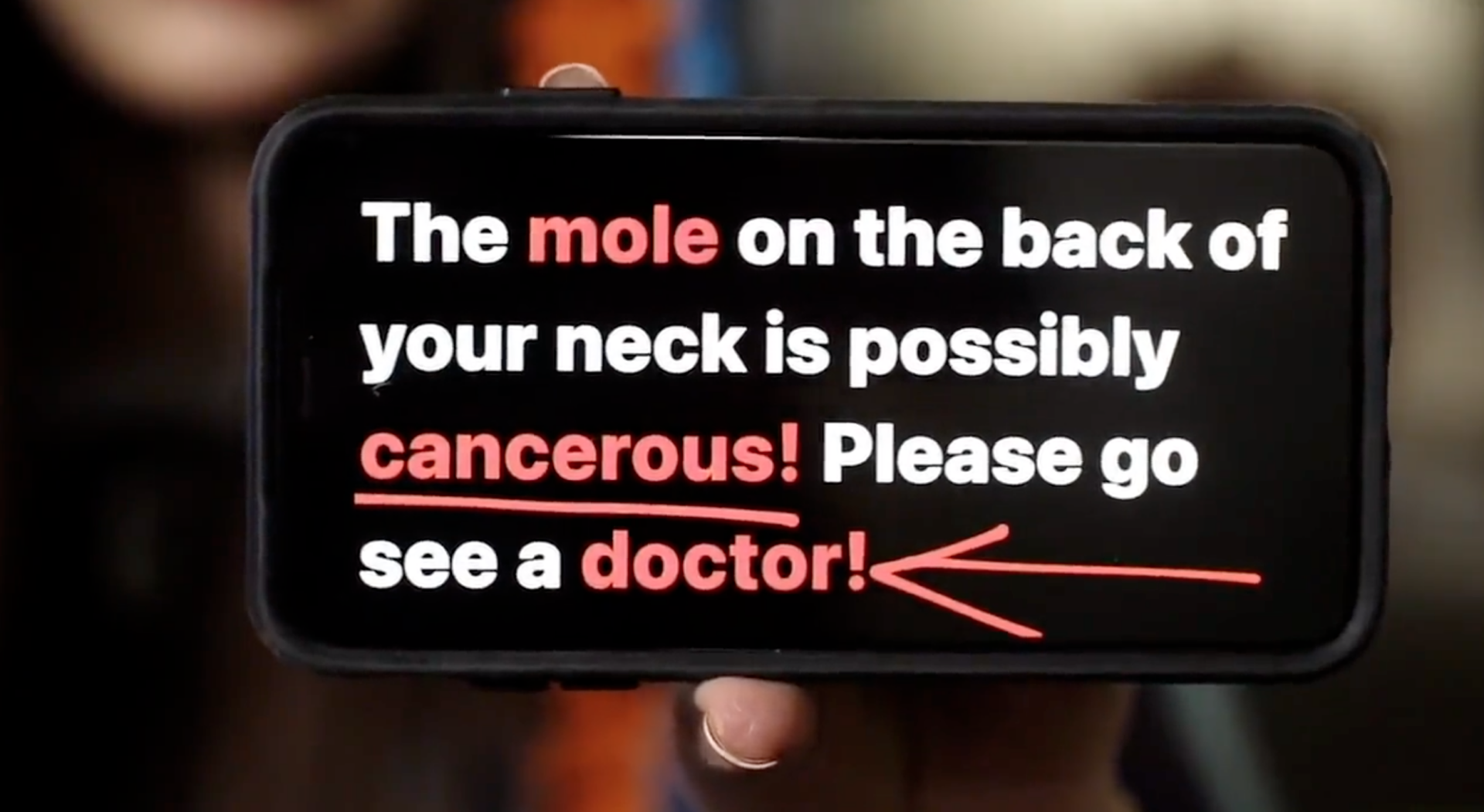 The message Nadia wrote for Red on her phone (Sportsnet)

Red heeded Nadia’s advice and got the mole looked at by a doctor. She was right, the mole was cancerous, and it would have eventually killed Red if it continued to go unnoticed.

When the Canucks returned to Seattle in January, Red got to meet and thank his hero in person. Nadia was presented with a $10,000 scholarship that night from the Canucks and Kraken. In February, Nadia received a hero’s welcome at Rogers Arena, and got to meet Henrik and Daniel Sedin.

“Brian when I first showed you that message on my phone, we were strangers,” Nadia said. “But now, it feels like we’re family.”

"I cannot thank this amazing woman enough for saving my life."#Canucks very own, Brian 'Red' Hamilton with his MVP, Nadia Popovici, presenting at the #NHLAwards 👏 pic.twitter.com/unhC2bzxsx

During a Canucks-Kraken game this season, Seattle fan Nadia Popovici let Vancouver equipment manager Brian Hamilton know that a mole on the back of his neck may be cancerous. She was right.