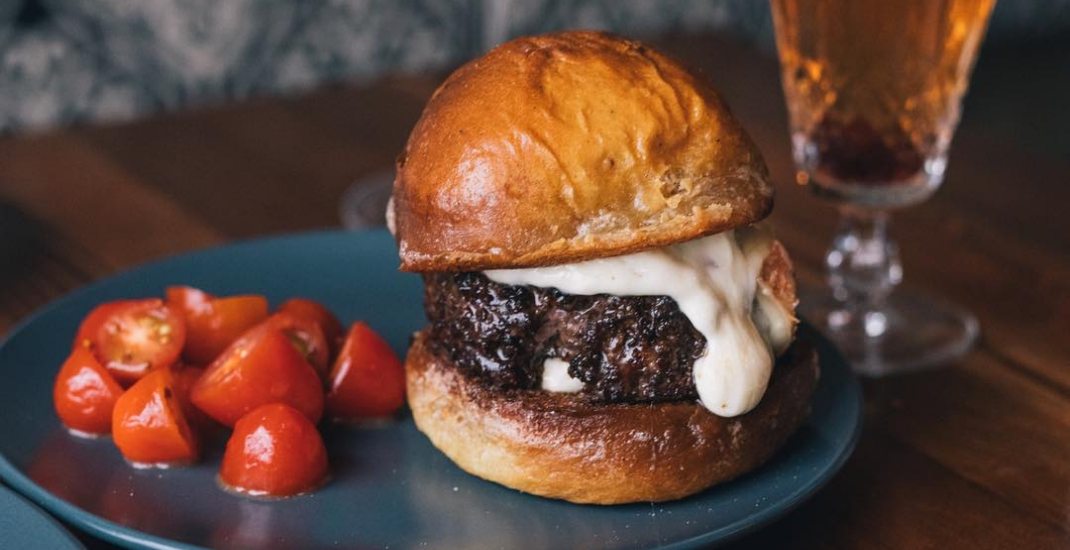 Remember that pizza shop that went by the name of Mega iLL?

Yes, the one that used to make “the marijuana-friendly, hemp heart-fortified one-of-a-kind tasting pizza.”

Well, in case you haven’t scoped it out yet, something incredible popped up in its place just over a year ago–a 32-seat restaurant called Crowbar.

A lot of people have mentioned they like to head here for drinks before dining at the buzz-worthy spot across the street, Savio Volpe. But our recommendation would be to come solely for this cozy Kingsway Street eatery next time you’re in the ’hood–and come hungry.

While we definitely understand popping in just for the cocktails because it’s a pretty special list (each drink is crafted by the boisterous and talented bar team and named after an iconic character from ’90s cult films), we urge you to stay a while and get into the grub–it’s low-key amazing.

This is one of those places where every dish comes out on a different size and style of plate, which is fitting because the chef rarely makes two pasta dishes the same, even during a single night of service.

Chef Justin Ell has an affinity for offcuts (or offal), something the average foodie may not 100% be into ordering at first glance, but the ever-evolving menu brings these underrated cuts to the forefront.

Chicken hearts, tripe–you name it they cook it. Ell’s philosophy is to utilize these parts of the animal that are so dense in nutrition and high in collagen and iron.

“I choose to use offal because when cooked properly it can be extremely delicious,” Ell says, “Some people say meat is murder but I say bad cooking or overcooking is murder.”

It’s not just dreamy carnivorous dishes such as Grilled Marinated Chicken Hearts, Popcorn Sweetbreads, and Lemongrass Braised Lamb Neck that are stellar, the vegetables here are absolutely insane too.

For the adventurous, top of the list to order is the Dealers Choice Pasta made to order and made different every time. Ours came with tripe and an offal-based sauce.

No modifications or substitutions–the menu is unapologetically take-it-or-leave-it–and we’d be surprised if you chose the latter.

Part of a seriously burgeoning foodie neighbourhood comprising Savio, Sal Y Limon, Les Faux Bourgeois, and the new-ish Bells and Whistles all within a few blocks of each other, Crowbar is a standout in the area that’s definitely worth a go.