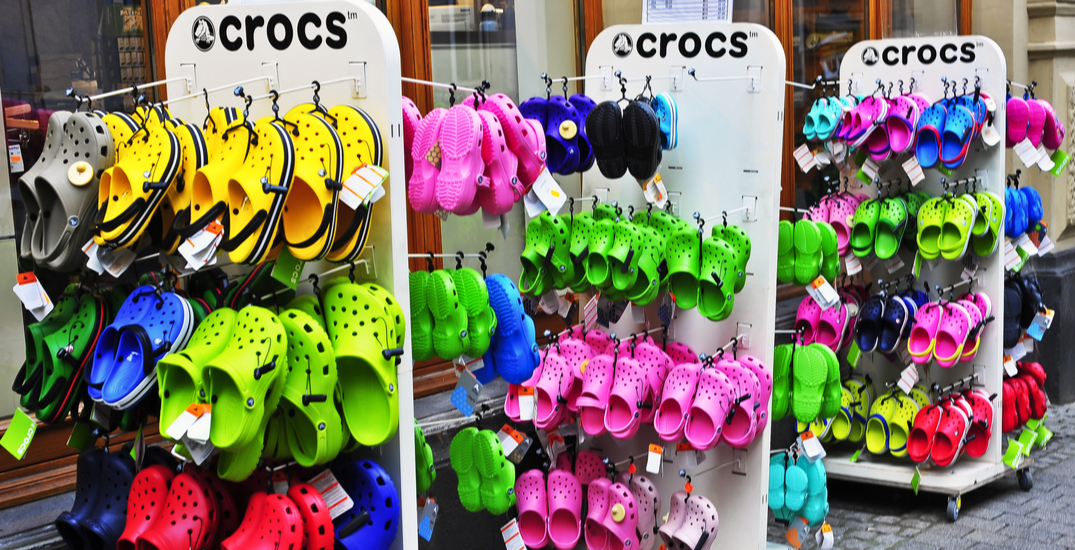 Who would have known that the world’s most polarizing shoe would be the stock of 2021?

Shares of Crocs rose 8.5% to $149.38 on Tuesday, following news that the company predicts revenue to soar over $2.27 billion by the end of the year, and continue to increase 17% over the next four years.

Crocs stock has skyrocketed nearly 140% so far this year. The incline can be attributed to people dressing for comfort during the pandemic and a rise in healthcare workers needing appropriate footwear. The company has also been further bolstered by its celebrity collaborations with Justin Bieber and Bad Bunny.

The footwear retailer’s second-quarter earnings report also announced record-breaking revenue that soared over 93% compared to the same period last year, as well as operating income that tripled. Crocs predicts a 60% to 65% increase in revenue this year compared to last year.

Other news sending the stock soaring is the company’s announcement that it aims to reach net zero emissions by 2030, branding the new marketing concept as “comfort without carbon”. As part of its carbon-conscious plan, the company also says it will use renewable energy to power its offices and warehouses.

Crocs also plans to launch a new shoe using bio-based material called Croslite, in an attempt to reduce its carbon footprint by 50%.

The technology the company will be using is in partnership with materials company Dow Inc and apparently “transforms sustainably sourced waste and byproducts into a shoe that has all the comfort you expect from Crocs, but with far less carbon.” Crocs plans to have the new line ready to go across the world by early next year.

Crocs also said it will be boosting its share repurchase program and CEO Andrew Rees said the Colarado-based clog maker will also be moving its production to other parts of the world other than Vietnam to solve manufacturing issues the company has been facing.

To keep up to pace with rising demand, The company is opting to move product via air freight alongside fellow retailers like Adidas and Lululemon to combat issues found in delays found transporting goods via sea.