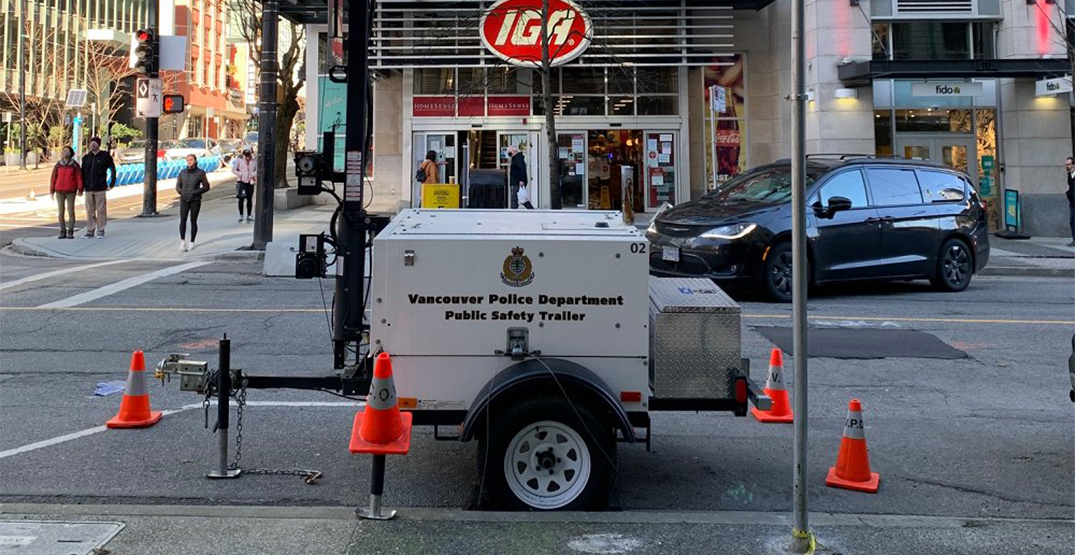 The Vancouver Police Department has placed a trailer with surveillance cameras on Robson Street to monitor the area after an increase in violent shoplifting.

The police force said in a tweet that the CCTV cameras mounted on the trailer will help “prevent crime and aid in investigations.”

The cameras are not monitored 24/7, police added.

Our public safety trailer is currently positioned at the intersection of Robson and Richards in Downtown Vancouver, in response to an increase in violent shoplifting in the area. The cameras are not monitored 24/7. The trailer is used to prevent crime and aid in investigations. pic.twitter.com/tn3uUxpNRf

The trailer is sitting at the corner of Robson and Richards streets right now, just in front of the HomeSense. It’s in response to an uptick in violent shoplifting incidents in the downtown core.

New much-needed eyes 👀 on the street: #VPD CCTV spotted at the corner of Robson and Richards, right outside the problematic IGA. #vanpoli pic.twitter.com/JS3MyoHI55

Global News reported on one such incident that happened on Monday, when a fight broke out between staff at the IGA on Robson Street and a man who allegedly tried to steal some coffee.

Daily Hive has reached out to the grocery store for comment.