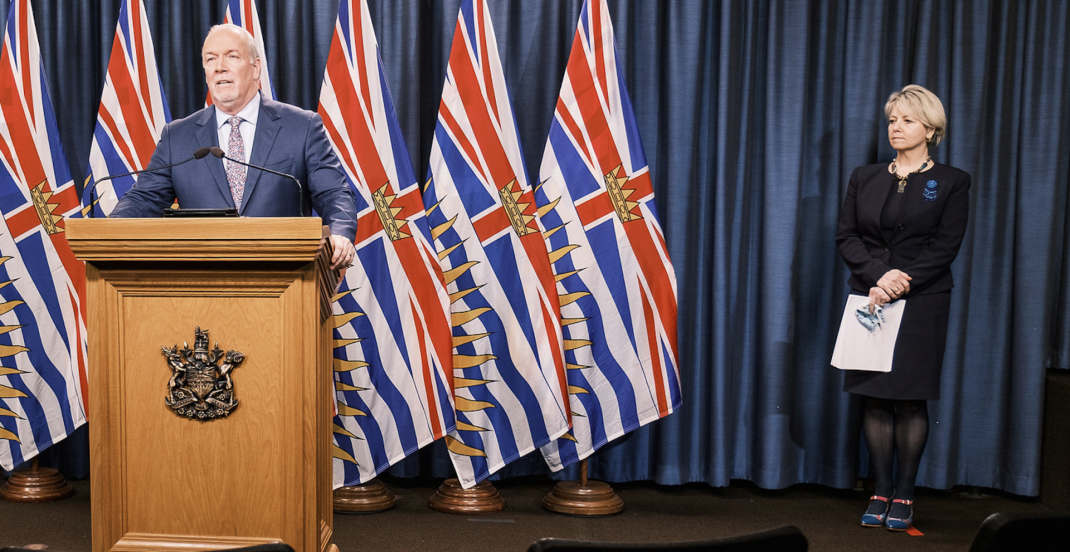 Premier John Horgan and Dr. Bonnie Henry at a press conference in January (BC GOV/ Flickr)

During a Friday press conference, Horgan stated he has “enormous respect and admiration” for the province’s top doctor and commended her stellar leadership and guidance in the face of the ongoing pandemic.

“There’s no place for those types of accusations, slanders, and attacks,” he stated.

Noting that as he may have signed up for as much when he decided to become a politician, Horgan said that if people want to yell at him, “I get that, I respect that, and that’s their right.”

However, no one, he said, has a right to treat the head of the public health office in that way.

“It’s absolutely inappropriate [and] your parents would be ashamed of you,” he said.

On Thursday, Henry addressed the comments and remarks that had been directed her way, stating that hate and death threats towards her are “incredibly challenging” to deal with.

“It really is not acceptable,” she said. “And what I find most disturbing is how it impacts the people I work with, my family, and my close contacts.”

However, Henry also offered empathy to those wishing her harm by acknowledging pandemic stress can fuel aggression.

“I recognize that when people are in crises, part of the way they respond is to lash out, to become angry,” Henry said. “That is a reaction that is sometimes fed by certain groups, certain media, social media posts et cetera.”

The man who streamed the video of the illegal gathering where guests wished Henry were dead, has previously been charged for allegedly violating the Quarantine Act multiple times.