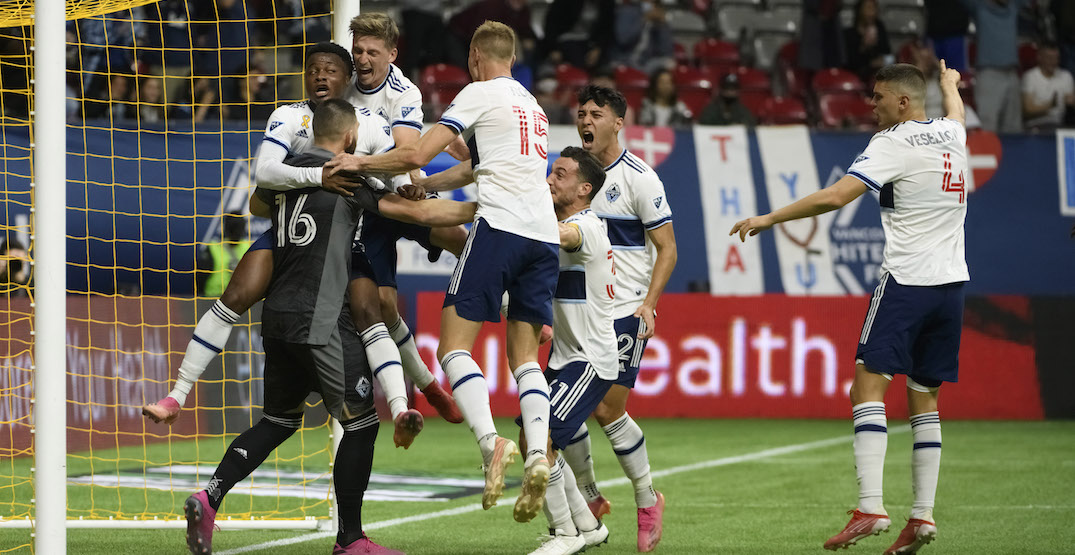 It may have been as loud as BC Place has been in years.

Up 1-0 late in injury time, after VAR awarded a penalty to FC Dallas, the Vancouver Whitecaps had only a prayer to secure a critically-important win.

The Whitecaps goalkeeper delivered a game-saving stop on Franco Jara, to push Vancouver three points closer to a playoff spot. Crepeau guessed right, diving to his right and punching away the attempt.

After the match he called it a “beautiful moment.”

The @WhitecapsFC ’keeper saves all three points for the home side. 🧤 pic.twitter.com/PdGooDJLvB

Bedlam at BC Place!!! Crepeau with a game-saving stop in injury time preserves the win for the Whitecaps. pic.twitter.com/5KLdFqtA23

A season-high crowd of 11,312 fans roared with approval, and Whitecaps players mobbed Crepeau. When the final whistle sounded seconds later, they mobbed him again.

Striker Brian White had the only goal of the match, while Crepeau picked up his fourth clean sheet of the season.

Only one place to go after the final whistle 💙#VWFC #VANvDAL pic.twitter.com/HMKwi9PZdj

The Whitecaps are surging, having lost just once in their last 13 matches.

The win, coupled with some good news on the out-of-town scoreboard, means the Whitecaps are just three points back of the final playoff spot in the Western Conference, with a game in hand on the team they’re chasing, Real Salt Lake.