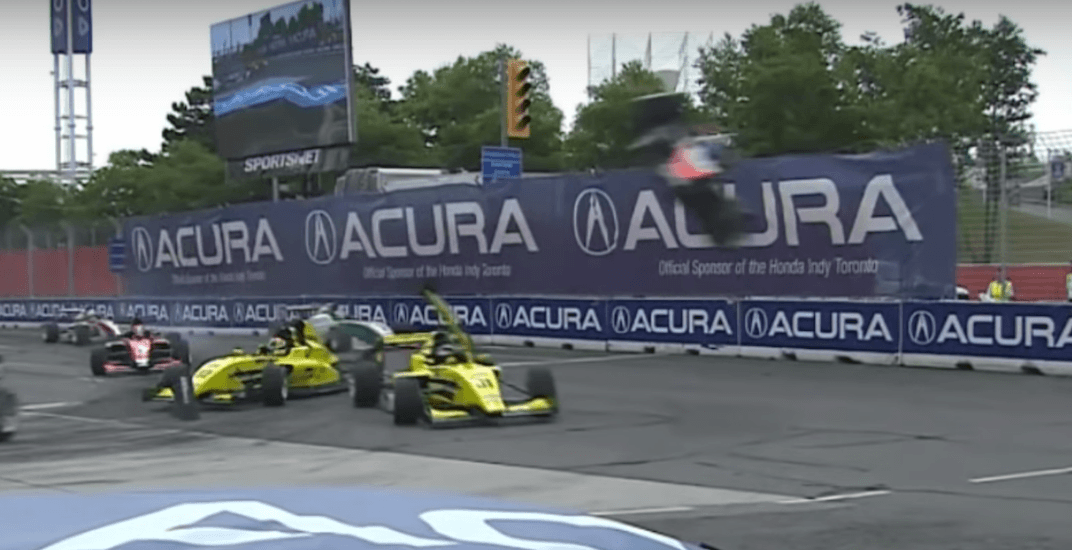 “I was kind of out of control.”

Fans at the Honda Indy Toronto witnessed one of the most spectacular crashes you’ll ever see during Saturday’s Pro Mazda race, as driver Harrison Scott was sent airborne.

Scott was clipped by another driver, causing him to speed out of control and launch off the car in front of him like it was a launching pad.

Crazy crash at #indyto Glad the driver got out and looked to be okay. pic.twitter.com/9qvzI9W3N0

Here’s another angle of the crash:

Remarkably, the 22-year-old driver from England was unscathed, and wants to race again on Sunday.

“For me that was my first time ever rolling a car, or a go-kart, and it’s not nice,” said Scott.

Brave kid, @HScottRacing. Even after that terrifying crash, he wants to be back on track tomorrow.

Here's how he remembers it: pic.twitter.com/Q0yJ9gDvEs

Here’s full video of the incident:

The Pro Mazda race is one of many competitions taking place in Toronto this weekend, leading up to the IndyCar Series race on Sunday.