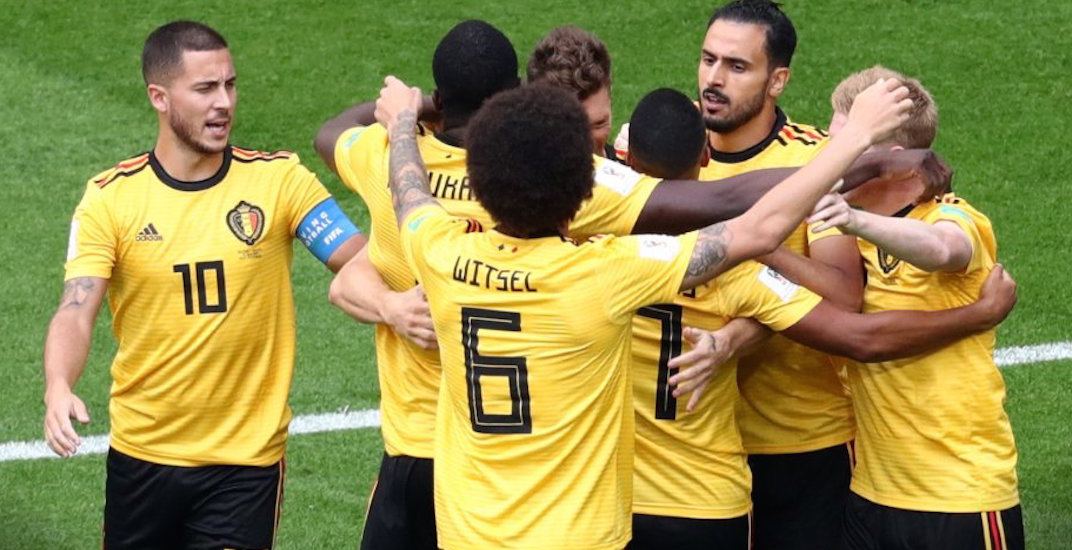 It was a match lacking the intensity and emotion we’ve come to expect at this World Cup. How could it not?

With both Belgium and England having suffered devastating losses in the semi-finals earlier in the week, their dreams of winning the World Cup were over.

But with a bronze medal on the line, Belgium proved to be the deserving winners of the World Cup third place match, prevailing 2-0. The second goal was massively important for thousands of people watching on their new televisions back in Belgium.

Eden Hazard’s goal in the 82nd minute wasn’t very important in the grand scheme of things for the tournament, but for thousands of Belgians that recently bought a new television, it was the biggest goal of the World Cup.

Before the tournament began, Belgian electronics company Krefel promised customers that bought a new 55-inch TV or bigger between April 26 and June 17, they’d get a full refund if Belgium scored more than 15 goals in the World Cup. Hazard’s was goal No. 16 for Belgium, meaning Krefel will pay back money to thousands of people, for an estimated cost of over 1 million Euros ($1.54 million CAD).

Update: they made a promise – and they're going to deliver. The official @Krefel Facebook page confirms that all customers that bought at TV with them, 55 inches or bigger, between April 26th and June 17th, will get a full refund 👏👏 pic.twitter.com/SvPDJhez9S

Belgium leads the tournament in goals, scoring four more than anybody else.

It wasn’t all bad news for England, as Harry Kane is likely assured of winning the Golden Boot, after his closest competitor, Belgium’s Romelu Lukaku, was held off the scoresheet. Barring a hat trick by France’s Antoine Griezmann or Kylian Mbappe in the final, Kane will win with six goals in the tournament.

Eric Dier had England’s best chance to level the match, chipping a ball over Belgian keeper Thibaut Courtois, only to be denied by defender Toby Alderweireld, who swept the ball off the line.

Hazard sealed the deal in the 82nd minute, scoring the free TV goal to give Belgium a 2-0 lead, securing the bronze medal.

The third-place finish is the best-ever result for Belgium at the World Cup. Fourth-place is the best finish for England since 1990.

There’s now just one match left, as France and Croatia play in the World Cup final on Sunday.