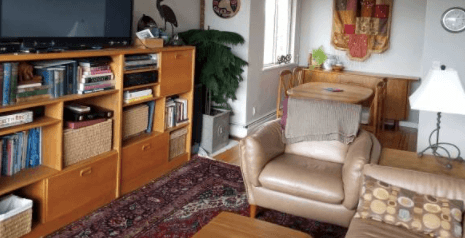 We know finding a place to rent can be hard in Vancouver, but a recent posting on Craigslist just took it to a whole new level.

So far, so ridiculously expensive. But wait – there’s a catch.

The advertiser, apparently themselves as renter, describes the apartment as a “sublet/timeshare.”

“I live down the hall and will use the unit as my office, Mon-Fri 9am-5pm,” writes the advertiser. “Just me working on my computer and making phone calls.”

“It is yours the rest of the time.”

The advertiser boasts about it being a top floor apartment with hardwood floors, a “newly updated kitchen and bath” and “very nicely furnished.”

We’ll let the photo above speak for itself there. Oh well, at least cable and internet is included.

Regardless, if you were about to jump at the chance of renting something, anything, we’ve got bad news. The listing has been flagged for removal and taken down. 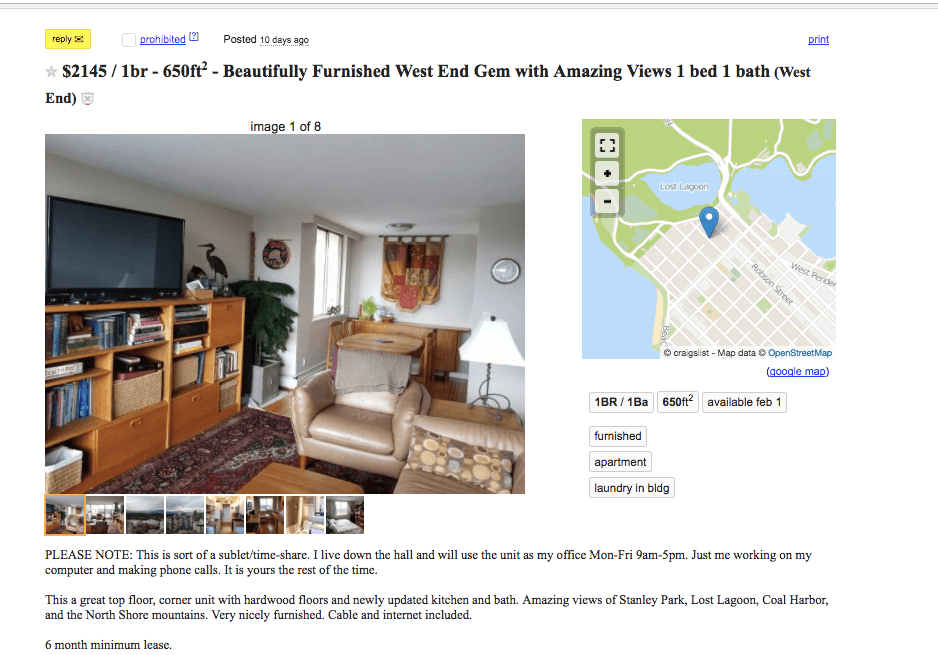