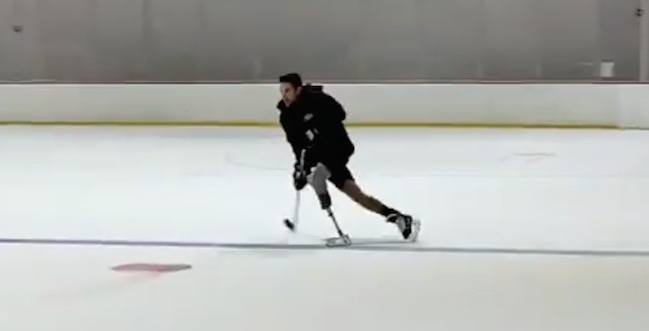 It’s been more than two years since complications from an on-ice heart attack forced former NHLer Craig Cunningham to have his left leg amputated.

The Trail, BC native took to Instagram this past week to post an inspirational video of himself flying down the ice on a prosthetic leg.

The 28-year-old former captain of the Arizona Coyotes AHL affiliate, the Tucson Roadrunners, lost his leg in November 2016.

Cunningham was drafted 97th overall in the 2010 Entry Draft and appeared in 63 games in the NHL with the Boston Bruins and Arizona Coyotes from 2013 to 2016, before the incident.

Cunningham, who’s currently a pro scout within the Coyotes organization, also posted a picture of the modified skate he had build to attach to his artificial leg. 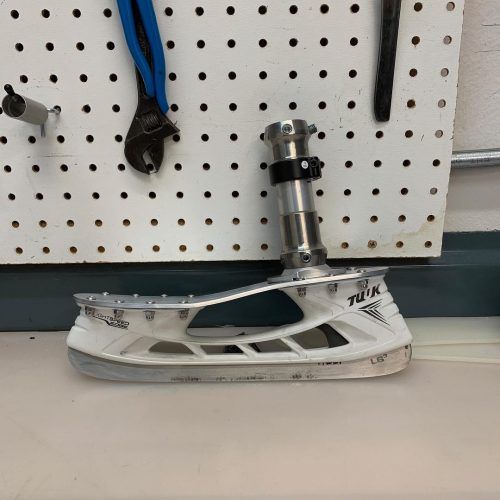 Though a return to on-ice professional hockey seems unlikely, the video below is a remarkable testament to Cunningham’s character and sheer determination.

Besides, after checking out those moves, you never know.

At the end of the video, Cunningham said something that may actually hinder any possible return to the NHL, “still can’t skate backwards.”