The Stanley Cup playoffs begin on Wednesday, as 16 teams begin a two-month grind for the most difficult trophy to win in professional sports.

Three Canadian teams – the Toronto Maple Leafs, Calgary Flames, and Winnipeg Jets – have qualified for the playoffs this year, and all three have a realistic chance to win it all. Canada’s Stanley Cup drought is up to 26 years, as the Montreal Canadiens last won the Cup in 1993.

Despite putting together an impressive 100-point season, the Maple Leafs have a difficult road to the Conference Final, likely having to go through two of the league’s top teams in the first two rounds. The Leafs face the Boston Bruins (107 points) in the first-round for a second straight year, with the series beginning Thursday in Boston.

The league-leading Lightning (128 points), who tied an NHL record this season with 62 wins, are the favourites to win the Stanley Cup this spring.

There’s optimism in Calgary, where the Flames (107 points) won their conference for the first time since 1989. Calgary will face the Colorado Avalanche (90 points) in Round 1, beginning Thursday at the Scotiabank Saddledome.

The Winnipeg Jets have a difficult first-round opponent, up against the red-hot St Louis Blues. The Blues have been on a tear ever since rookie Jordan Binnington took over in goal, and are 8-1-1 in their last 10 games. Both teams finished the season with 99 points, but the Jets have home ice advantage by virtue of having more regulation and overtime wins. That series kicks off on Wednesday. 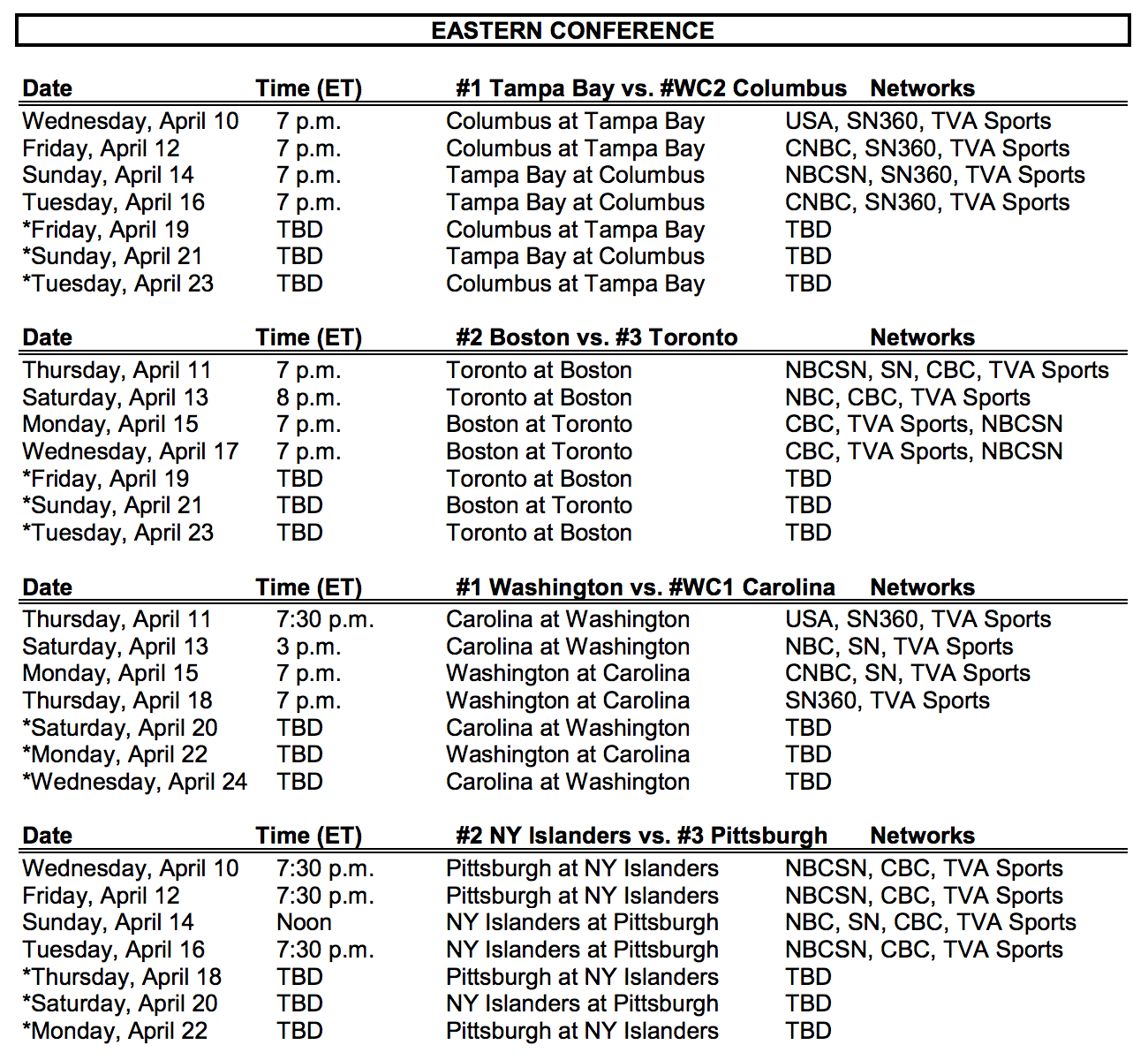 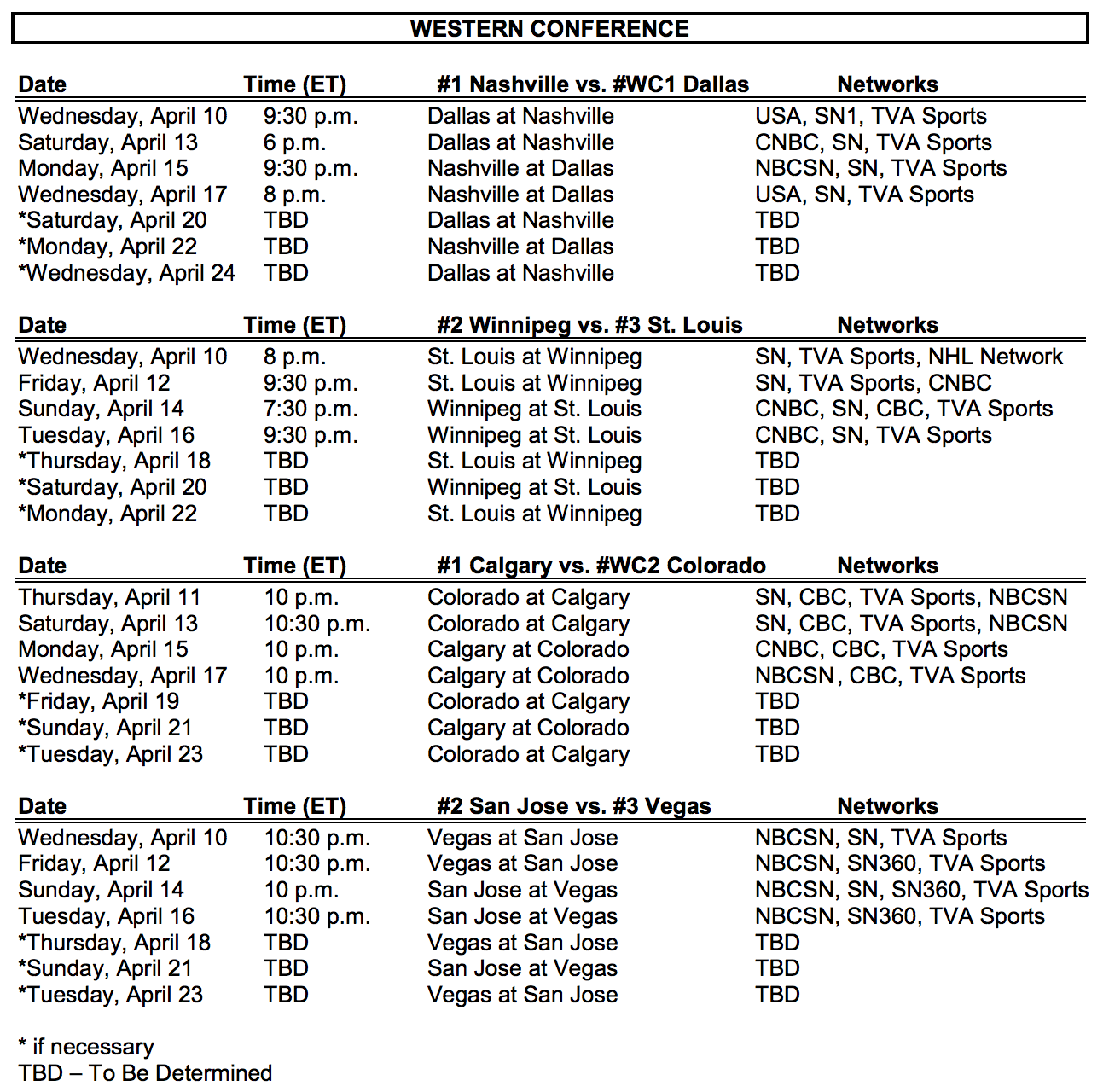