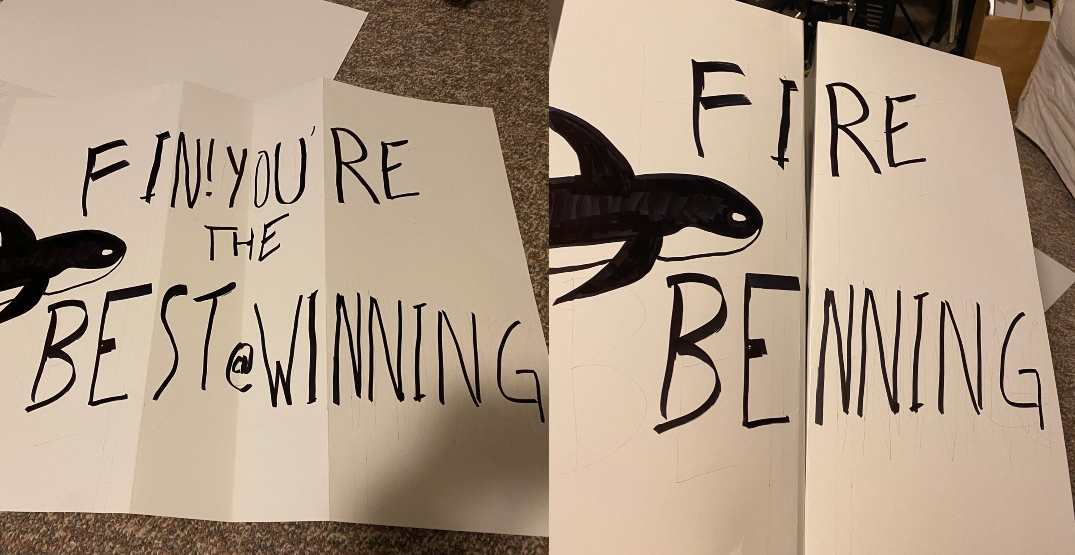 How do you sneak a “Fire Benning” sign into Rogers Arena?

If spotted at the door by Canucks security, it’ll likely get taken away.

But when folded up, it had a different message.

the #Canucks took my sign away. how am I supposed to express myself to determine the employment of management? isn’t that what aquilini wanted?? pic.twitter.com/jxkeINFHxt

A video posted by @j_hari09 confirms it.

Benning sending his goons in pic.twitter.com/s3jTiEgOaj

Rogers Arena’s website states that you can be denied entry if you are carrying “unauthorized signs or banners.” Fans are asked to make sure that their “clothing, signs, and banners are inoffensive” as part of the arena’s code of conduct.

The fan was one of many who protested Canucks management, coaching staff, and ownership at Wednesday night’s game. With a 5-10-2 record, this is Vancouver’s worst start to a season after 17 games since 1997.

Jim Benning, who has been the team’s general manager since 2014, is holding a press conference at Rogers Arena this morning, but no firings are expected to be announced.