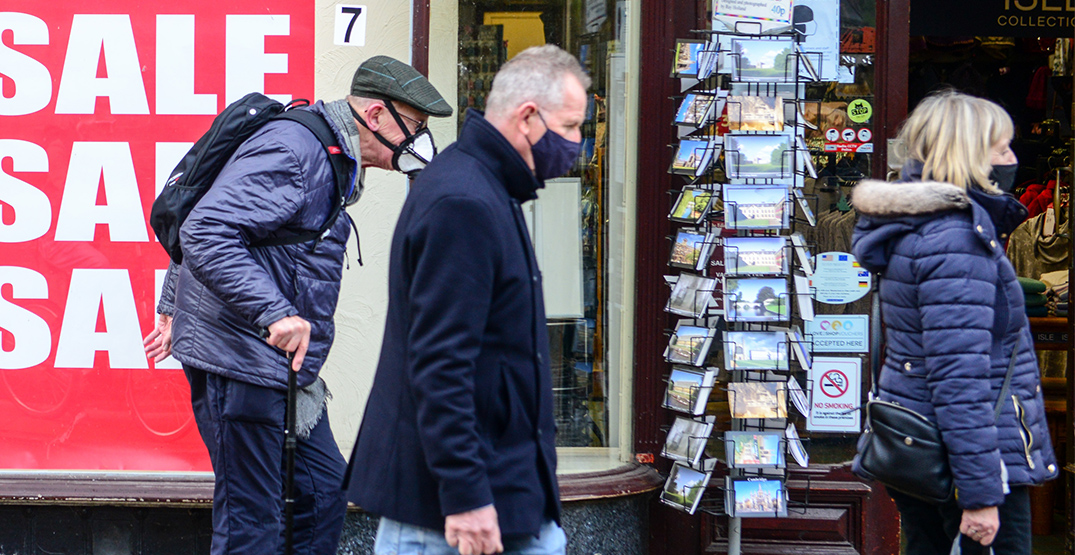 People wearing face masks in Cambridge, UK. "Stealth Omicron" is believed to be behind surge in COVID infections in the UK. (Kevin Hodgson Photography/Shutterstock)

There’s a new COVID sub-variant that’s contributing to the recent surge in infections around the globe, and it’s bringing Canada’s spring COVID forecast into question.

Scientists call this version of the coronavirus BA.2, but it has been dubbed as “stealth Omicron.”

Earlier this week, the World Health Organization (WHO) said BA.2 is now the dominant COVID-19 variant around the world. In particular, countries in Europe, Asia and Africa have seen a rise in infections, deaths and hospital numbers due to this variant.

“The growth rate of BA.2 internationally appears to be highest where there is a combination of low booster coverage and where BA.1 has not already driven high infection rates,” she explained in a tweet on Monday.

1/4 #COVID19 key concerns 🇨🇦 : as we expect the SARS-CoV-2 virus to continuously evolve, we are closely monitoring & preparing for new variants. In Canada, the BA.2 sub-lineage of the Omicron variant is increasing, but at a slow rate. https://t.co/w5oqUXhnVY

However, as provinces lift mask mandates across Canada, the Omicron sub-variant is likely to spread in the country.

Here’s what you should know about “stealth Omicron.”

Why is it called “stealth Omicron”?

Evidence suggests that BA.2 isn’t only more transmissible but considered more difficult to detect than the original version of Omicron, BA.1.

Researchers found that BA.2 is considered “stealthy” because its genetic traits make it harder to differentiate from the Delta variant through PCR testing.

Caroline Colijn, Canada 150 Research Chair and epidemiologist at Simon Fraser University, told Daily Hive that this evolution of Omicron is not unexpected.

“Omicron has a very large population around the world, and it’s going to continue to diversify and adapt,” she said.

What are the symptoms of  “stealth Omicron”?

Colijn says that as of now, there’s no research that suggests there are differences in symptoms between BA.2 and the original Omicron.

As evidence has shown, the original Omicron’s symptoms are milder. Cold-like symptoms like a sore throat, feeling of fatigue, runny nose, coughs, fevers, and body aches could all be signs of a case of both BA.1 and BA.2.

If you think you’re experiencing Omicron symptoms, and don’t know what to do, read this for advice from medical experts.

While “stealth Omicron” may be more transmissible and therefore have a higher portion of cases, Colijn says that doesn’t necessarily mean that it’s “more able to invade immunity.”

Should Canadians be worried about a rise in “stealth Omicron” cases?

“At the time that we’re removing public health measures and protections, we will likely see another surge of infections,” said Colijn.

However, she adds that if there is a surge, it’ll probably be lower than the first Omicron wave over December and into January.

As of Friday, over 80% of Canadians have been fully vaccinated, with 46% boosted, according to the government’s vaccine tracker.

What should you do to prep for this possible spike in infections?

Colijn says that getting a COVID-19 booster shot will put you in a strong position to protect yourself from the new variant.

She adds that while mask mandates have been removed in many provinces, it’s still a good idea to wear them.

“Individuals families, communities, groups, employers, and so on can support [the] continued use of masks where it’s possible to do that,” said Colijn.

Monitoring and improving ventilation in buildings and better access to rapid tests, which have been addressed during the pandemic, are also tools that can continue to help prevent spread without having to lockdown again, Colijn says.