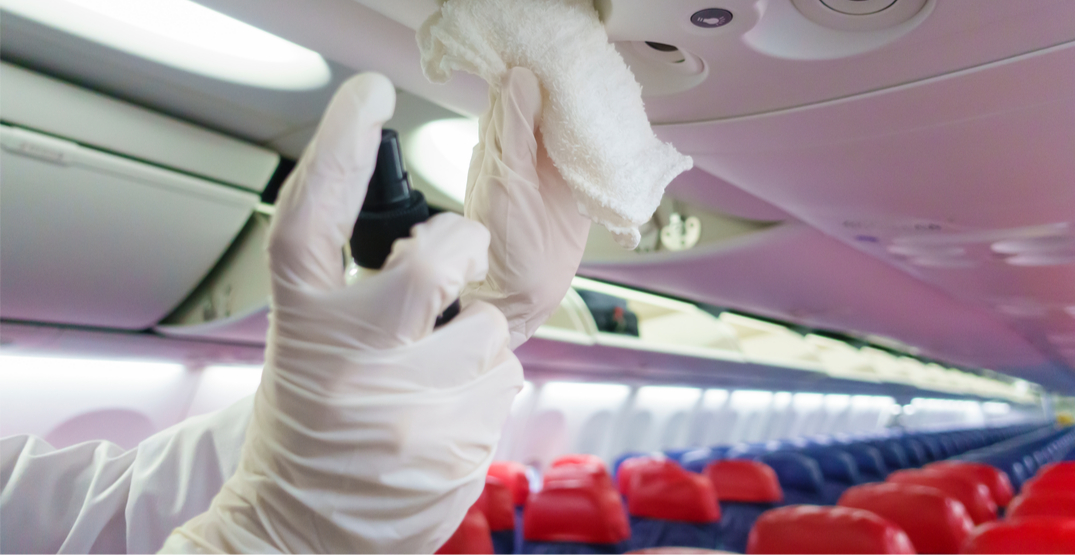 The Canadian government has recently identified 14 more international and domestic flights in which passengers may have been exposed to COVID-19 since August 10.

According to information gathered through reports from provincial and territorial health authorities as well as international health authorities, flights with COVID-19 have landed or departed from Toronto, Halifax, Montreal, Calgary, Edmonton and Vancouver since August 10.

Most recently, in domestic travel, eight flights have been added to the exposure list.

Also on August 11, two flights travelling from Vancouver to Toronto also were added to the list. Passengers on Air Canada flight AC116 may have been exposed, especially those in rows 39 to 45, as well as WestJet flight WS720, rows 4 to 11.

On August 10, two more Air Canada flights were added, one from Vancouver to Toronto (AC116, rows 7 to 13) and another from Montreal to Toronto (AC423, rows unknown).

One (WS141) took off from Edmonton headed to Vancouver, with rows 17 to 23 the most at risk, while the other (WS270) travelled from Vancouver to Toronto, with rows 24 to 30 being flagged.

In international travel, five new flights to or from Canadian soil were added to the list since August 10.

Most recently, Air Canada flight AC992 from Mexico City to Toronto on August 13 was added, with rows 11 to 17 the most at risk.

An Air Transat flight from Montreal to Port au Prince (TS664) also travelled with a confirmed case onboard on August 12. The most exposed rows are unknown.

Flying the day before, United Airlines flight UA4552 from Chicago to Toronto also was included on the list, along with rows 27 to 33.

Finally, on August 10, Air Canada flights from Athens to Montreal (AC805) and from Kingston to Toronto (AC1255 ) also had potential exposures. The rows on the Athens flight are unknown, while the Kingston flight lists rows 3 to 4 and 12 to 16 as the most at risk.

For up to date information or to see if your flight was affected, visit the Government of Canada’s website.