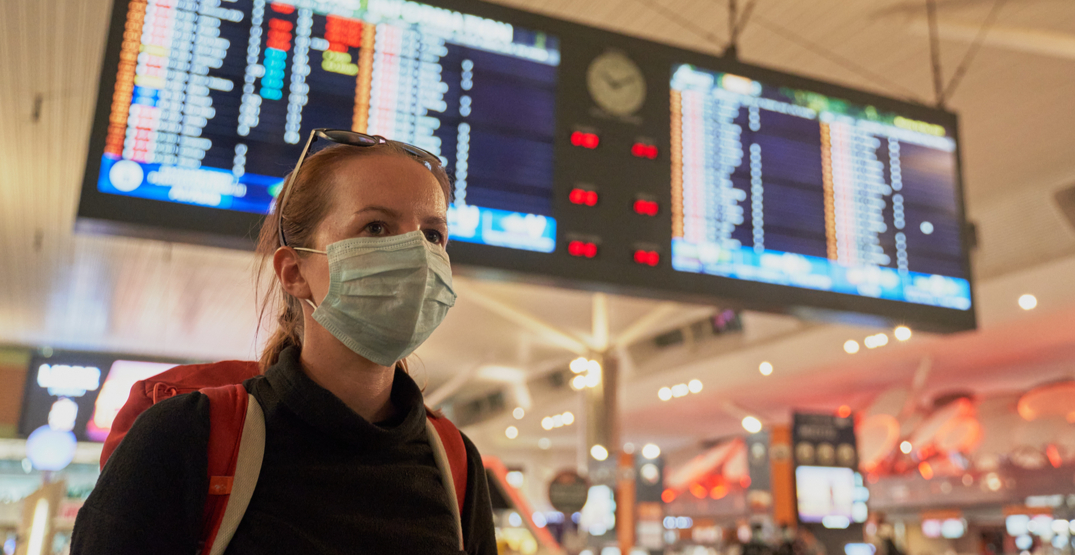 While most Canadians have been doing what they can to reduce the risk of COVID-19, there is a certain group that simply can’t be bothered.

A new study from the Angus Reid Institute found that a full 18% of their Canadian respondents “have expanded their social circles, don’t physically distance, and are ambivalent towards hand washing and mask wearing,” the study states.

The online survey, which was conducted between August 5 and 8 to a sample of 1,511 Canadians, broke the respondents into three categories based on their answers; the Infection Fighters, who are following public health measures carefully; the Inconsistent, who are taking a half-in, half-out approach; and the Cynical Spreaders, who aren’t really doing anything at all to prevent the spread of coronavirus.

The study found that 47% fell into the Infection Fighters category, 36% into the Inconsistent, and the remainder into the Cynical Spreaders. 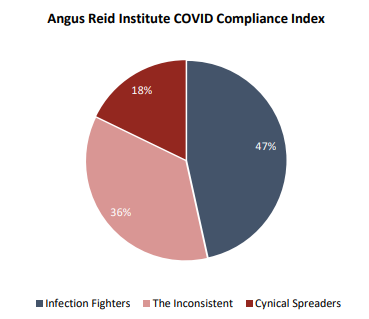 The latter group was largely populated by younger Canadians, with respondents being more likely to be Cynical Spreaders the younger they were.

Respondents aged 18 to 24 actually saw a larger percentage of their group falling into that category (34%) than into Infection Fighters (32%).

Compare that to the oldest demographic, respondents aged 65+, which saw 61% doing the most that they could to prevent the spread, and just 9% forgoing public health measures entirely.

The study also found that Conservative Party of Canada voters were nearly four times more likely to fall into the Cynical Spreaders category than their Liberal and NDP-voting counterparts.

University-educated respondents were the most likely to be considered Infection Fighters, followed by those who attended College/Tech School, and then by those with an education of high school or less. 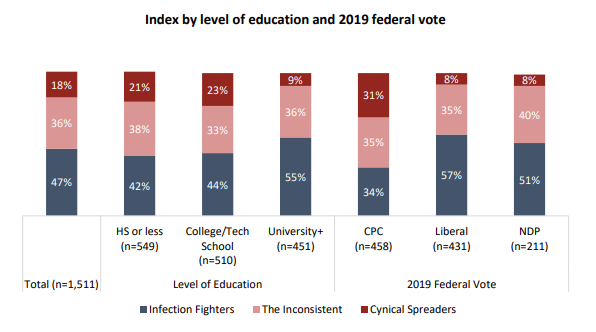 The study found that the respondents who were least likely to follow public health measures were also most opposed to the current restrictions, with 59% of the Cynical Spreaders feeling that the restrictions go too far, and only 9% thinking that they don’t go far enough. 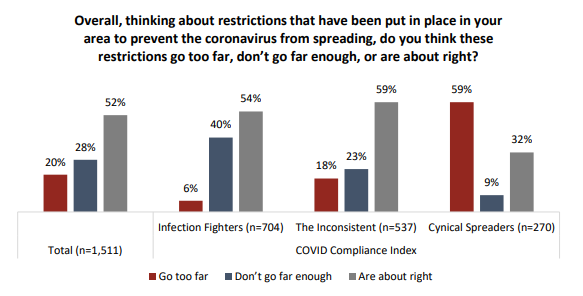