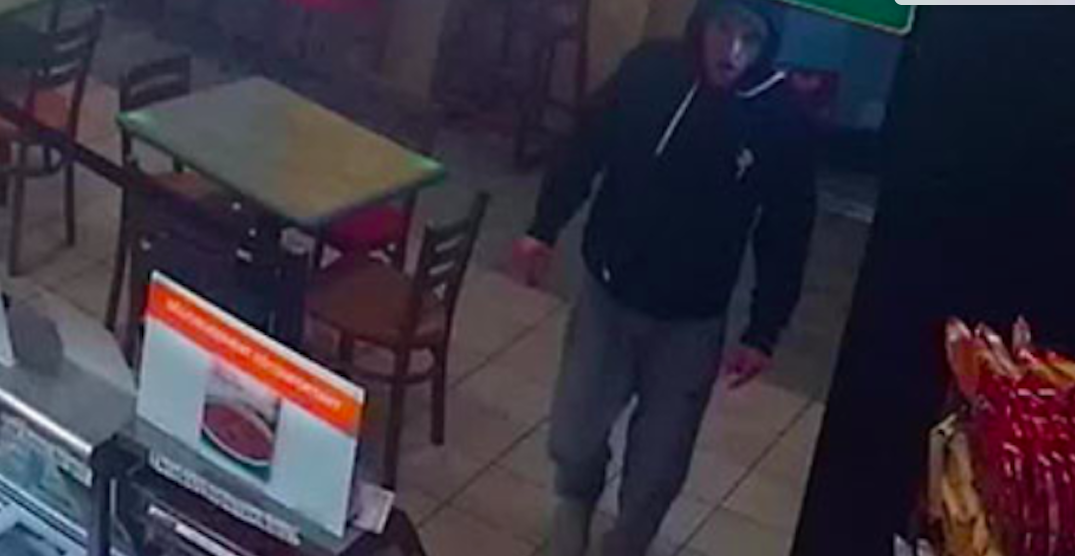 Police in Coquitlam are looking for a man who allegedly robbed the same Subway sandwich shop twice.

In a release on Tuesday, Coquitlam RCMP said the first robbery happened on March 6, 2020, just before 10 pm in the 2600 block of Austin Avenue. The suspect allegedly brandished a knife before jumping over the counter and stealing money from the cash register.

The second robbery happened at the same location and at the same time of day on March 14, 2020. “Just like the first robbery, the suspect jumped the counter before allegedly robbing the till,” police said.

Police said an image of the suspect was captured on security video during the second robbery.

He is described by police as Caucasian, approximately 6′ tall with a slim build, between the ages of 20 and 30, and “possibly wearing a black hoodie and grey sweatpants.”

Police are asking anyone who may recognize – or have information on – the suspect to contact the Coquitlam RCMP non-emergency line at 604-945-1550. Those who wish to leave an anonymous tip can do so by contacting Crime Stoppers at 1-800-222-8477 or by leaving a tip online.