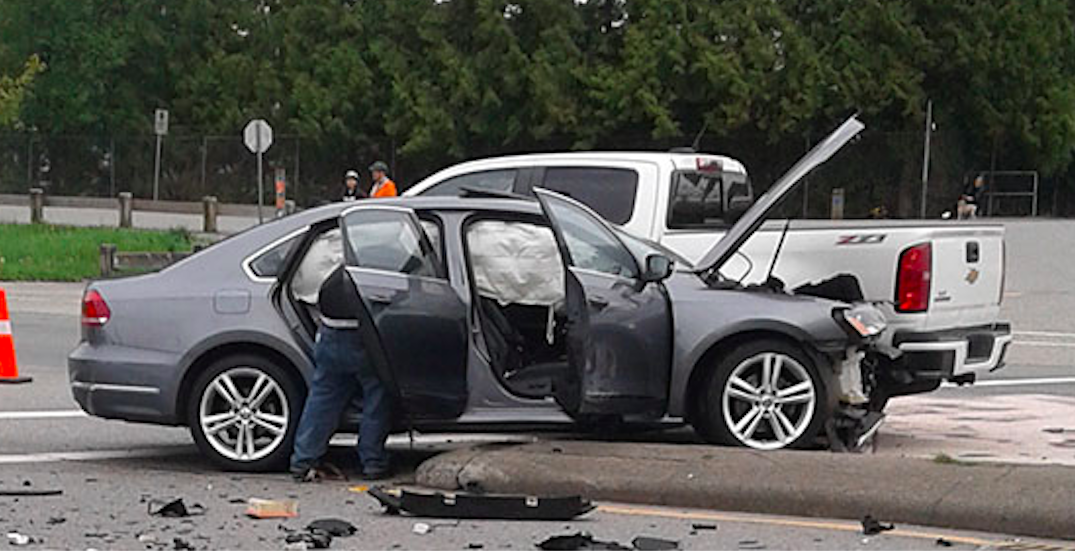 A vehicle collision initially thought to be “minor”  in nature has resulted in the death of a Pitt Meadows man, and now police are asking for additional witnesses to come forward, as the investigation continues.

According to Coquitlam RCMP, the incident happened this past Sunday, April 26, 2020, just before 5 pm, at the intersection of Mary Hill Bypass and Pitt River Road, in Port Coquitlam.

After police arrived on scene, the driver of the Subaru and one of his passengers were taken to hospital with what “appeared to be minor injuries,” police said.

However, just after midnight on April 27, the 82-year-old passenger died from his injuries. Now, the Coquitlam RCMP Criminal Collision Investigation Team (CCIT) has now taken over the investigation.

And while police said some witnesses have already spoken to police, investigators are appealing to anyone else who saw the collision, or the immediate moments beforehand, to contact the Coquitlam RCMP non-emergency number at 604-945-1550 and ask for the Collision Team (file 2020-10802).