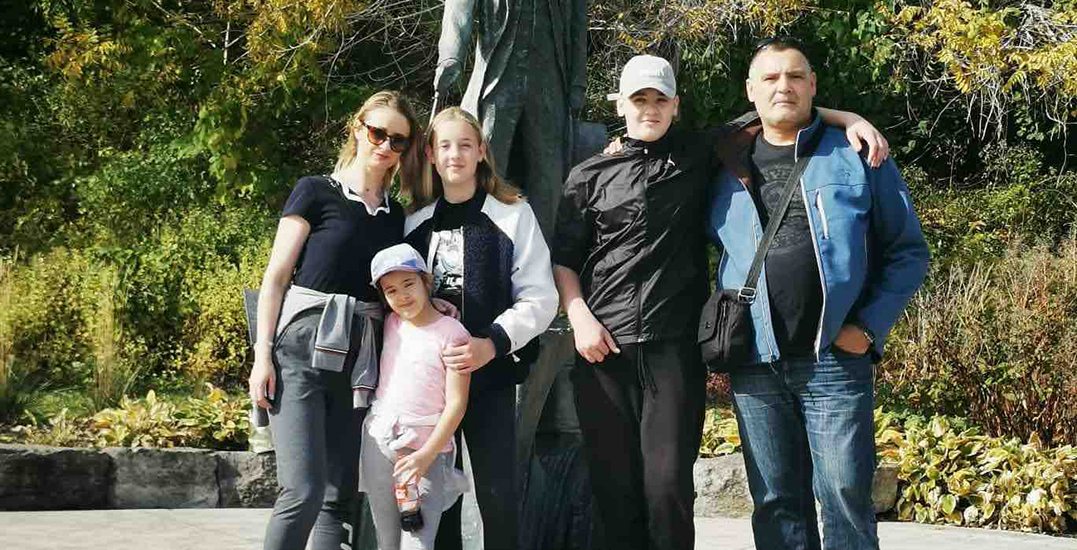 The Savic family, who was involved in a serious car crash in late December (Mlada Srbadija/GoFundMe)

A GoFundMe has been started after two children were left with brain damage following a horrific car crash that happened after a driver allegedly tried to evade a traffic check.

On the morning of December 27, six people were sent to the hospital as a result of a collision in Coquitlam. The Independent Investigations Office (IIO) of BC says that a police officer was conducting a speed radar check on Highway 1.

The officer “observed a grey Dodge Charger allegedly speeding and attempted to conduct a traffic stop,” according to a statement from IIO BC.

“The vehicle did not stop and exited the highway at Brunette Avenue, where it collided with another vehicle.”

The lone driver of the Dodge Charger, as well as all five occupants of the second vehicle, were taken to the hospital.

The GoFundMe was started by Mlada Srbadija, a Folklor dance group that the children of the Savic family belong to.

The fundraiser says that the family of five includes three children. One of the children only sustained minor injuries, but the two girls “sustained serious head injuries, resulting in brain damage” and “affecting speech and motor skills.”

The Savic family, who was involved in a serious car crash in late December (Mlada Srbadija/GoFundMe)

“Unfortunately, the parents are unable to work due to this traumatic situation,” Mlada Srbadija writes. “They have a long road to recovery ahead of them.”

“The kids are part of our Folklor dance group family and we are kindly asking for everyone’s support to help the Savic family and ease their financial situation.”