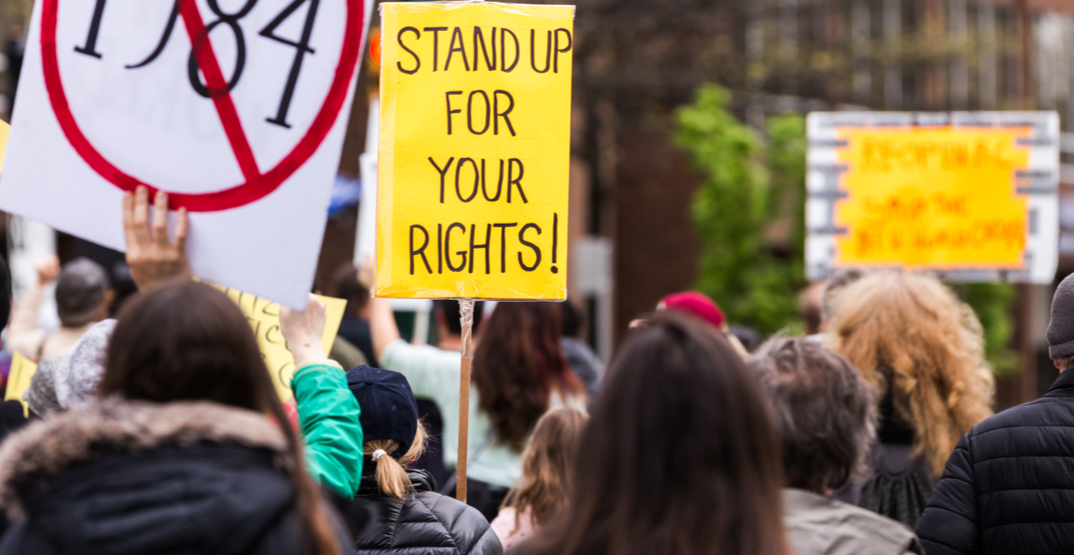 Royal Canadian Mounted Police officers in Kelowna have charged the organizer of an anti-COVID-19 protest with breaking public health orders.

In a release, Corporal Jocelyn Noseworthy said that a protest against virus-related measures was held in the city’s downtown area on January 9.

Police were present for the demonstration, which also included a march, to ensure the safety of protestors and the public.

“People in Canada have a democratic right to a lawful and peaceful protest, and the RCMP must use discretion when balancing a citizen’s rights with the current potential health risks associated to large public gatherings,” Noseworthy noted.

According to the RCMP, the person who identified themselves as the organizer of the event was given a $2,300 ticket for violating the provincial public health orders.

The name of the organizer is not being released at this time.

“Public safety is a priority for the RCMP, and we encourage everyone to adhere to the orders being implemented to keep everyone safe and reduce the risks. These orders are not optional,” said Superintendent Kara Triance, Officer in Charge of the Kelowna RCMP.

“While we will continue to enforce the provisions available to us, we encourage everyone to voluntarily comply with the provincial health orders, so enforcement is not required.”