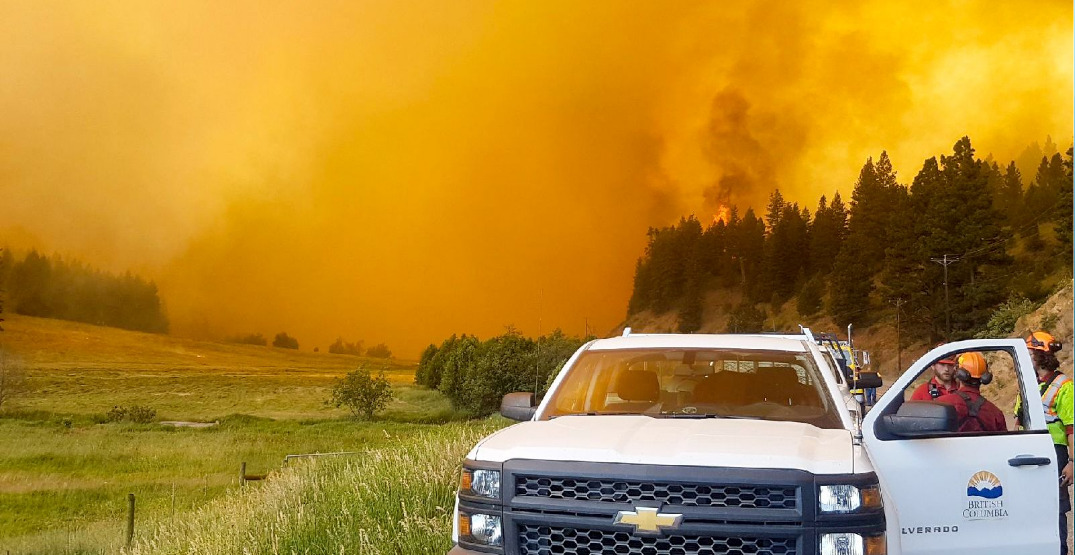 Update: Transportation BC announced just before 12 pm that the Coquihalla Highway has reopened for essential travel only.

The BC Wildfire Service has 86 wildfire evacuation orders in place, with an additional 125 evacuation alerts in effect on Tuesday morning. For people in affected areas, this has made this more difficult as the Coquihalla Highway remains closed.

The orders and alerts are a result of 264 active wildfires burning in the province. Parts of the Coquihalla Highway were closed on Sunday evening, and they have not yet re-opened. Closures have also impacted parts of Highway 1, and Highway 12.

Along with the closure of the Coquihalla, Highway 1 is also closed between Hope and Lytton. BC transportation officials are suggesting an update on this closure won’t be made until Wednesday morning.

My sister lives in #Kamloops, she sent us these photos today of the #wildfires in BC on her way home. It’s a helpless feeling being so far away. pic.twitter.com/slhr4Qm7RN

Kelowna and Kamloops are experiencing the worst of it right now, with 84 fires burning in the Kamloops Fire Centre.

BC Wildfire Dashboard on Tuesday morning

Evacuation orders are in effect for over 10,000 properties, with alerts in place for almost 30,000.

Coming back from a job site in the Interior. Grateful for our fire fighters and their heroic dedication during this challenging time. Thinking of all those affected, stay safe. #Kelowna #Okanagan #BCWildfires #pleaserain #StaySafe pic.twitter.com/O6LbNTottp

To make matters worse, a mudslide occurred on Monday evening, affecting parts of Highway 1 and 12.

Crews worked through the night to clear debris after mudslides hit #BCHwy1 and #BCHwy12 near #LyttonBC.
Closures currently impacting both highways. @DriveBC for updates: https://t.co/QBkHAkf8R9 pic.twitter.com/ivPcY96q1C

The Weather Network suggests that more scattered showers will help clear smoke from some areas in the BC Interior, but likely won’t be enough to douse out-of-control fires.

Emergency Management BC will be providing an update on the wildfire situation at 2 pm on Tuesday.