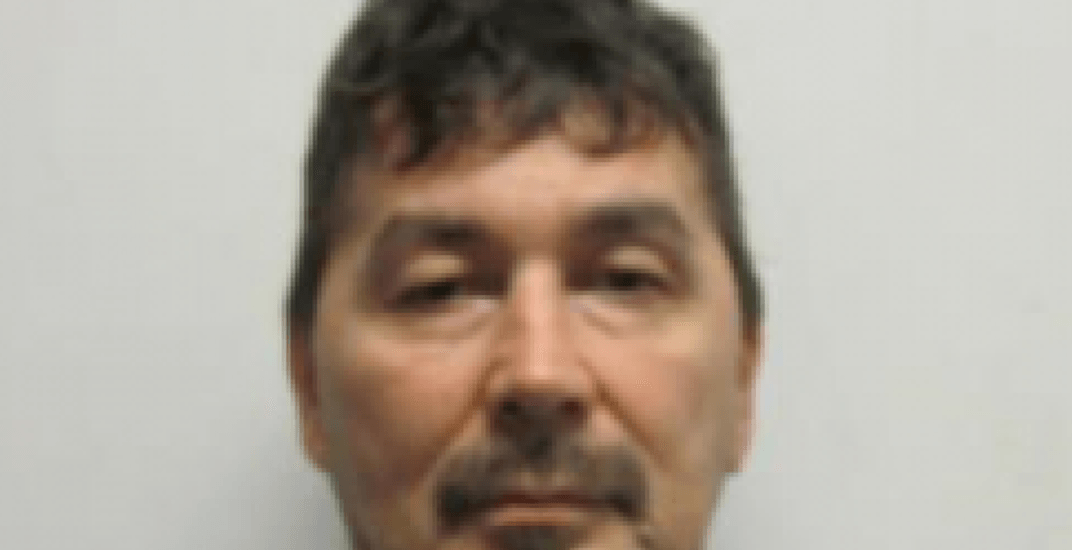 A convicted 55-year-old sex offender who is living at a halfway house in Vancouver has prompted a public warning from police.

Vancouver Police said James Ernest Armbruster has been granted a “one chance statutory release” and is currently residing in a Vancouver halfway house.

Armbruster is currently serving a sentence of 28 years and 11 months for convictions of sexual assault with a weapon, break-and-enter, and robbery.

He has been released on several conditions, which include:

Armbruster is described as a five feet nine inches Aboriginal man, who weighs 180 pounds and has short brown short hair and brown eyes.

He also has partial amputations on his right hand fingers.

Anyone witnessing James Armbruster in violation of any of his conditions is asked to call 9-1-1.