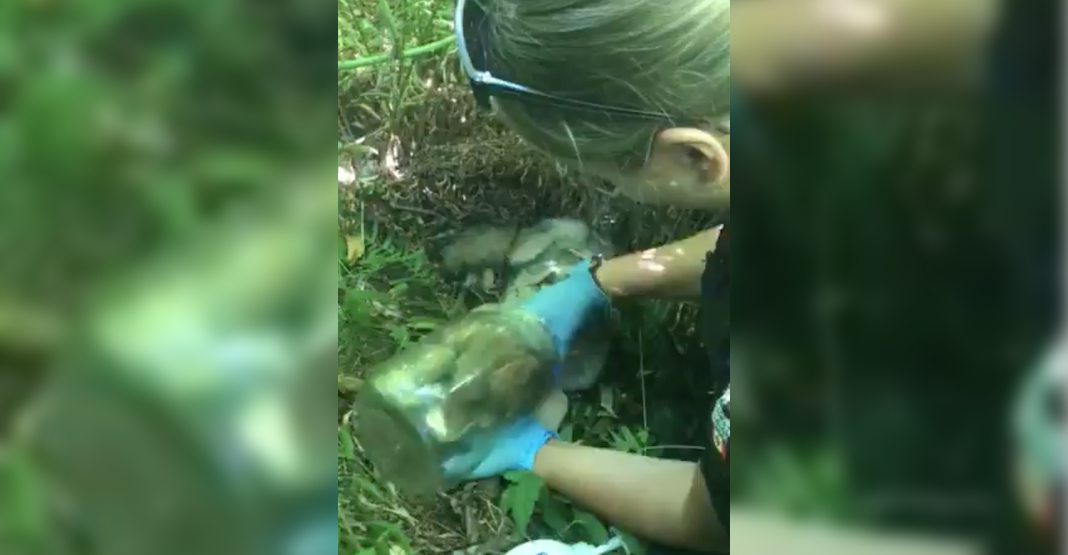 BC Conservation Officer Service (BC CO) saved a coyote near a Maple Ridge home after its head got stuck in a glass jar.

According to the BC CO Office, a family that lived on a property near where the coyote was found called the BC Conservation Office to notify them of an animal in distress.

A spokesperson said that upon arrival, they found the animal struggling to move near a ravine behind the property.

“Coyotes are quite dangerous animals, so we had to tranquillize the coyote to de-mobilize him before we could begin to remove the jar,” the spokesperson said in a statement to Daily Hive.

Once the animal was finally freed, officers poured water over its body to help it cool down, and remained with the coyote until it was able to regain some movement.

CO’s in #MapleRidge freed a coyote that had a glass jar stuck on its head. CO’s tranquilized the animal, removed the jar & poured water over its body to cool it down. The coyote recovered in the shade (with a water dish beside it). CO’s stayed until it began to regain mobility. pic.twitter.com/sHT993zBcT

The BC CO Office says that they advise people to always call them if they find any animals in distress, as they are well trained to address the situation.