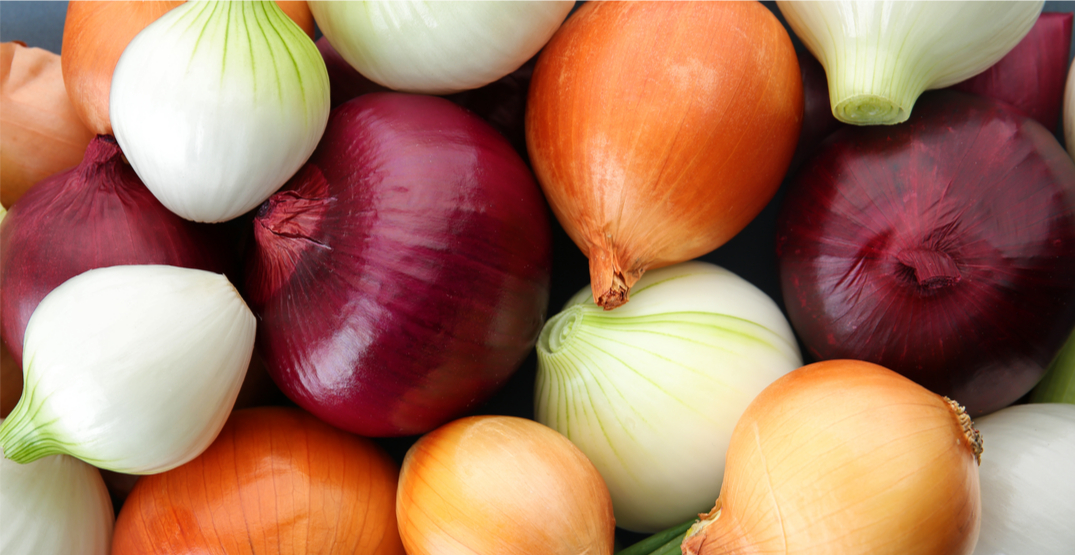 The Canadian Food Inspection Agency has released its updated list of onions being recalled due to Salmonella.

According to the CFIA, since July 30, there have been six additional illnesses reported in the ongoing Canadian investigation, including illnesses in Saskatchewan and Québec. There are now 120 confirmed cases in Canada.

“Although the investigation has determined that red onions are the likely source of the outbreak, Thomson International Inc. has recalled all varieties of onions that could have come in contact with potentially contaminated red onions, due to the risk of cross-contamination.

Some of these products were possibly distributed nationally, and they warn that additional food recall warnings in Canada are possible.

The recall issued on July 31, 2020, has been updated to include additional provinces and territories and additional products. Red, yellow, white, and sweet yellow onions by Thomson International Inc., imported from the USA, is recalled due to Salmonella. https://t.co/B5XsDZD75L pic.twitter.com/LirLneAlNQ

Individuals became sick between mid-June and mid-July 2020, and no deaths have been reported.

The CFIA also said those who became ill reported eating red onions at home, in menu items ordered at restaurants, and in residential care settings.

Onions grown in Canada are not affected by this recall.

Here is the full updated list of onion recalls, as of August 5. 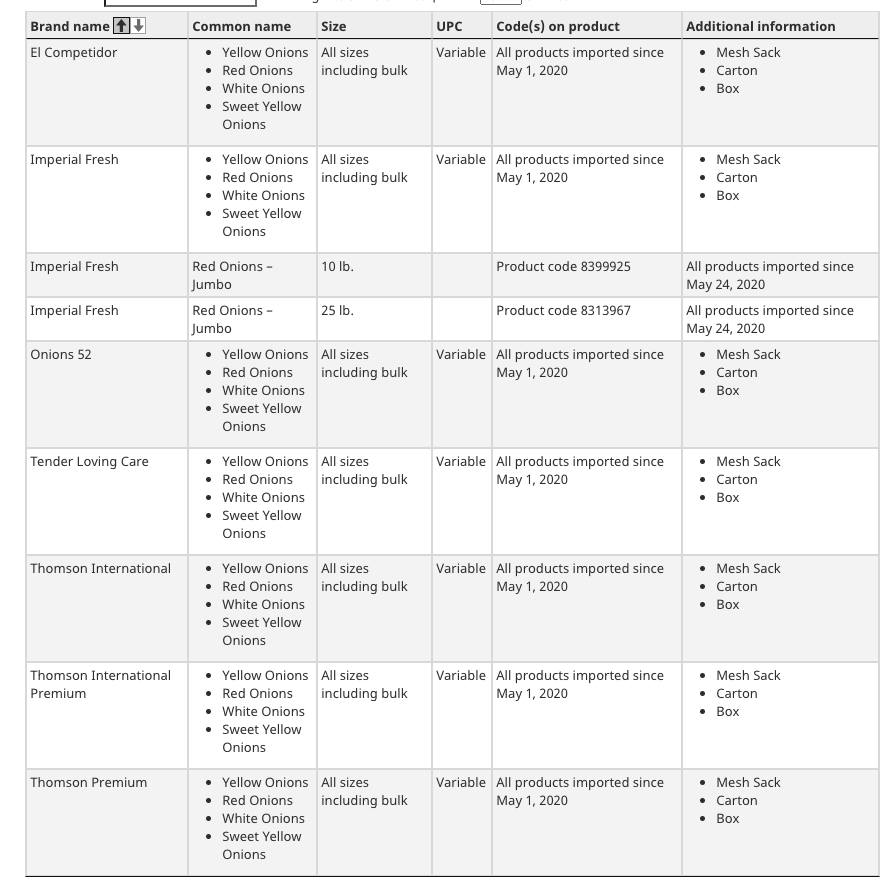