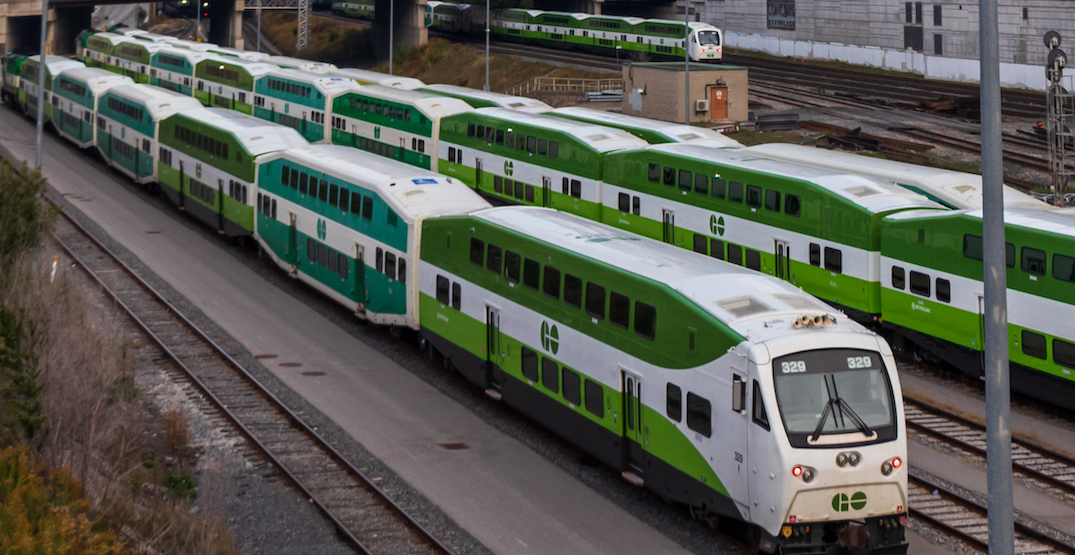 Interregional rail public transit could be coming to the Lower Mainland, providing a new link between the Metro Vancouver and Fraser Valley regions.

The throne speech delivered in the BC legislature this past Tuesday made note of commuter rail to the Fraser Valley as one of the long-term strategies for transportation in the economic hub of the province.

“Government’s partnerships with local governments means that work is already underway on a long-term vision for transit and transportation in the Lower Mainland,” reads the speech.

“British Columbians can look forward to more options like rapid transit, HOV lanes, and commuter rail out to the Fraser Valley, and high-speed rail connections with our neighbours to the south.”

But there are no specifics at the moment on the timeline, routing, technology, and cost, as such a project is certainly in its planning infancy.

In an email to Daily Hive, the BC Ministry of Transportation and Infrastructure says they are directly engaged in TransLink’s Transport 2050 consultations for its new 30-year regional transportation strategy, as well as with municipal leaders of the Fraser Valley and BC Transit.

“With a million more people coming to the Lower Mainland, the growth of the region including the Fraser Valley will depend on a strong transportation system,” reads the email.

“Without action, people and goods will be stuck in congestion, which is why we are working with regional mayors, TransLink and other stakeholders on the role that a range of transportation options, including commuter rail, HOV lanes, and high-speed connections with our neighbours to the south. Working together, we can keep people in the Valley moving now and for years to come.”

Over the years, the City of Abbotsford has been particularly vocal over their desire for a new rail transit link to the Fraser Valley, with city council recently approving city staff’s request to send a letter to TransLink to summarize the importance of regional connections, and work with TransLink, BC Transit, the FVRD, provincial government, and other municipal governments to review long-term transit needs, transit priorities, corridors, and funding options.

During the public meeting, Mayor Henry Braun noted he has had discussions with the Premier and the Minister of Transportation and Infrastructure. He also emphasized the need to widen Highway 1 with an additional lane in each direction, bringing it to three lanes each way, east of Langley to Chilliwack to accommodate growing freight traffic.

Previously suggested ideas for rail transit to the Fraser Valley include an eastward extension of TransLink’s West Coast Express commuter rail service from its existing terminus in Mission, a new rail transit service that begins at the future eastern terminus of SkyTrain’s Expo Line in Langley City Centre, or reviving the old Interurban route.

However, previous studies conducted by both TransLink and the provincial government have deemed utilizing the Interurban as highly impractical given the cost, calculated benefits, excessive travel times, and conflicts with growing freight traffic.

The West Coast Express is considered a success, with an average ridership of approximately 10,000 passengers per weekday. The service is limited to peak direction-only service, with just five train departures in each of the morning and afternoon peak periods. But service improvements have been limited, as TransLink leases track time from Canadian Pacific Railway, which owns the railway infrastructure and prioritizes track time for its growing freight business.

With an end-to-end travel time of just 75 minutes, between Waterfront Station in downtown Vancouver and Mission along a 69-km-long route with eight stations, the West Coast Express is faster than car travel. The size of the Lower Mainland’s commuter rail network is severely constrained, compared to the commuter rail systems of Toronto, Montreal, and even Seattle.

In the meantime, the provincial government states it has two projects underway to build HOV lanes on Highway 1 from 202nd to 26th streets, effectively providing carpool vehicles with a new 44-km stretch of HOV lanes between Langley and Burnaby.