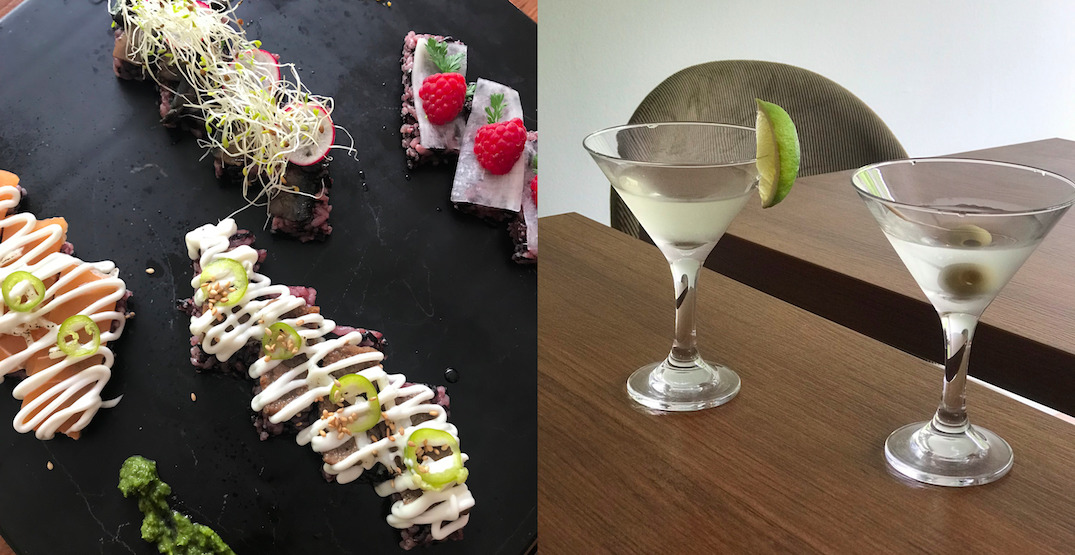 Vancouver is known for its incredible sushi – so much so that it’s actually been named the most sushi-crazed city outside of Japan.

This is why when a new sushi concept spot opens up, we take note.

COFU Pressed Sushi opened up earlier this year in February with a plant-based approach, offering only non-alcoholic drinks and completely vegan sushi dishes.

Located at #103-1833 Anderson Street, the little sushi spot just outside of Granville Island is a destination for folks looking for inventive and delicious plant-based sushi options – something that is hard to come by. 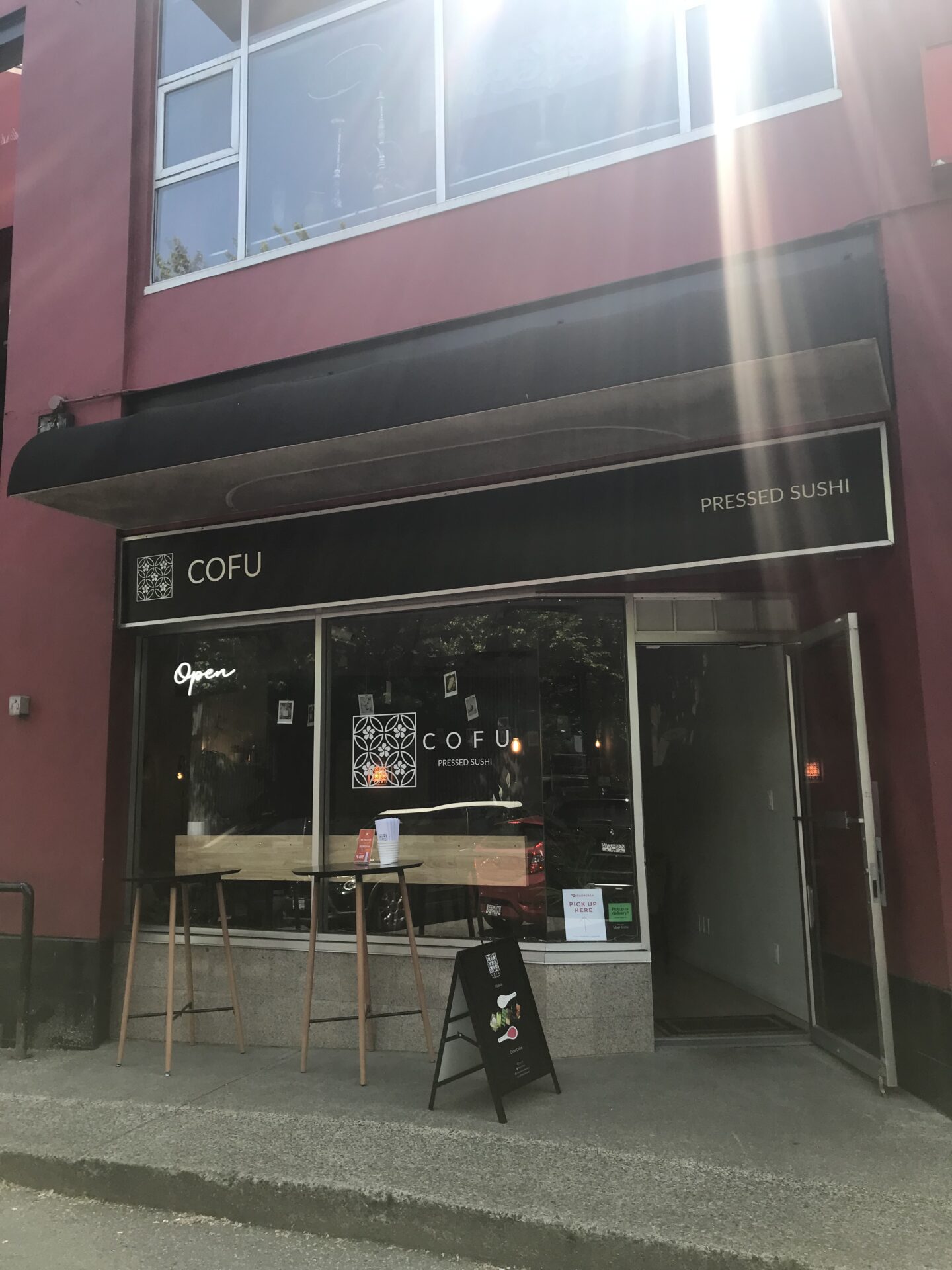 Back when it first opened, COFU told Dished it was Canada’s “one and only” plant-based sushi and sober bar, so we couldn’t wait to try it out for ourselves.

Open for lunch from Monday to Sunday from 12 pm to 3 pm and for dinner every day but Sunday, COFU has a small but mighty menu with great options for both times of the day. 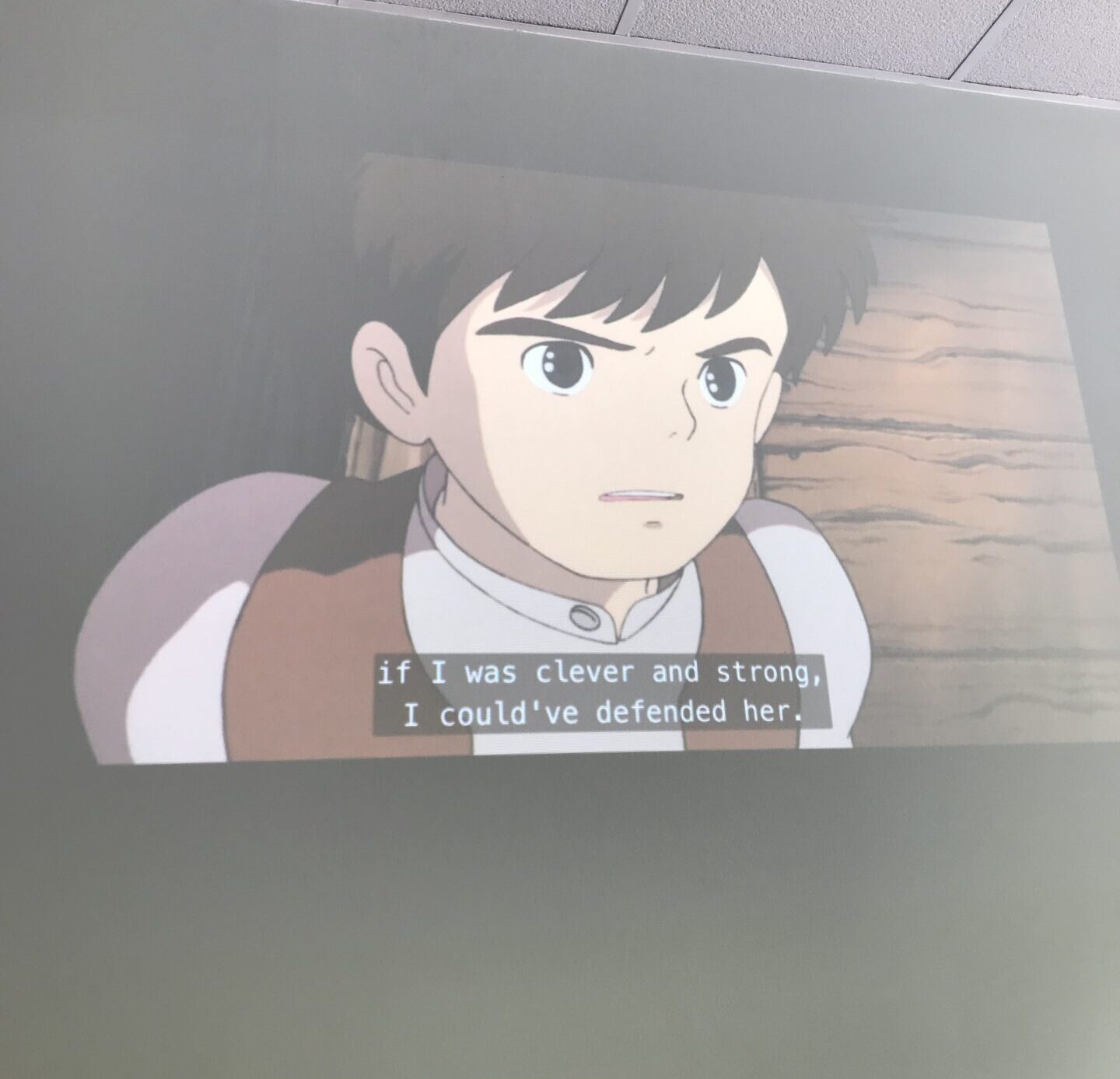 The space is small but welcoming and, during our visit, a projector was screening a Miyazaki film on the wall above the table.

The restaurant has just started to hold movie nights every Saturday night as of this month, screening some classics like Howl’s Moving Castle, Hairspray, and Sleepless in Seattle – definitely something to add to your calendar of fun and unique things to do in Vancouver.

COFU’s menu offers an omakase option, a custom option where you can pick your sushi type and sauce, as well as appetizers and dessert. 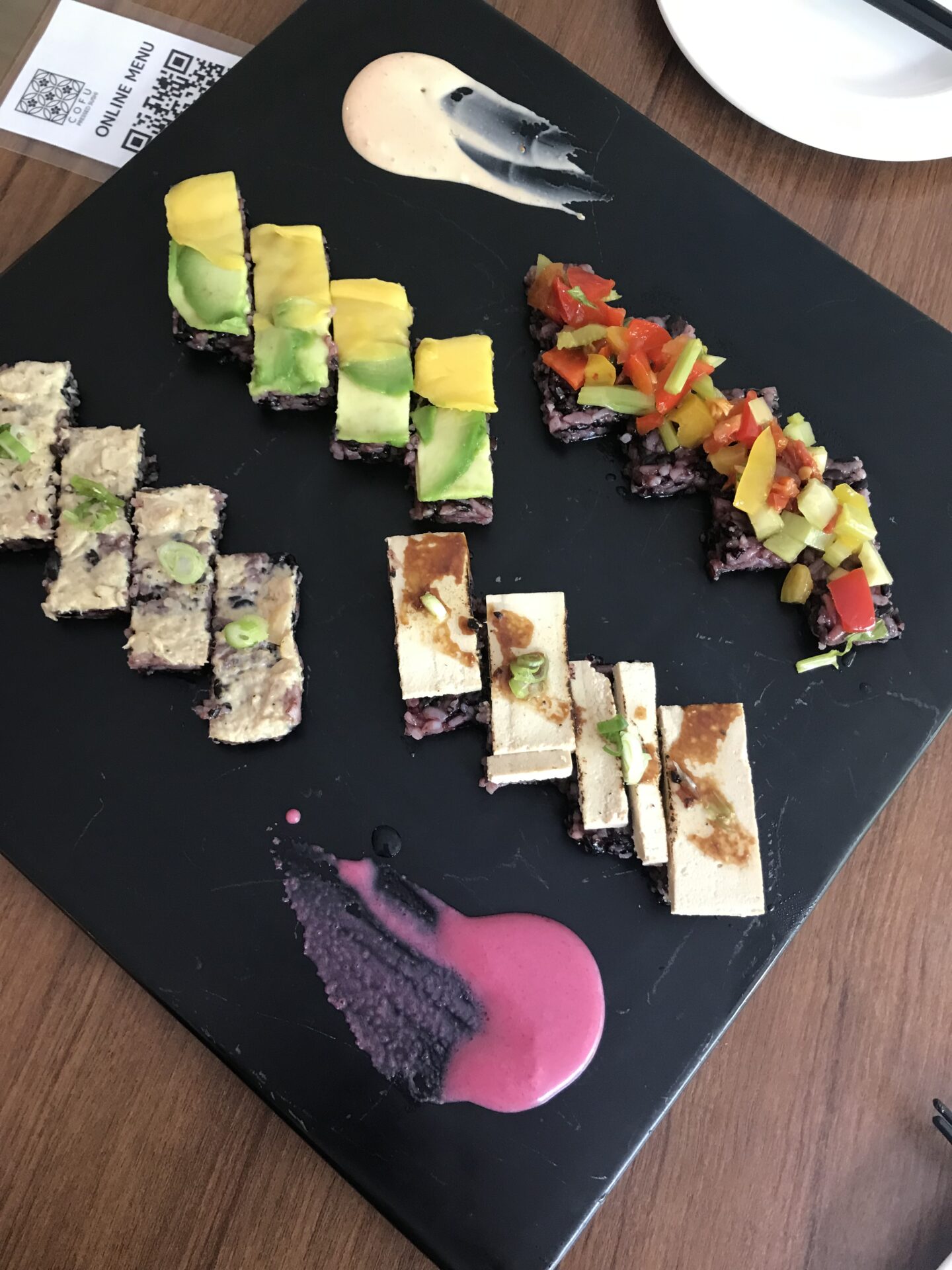 The vegan sushi menu includes veggie-forward options like organic red chard, portobello, marinated red radish and raspberry, and eggplant aburi. There are also vegan takes on smoked salmon, tuna, and short rib, but swapped out with ingredients like sweet potato and soy.

The combos from the omakase menu included a few of these options, making it a great choice if you want to try a few different things. These platters are also served with two different house-made sauces, including cilantro cucumber and wild carrot, but there’s also one made with beets (and is bright pink!) as well as a spicy mayo and maple mustard.

Owner Akiko Otsuka told us that the rice for the sushi is a combination of white and black rice with some house-made sushi vinegar. Black rice offers quite a few health properties, especially for the eyes and skin, she says. 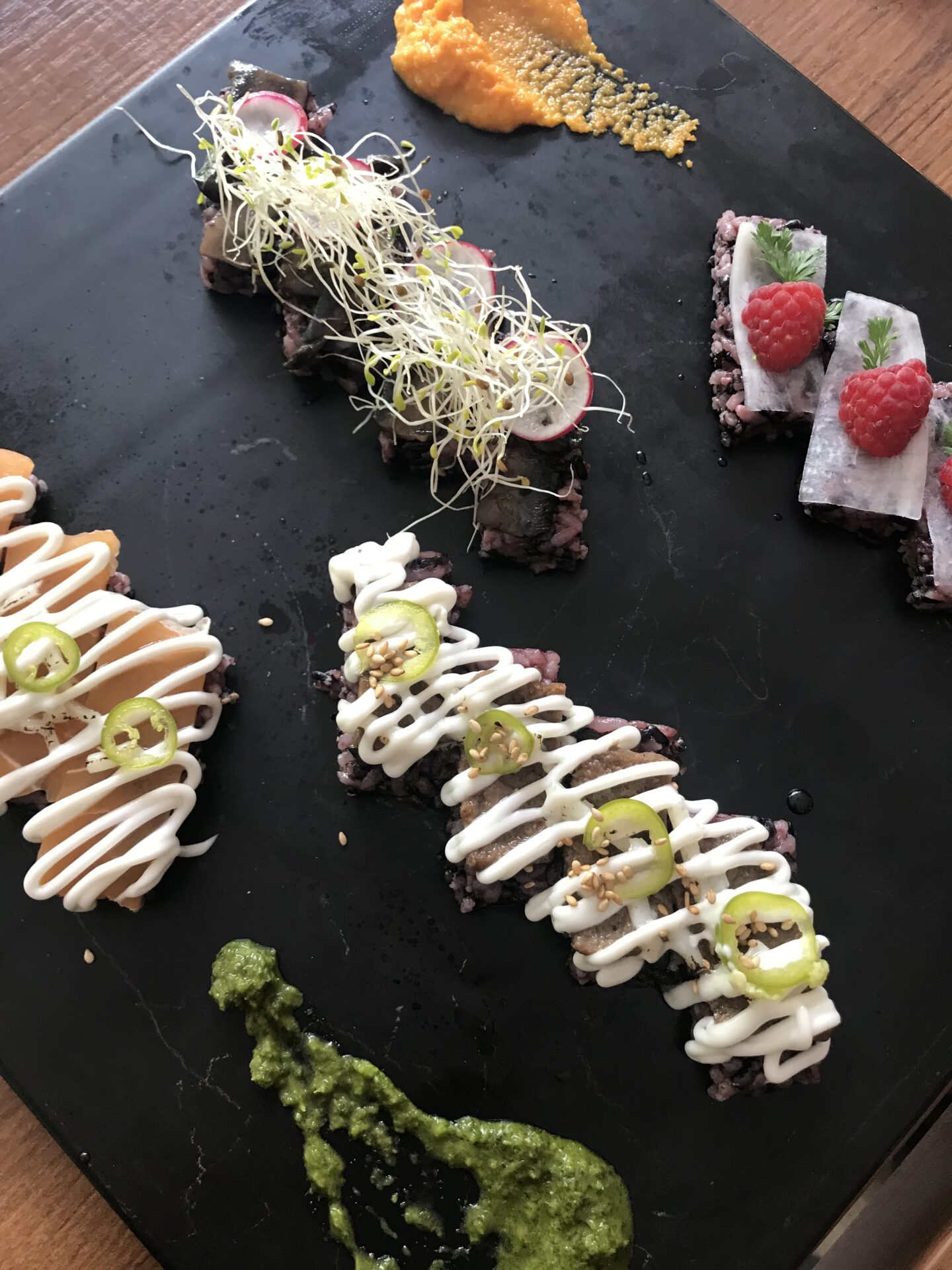 We tried the Asahi and Daichi combos, both of which come with 16 pieces of hand-pressed sushi. A definite highlight was the smoked salmon sushi, which is served with vegan chickpea-based mayo and thin slices of jalepeño.

The radish and raspberry option was a surprise favourite as well, combining the sweetness of fresh raspberries with the crisp, slightly peppery flavour of the daikon radish. 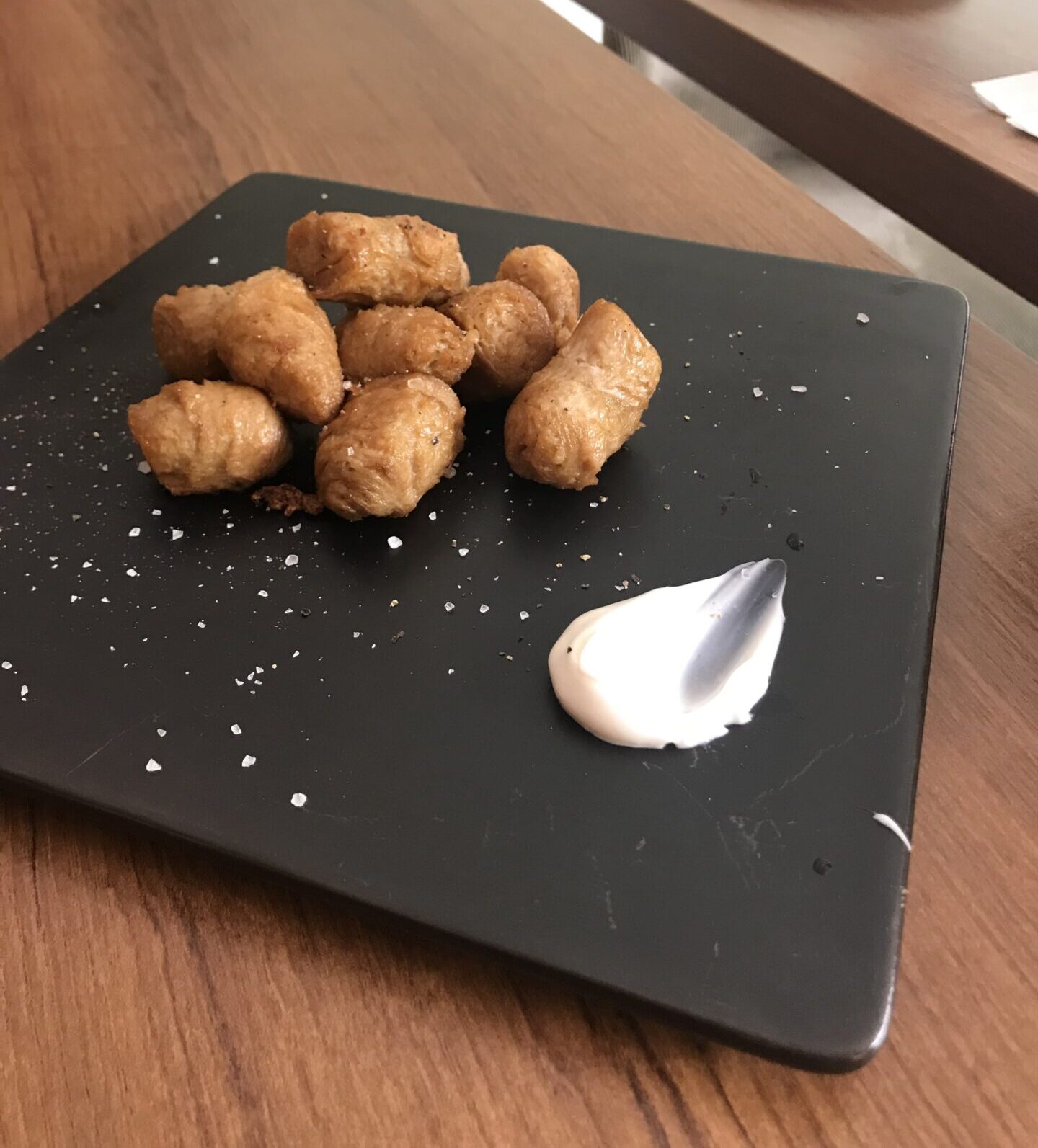 Appetizer options include gomae, salt cabbage, fried “fish,” fried “chicken, and edamame. The fried chicken dish, which we picked to try out, was made from marinated soy proteins, so be aware of this if you’re not into soy or if you have an allergy.

COFU also bills itself as a “sober bar,” offering non-alcoholic drink options for those who choose not to or can’t drink alcohol. This makes it a particularly great spot for pregnant people who miss being able to enjoy both cocktails and sushi.

The drink menu offers some alcohol-free versions of classic cocktails, like martinis and yuzu “gin and tonics,” using ingredients like Lyre’s White Cane Spirit and Sol Bru in place of the booze. 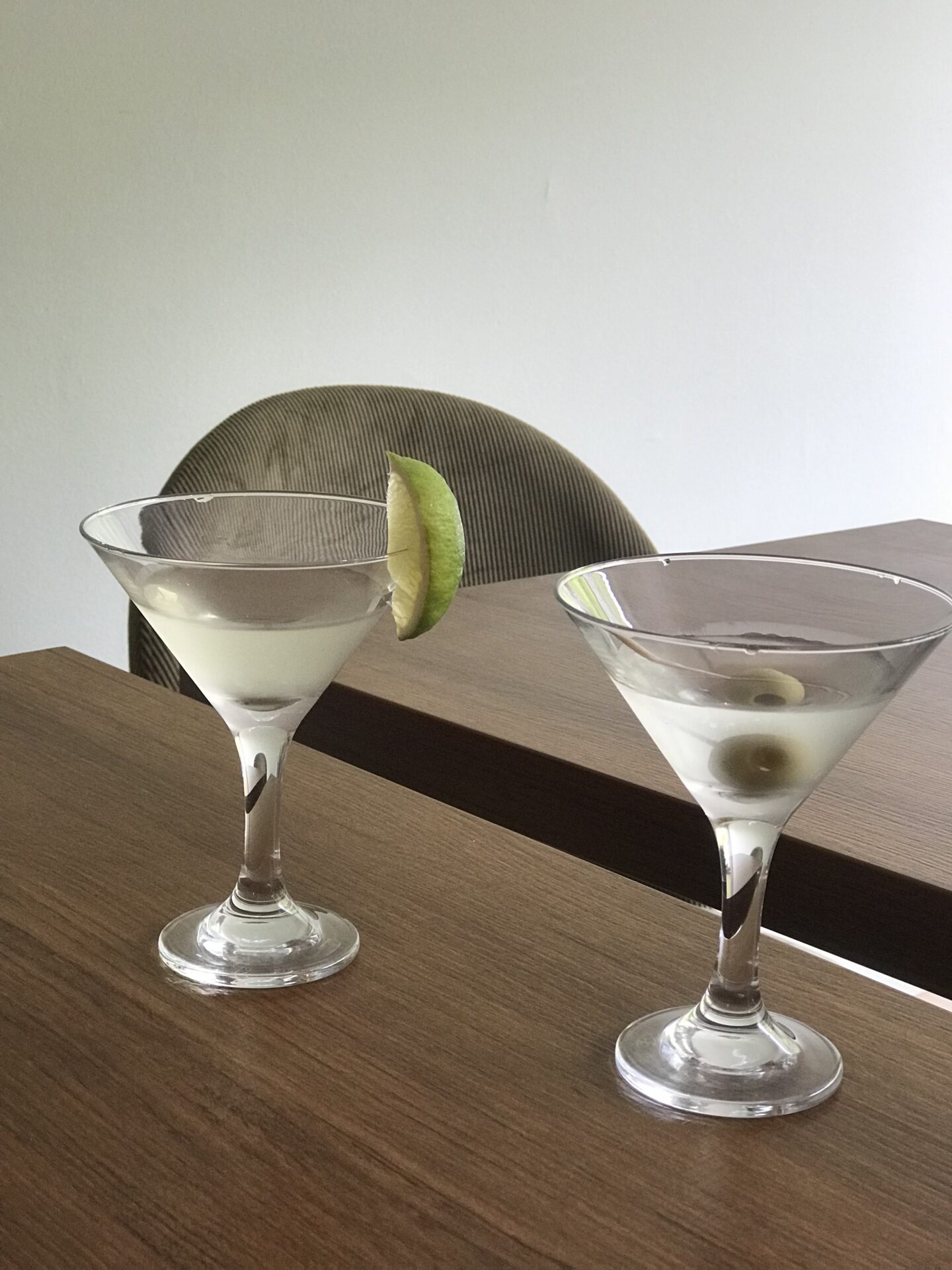 There are also non-alcoholic Japanese beer options, as well as well-known brands like Sober Carpenter, Partake, and BSA.

Finish the meal off with some vegan ice cream from Secret Ice Cream or organic creme brulee made by local brand Vegan Pudding & Co.

Because everything is plant-based and so veggie-focused, you leave feeling full but not over-stuffed. Otsuka takes care to ensure COFU’s offerings are both nutritious and also flavour-packed – something that can be challenging when it comes to vegan food – and her passion for healthful, delicious food comes through in every bite.

COFU Pressed Sushi should definitely be on the radar for folks looking for plant-based options in Vancouver, but it’s also a delicious, friendly, and fresh spot for those without dietary restrictions, too.