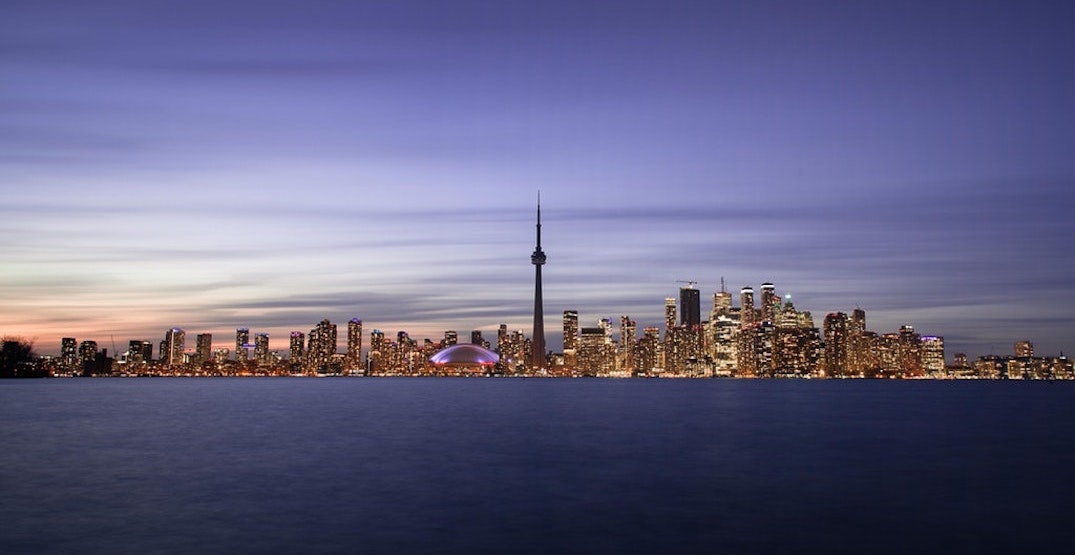 The popular Toronto landmark was one of many that turn off their lights following the horrific van attack on Yonge Street that took place a week ago.

The CN Tower is eerily dark tonight. What a sad day. pic.twitter.com/SluxKqHC5V

The 3D #Toronto sign in Nathan Phillips Square removed its usual colourful display and the CN Tower went dark tonight as a mark of respect to those who were injured and those who died on Yonge Street. #TorontoStrong pic.twitter.com/nnfIlmqZbO

The Toronto sign at City Hall will remain dimmed today in memory of all those who lost their lives in Monday’s horrific and deliberate attack. Official flags at Toronto City Hall, all Civic Centres & Metro Hall continue to be flown at half-mast.#TorontoStrong pic.twitter.com/38guqMaUqJ

On Friday afternoon, police officially confirmed the names of all eight women and two men who were killed in the van attack. The victims ranged in age from 22 to 94 and included two foreign nationals, a student from Korea and a man from Jordan.

As of Sunday evening, the city-organized #TorontoStrong fund for the families of those affected had raised more than $1.8 million.