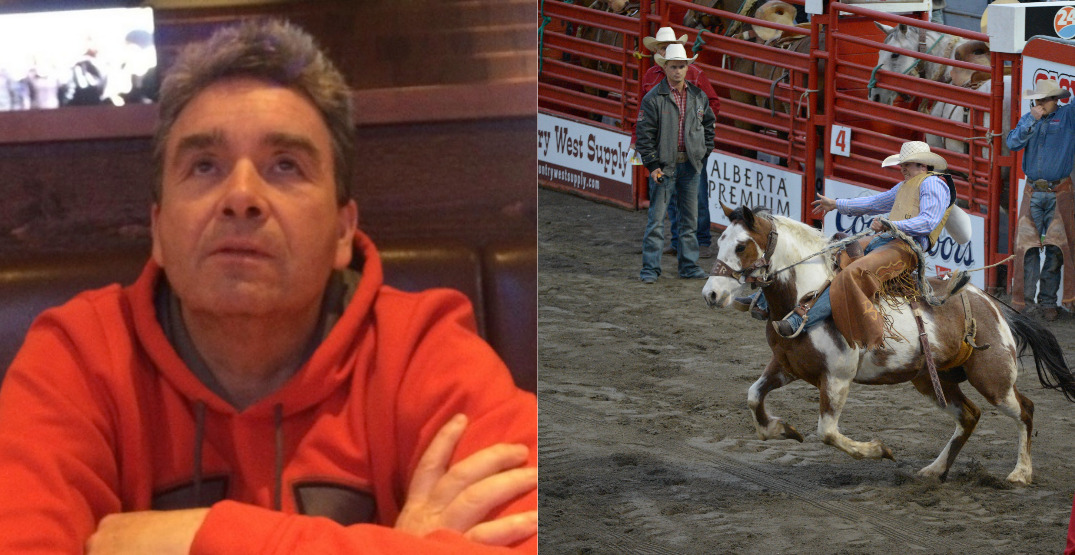 Bombshell allegations are being directed towards the former GM of the Cloverdale Rodeo, Mike MacSorley.

The allegations include mental and physical abuse of female employees, and racism towards the South Asian community.

A human rights complaint has now been filed on behalf of more than 20 workers and volunteers against the Cloverdale Rodeo & Exhibition Association, which goes to the BC Human Rights Tribunal to determine whether or not the alleged discrimination occurred.

Daily Hive has obtained a copy of the legal document and has spoken with one of the anonymous complainants, who is a prominent figure in the Lower Mainland.

All quoted lines are directly from the legal document.

The complaint begins by highlighting that the association has no formal policy or training in regards to workplace harassment, which includes no way for employees to report abuse.

The anonymous complainant told Daily Hive that taxpayers are now paying for MacSorley’s severance, after he was allowed to formally resign.

MacSorley became GM of the association sometime around 2014, until earlier this year.

In a request for comment from Surrey Mayor Doug McCallum, a Surrey spokesperson responded, “This file is before the Human Rights Tribunal, and the City will not be commenting.”

“If we want to cut down on crime, we have to get rid of the South Asians; they’re all killing each other anyway,” MacSorley is alleged to have told a volunteer.

MacSorley was once a member of the board for the Surrey Crime Prevention Society.

“Hindu food looks like baby diarrhea” and “Indian moms leave diapers everywhere” were among the remarks that were alleged in the claim.

It also alleges MacSorley “refused to interview or hire anyone he believed to have an Indo-Canadian name.”

The document also suggests that Shannon Claypool, who was the association’s president during the time that MacSorley was GM, condoned MacSorley’s activities.

“In or around 2015, Mr. Claypool sent a sexually explicit text message to a volunteer. In or around 2018, Mr. Claypool propositioned a different volunteer during an in-person conversation. Neither of the women complained about the conduct as the Association had no formal harassment policy or complaint mechanism.”

Claypool would also allegedly make jokes about the #MeToo movement.

“On one occasion in approximately 2018, Mr. Claypool commented, ‘Frankly I’d like to get some, me too’ while watching a group of Cloverdale Rodeo attendees dancing. Mr. Claypool made this remark at the event where he could be heard by all staff and volunteers in his vicinity.”

Possibly the most shocking allegation is that of physical abuse towards a female employee.

“For approximately four years, Mr. MacSorely was permitted to continuously physically and
psychologically abuse and harass the only female employee in the Association’s office. Mr.
MacSorely and the other male staff in this office each had private offices with doors,” the claim reads.

“Every day, Mr. MacSorely would sneak up behind this employee and jab her in the ribs or pull her hair, causing her to jump and injure herself on her desk.”

“Mr. MacSorely regularly threw large balls of wet paper towel at this woman. This employee was regularly the target of Mr. MacSorely’s extreme mood shifts. Mr. MacSorely frequently yelled at her, sometimes positioning himself so that his face was about an inch away from her face while yelling at her.”

Repeated warning signs had apparently been brought to the board’s attention but were routinely dismissed.

The association behind the Cloverdale Rodeo made no attempt to rectify any signs of abuse or harassment, according to the complainant.

The executive directors for the association and board ignored letters from former staff until it was brought to the City of Surrey’s attention, it claims. That’s when they chose to hire an external investigator.

The document, which was submitted by Barrister and Solicitor Rachel H. Roy, with Allevato Quail & Roy is legally seeking the following:

Daily Hive has reached out to Mike MacSorley for further comment.