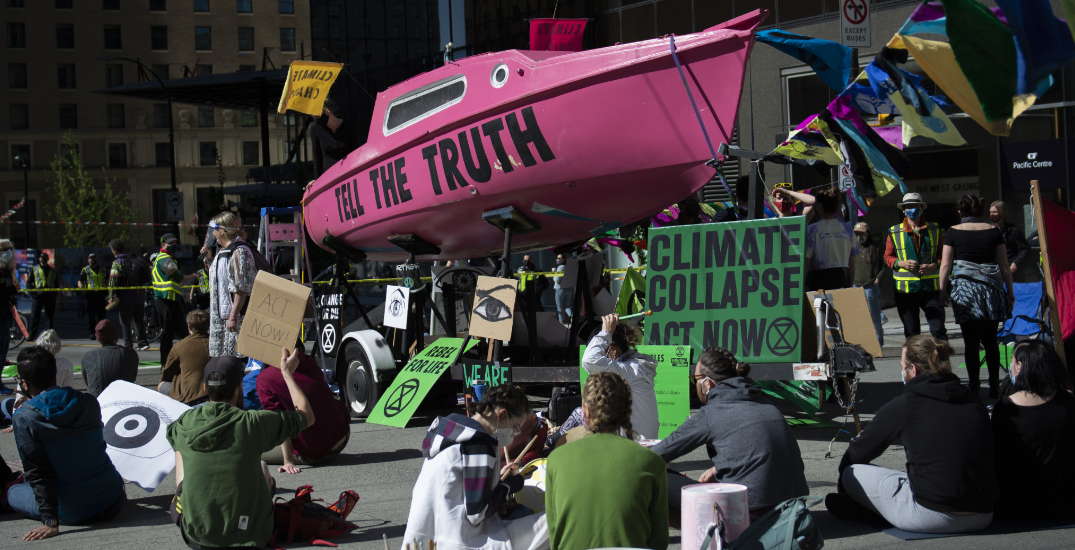 Multiple people have been arrested after climate protestors blocked a downtown Vancouver intersection with a 15-foot boat on Saturday afternoon.

Vancouver Police said five people were arrested after a group of 150 protestors occupied the intersection of Granville and Georgia Streets on May 1, causing “major” traffic disruptions.

Police said they allowed the group to “peacefully assemble and express themselves” for several hours before asking them to leave the area.

Although most attendees “were cooperative” and vacated the intersection, several people remained inside the boat and refused to leave.

As a result, five adults between the ages of 22 and 65 were arrested on counts of mischief and intimidation to block a roadway, police said.

In a release, Extinction Rebellion’s Vancouver faction said its members would begin a five-day “Spring Rebellion” by occupying the downtown intersection on May 1.

“Dozens of arrests are expected in the act of civil resistance,” the release noted.

The group’s next act of rebellion will take place on May 2. Protestors plan to occupy the Granville Street Bridge beginning

The group’s week-long rebellion will continue on May 2 – protestors plan to “peacefully occupy” the Granville Street Bridge this afternoon. 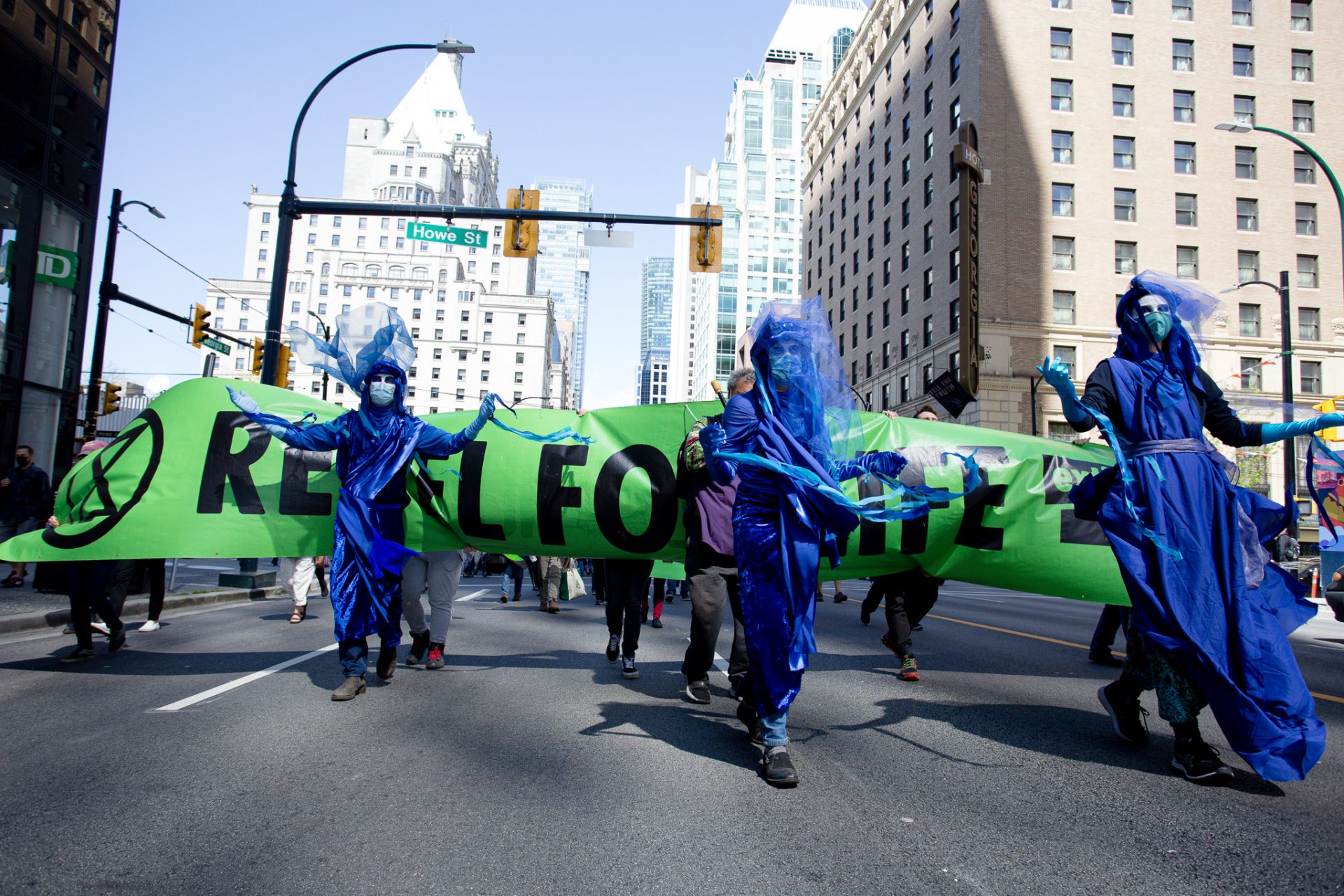 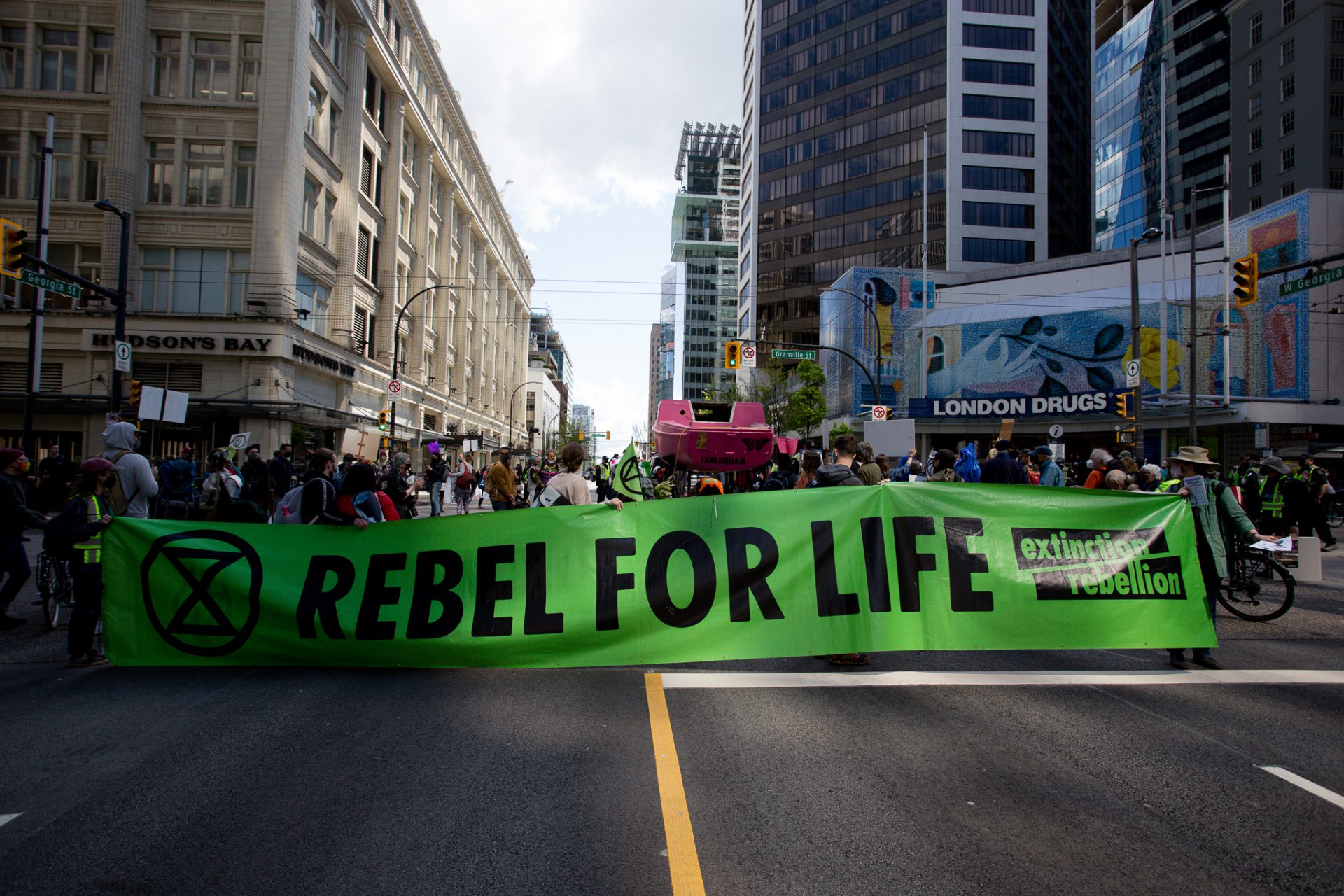 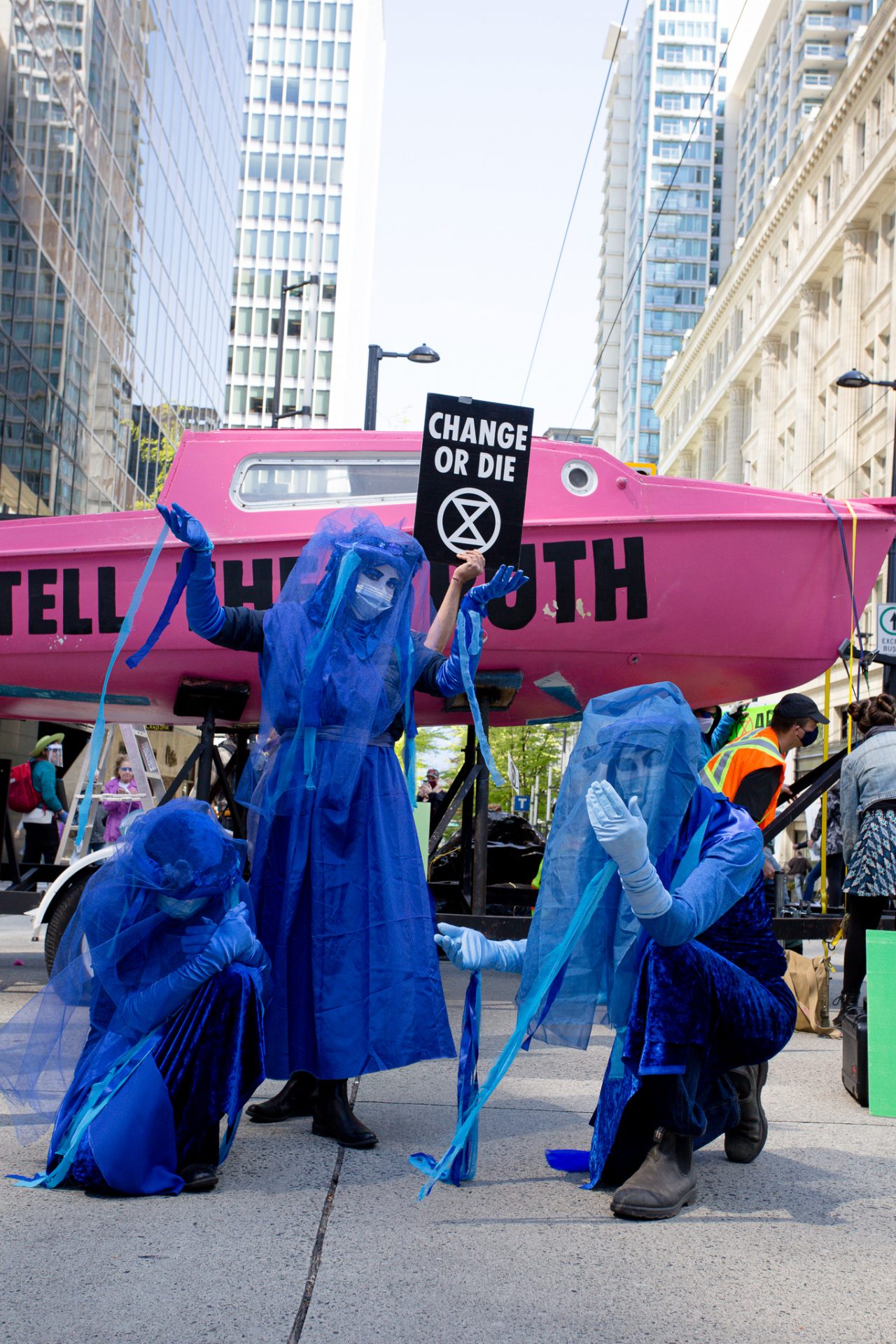 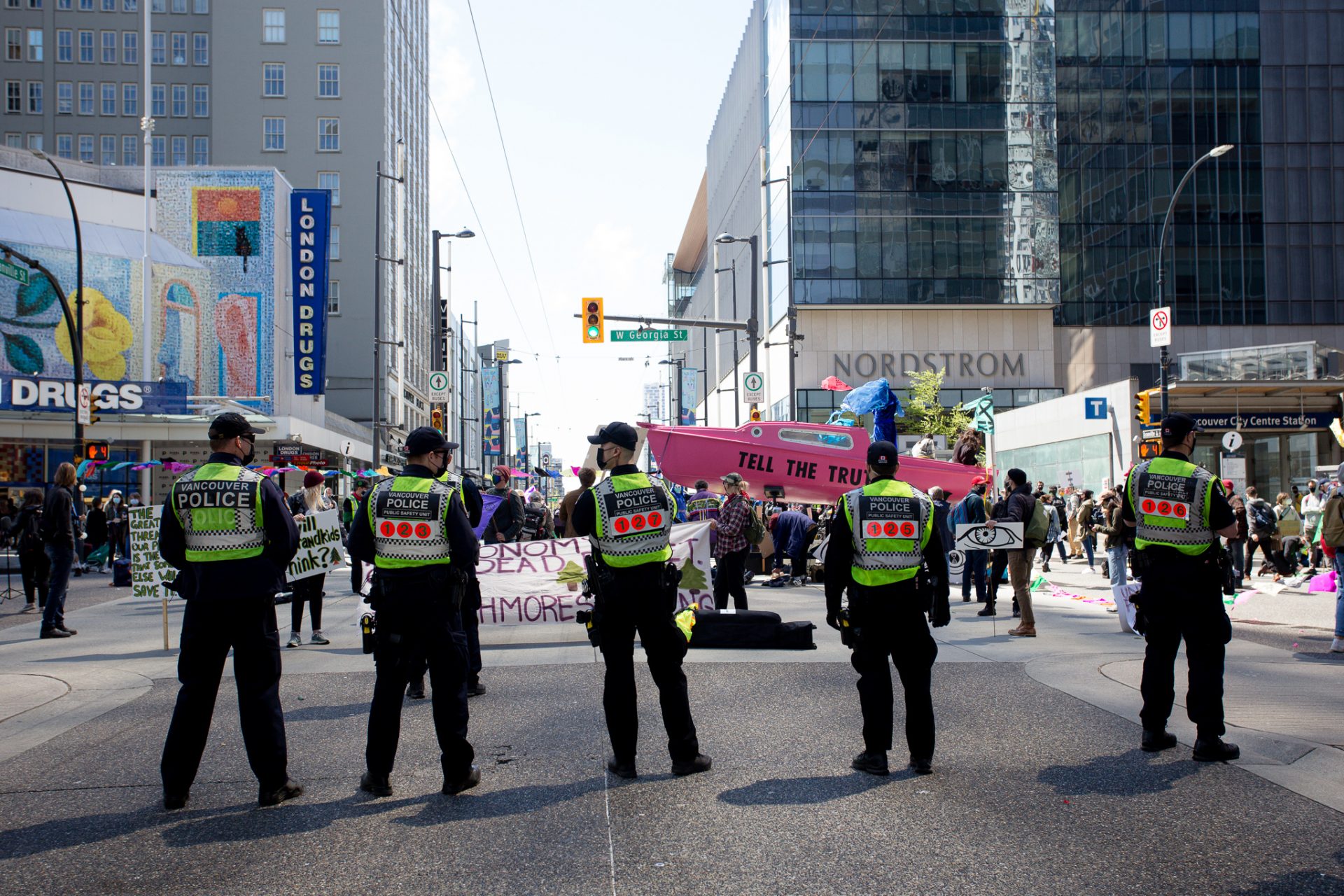 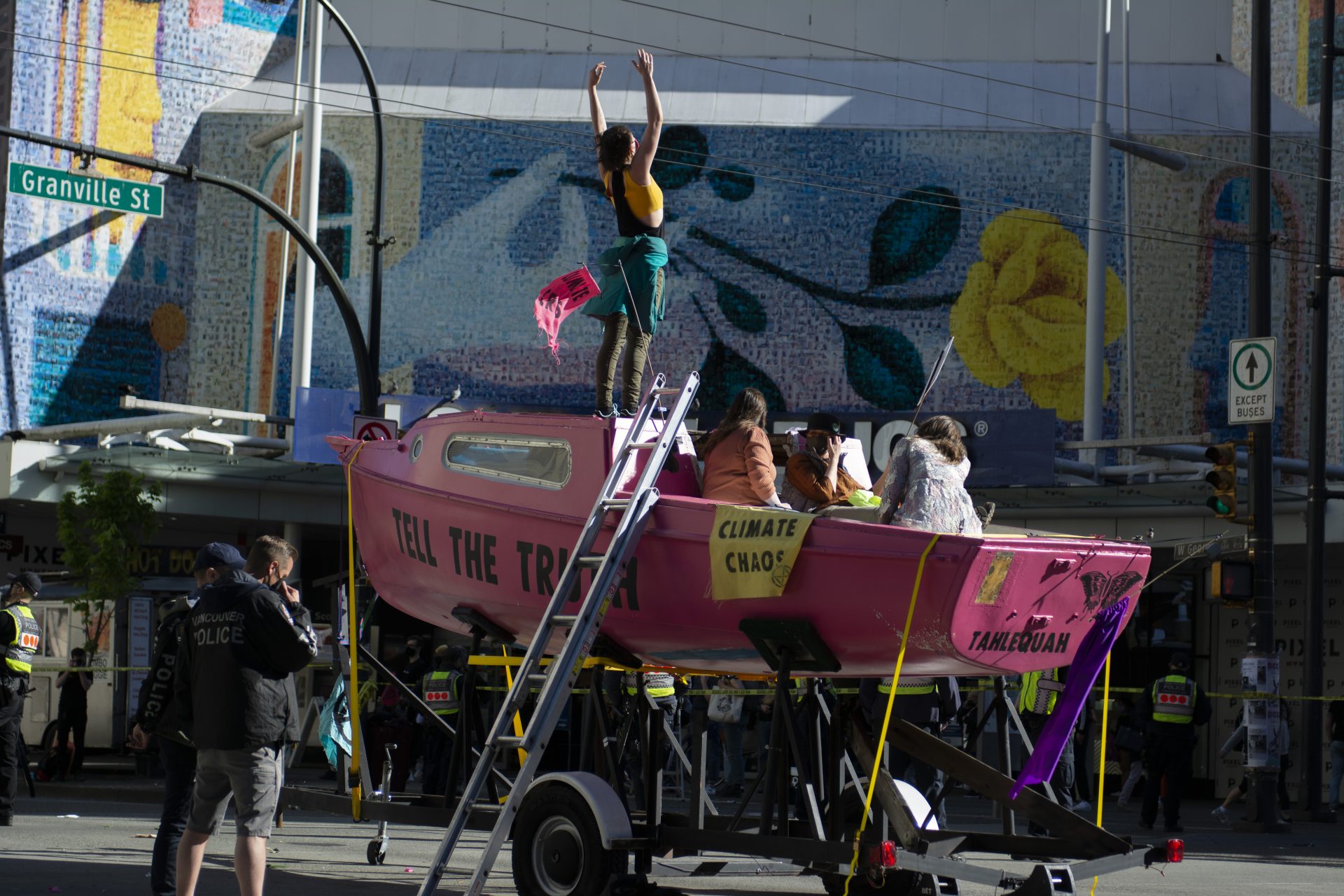 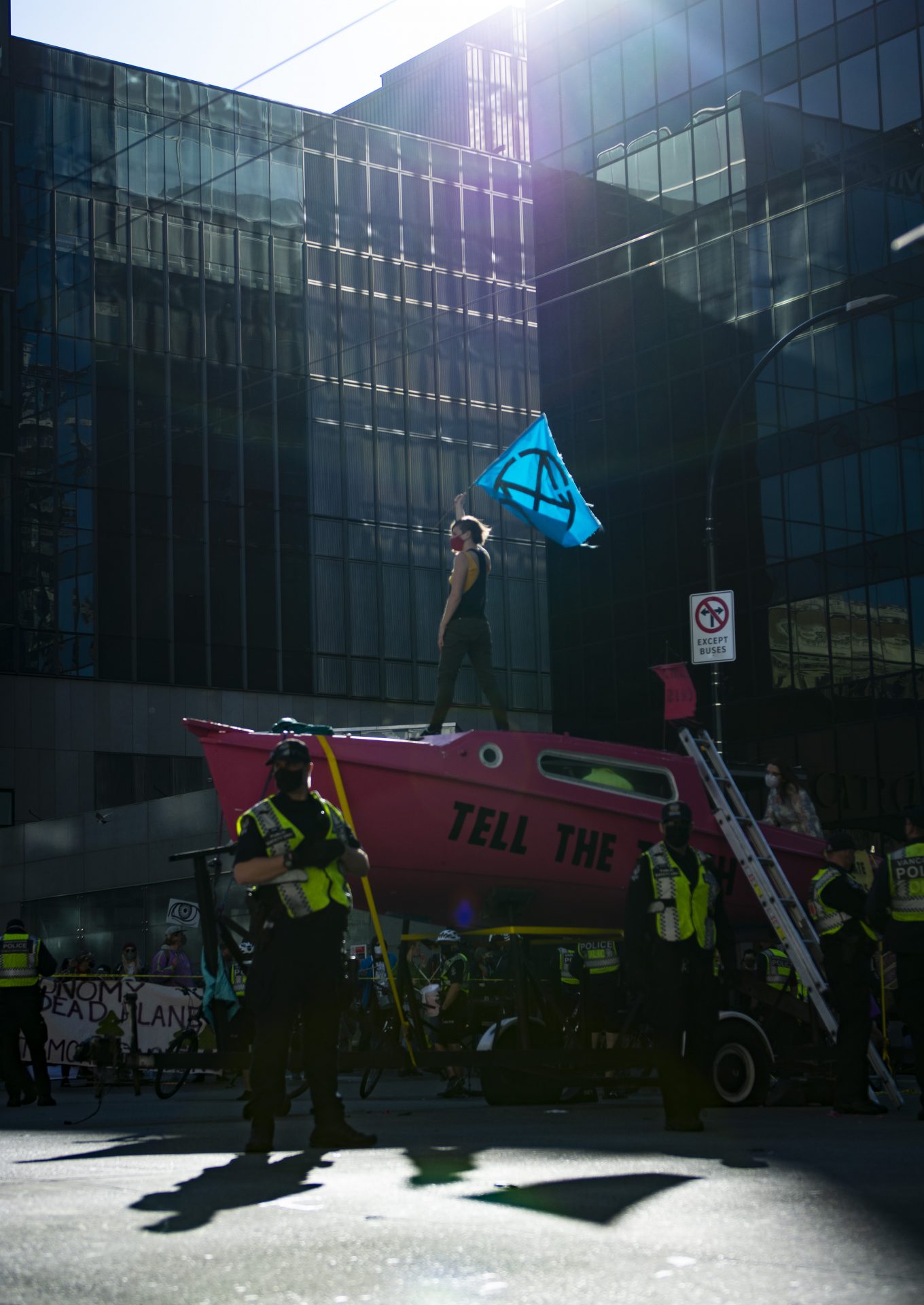