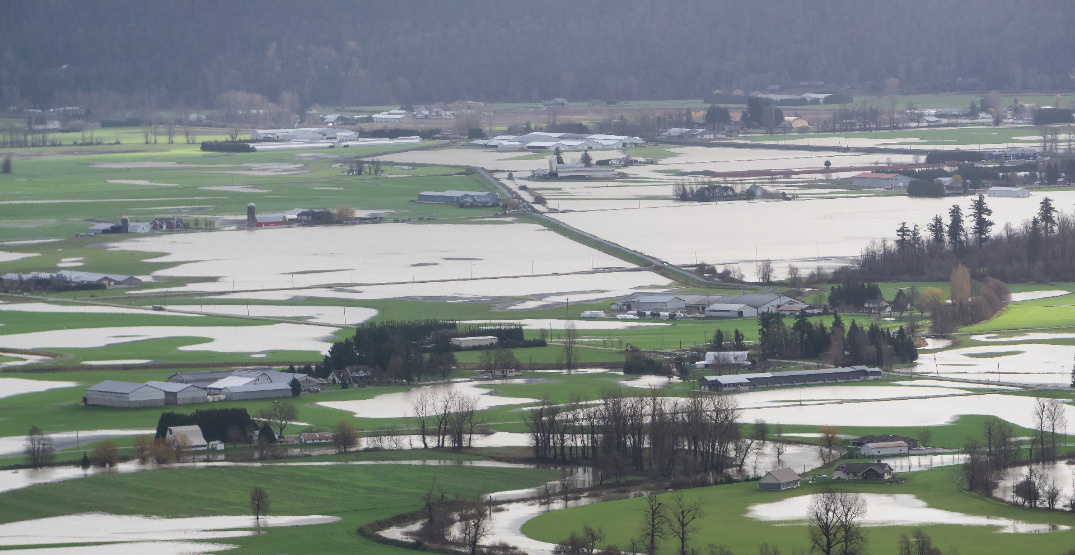 It may seem like a distant memory for some in BC, but others are still picking up the pieces after floods ravaged parts of the Fraser Valley in November of last year.

Now, Environment and Climate Change Canada (ECCC) scientists are presenting new research that reveals a direct link between human-induced climate change and the devastating BC floods that were caused by atmospheric rivers.

The study was a collaboration between scientists at the Pacific Climate Impacts Consortium at the University of Victoria and was the first study that has analyzed the unique nature of the storms that caused the floods, and the influence human-induced climate change had on them.

ECCC’s research recaps what transpired in November of last year, a true nightmare scenario for many families. The study references how the floods caused landslides, killed at least five people, and cut Metro Vancouver off completely from the rest of Canada via road and rail.

It goes on to suggest that the event was the “costliest natural disaster in the province’s history.”

Researchers suggest events like this one occur once every 10 years in the region and have been made 60% more likely due to the effects of human-induced climate change.

As we had heard from scientists in the aftermath of the floods, the events were called one-in-50- or one-in-100-year events. According to ECCC researchers, the probability of these events has been increased “by a best estimate of 50% by human-induced climate change.”

“Together these results demonstrate the substantial human influence on this compound extreme event and help motivate efforts to increase resiliency in the face of more frequent events of this kind in the future,” reads the study.

This isn’t the first time people have connected the floods to climate change or suggested that we need to take action to prevent events like it.

Just weeks after the floods, Daily Hive spoke with Tim Takaro, an SFU professor in the Faculty of Health Sciences. His findings match up with the ECCC research.

“It is critical, especially so for future generations, that we reverse the trend in GHG emissions now. With such reductions, we can reduce risk of these events in the future.“

The research is a preprint so it hasn’t yet been peer-reviewed, but an ECCC representative told Daily Hive that it is “unlikely that the main conclusions will change substantially.”