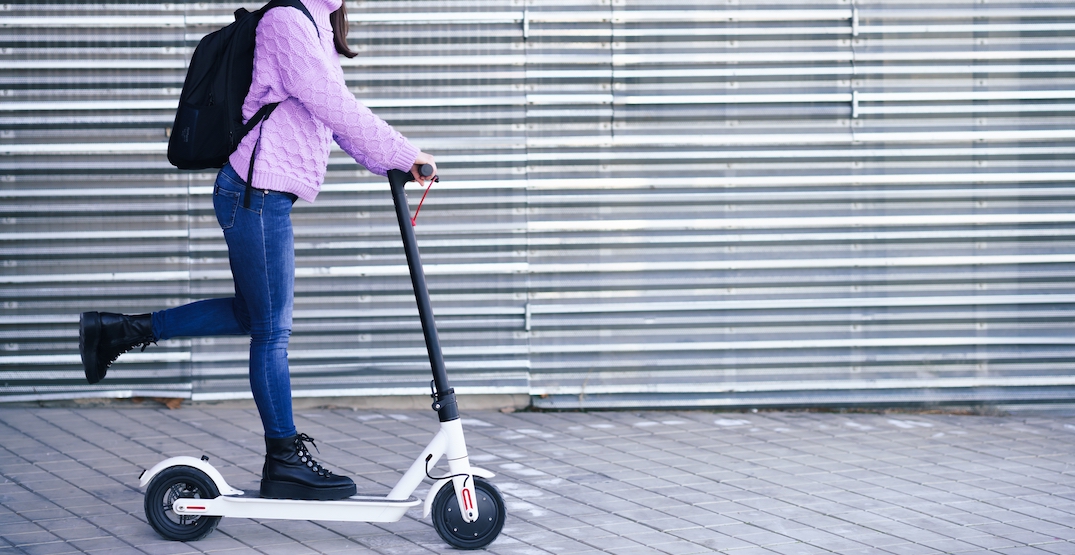 E-scooters will soon be legally permitted on minor roadways and pathways within the City of North Vancouver, after city council gave three readings this past Monday on the policy.

This would be engaged as a pilot project, with final approval slated for the end of the month, pending approval from the provincial government.

When enacted, the policy will allow people ages 16 and over to use e-scooters on local roads without any centre line, bike lanes, and multi-use paths. The devices are not permitted on sidewalks, arterial roads, or unpaved trails.

As well, the e-scooters used must have bells and lights, and riders are required to wear a helmet, ride single-file, slow down near pedestrians. The bell or horn should be used when passing.

Under the policy changes, the municipal government is not launching any public e-scooter sharing service. Rather, it provides riders with the legal ability to use their personal devices, or rent.

“Everyone can agree that moving efficiently around the community is a top priority,” said North Vancouver City mayor Linda Buchanan in a statement.

“For too long cities have been designed for the movement of cars over people. That’s why I am so pleased that we are delivering this e-mobility pilot. When people are presented with transportation alternatives they use them. E-scooters are a competitive alternative that will enhance mobility for everyone in the City.”

North Vancouver City’s pilot project is intended to be eventually expanded to North Vancouver District and West Vancouver, which are amongst the participating municipalities, to cover the entirety of the North Shore.

Running for about two years through April 2024, North Vancouver City staff will monitor the impact of e-scooters on roads, usage counts and speeds, and incidents and injuries, and take in feedback from residents.

Other participating municipalities include Kelowna, Vernon, Vancouver, and Richmond.

Under the provincial pilot project framework, Kelowna was the first to unleash e-scooters onto its roadways in Spring 2021, supplemented by its approval of public e-scooter share services such as Lime. Richmond will follow suit, and has selected Lime as its sole operator for an initial term of 18 months, with the launch of the service expected in early 2022.

While Lime e-scooters will not be operational on the North Shore, in July 2021, all three jurisdictions launched the North Vancouver City Council-led initiative of an all-electric bike share service operated by the company. E-bikes provide riders with a more comfortable and easier experience on the North Shore’s hilly terrain.

In June 2021, Vancouver also approved changes to its bylaws to allow e-scooters to operate on select roadways, bike lanes, and pathways. However, Vancouver stopped short of moving forward with an e-scooter share program due to safety concerns.