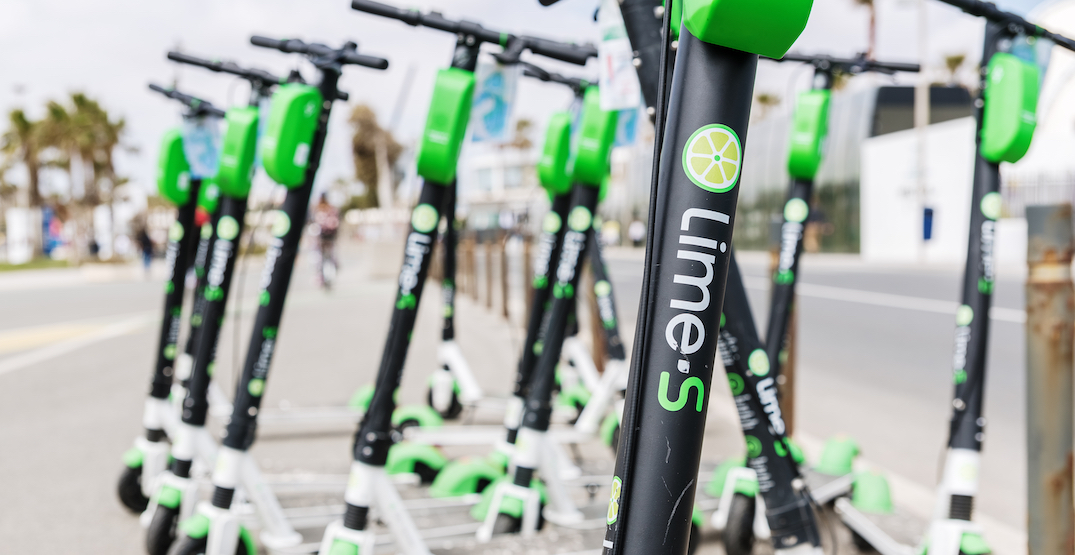 Without prolonging its approval process, Kelowna has taken on the provincial government’s pilot project that allows participating municipal governments to adopt bylaws that permit the widespread use of electric scooters.

By next week, several companies will have a combined total of at least 700 e-scooters available to the public for shared use under their app-based services.

Toronto-based Roll Technologies will launch 100 e-scooters today, and grow its fleet to 200 by next week.

In 2019, Roll was one of Kelowna’s participants for a previous limited e-scooter share pilot project on city-owned waterfront property in downtown, with the majority of the trips being recreational trips. Kelowna is the first city that developed an e-scooter pilot project in Canada, and the first city Roll launched its fleet of e-scooters.

The recent changes to the province’s Motor Vehicle Act and the municipal government’s bylaws that enable e-scooters to travel on roads and bike lanes gives this mode the flexibility and room to grow into becoming a more feasible transportation option.

“We received amazing feedback from our Rollers during the [first] pilot. We had a booth at the Visitor Centre to hear their feedback and to provide helmets and safety training,” Arda Erturk, the COO of Roll, told Daily Hive Urbanized.

As a measure of equity, they will be launching their “Roll for Everyone” program that offers qualified low-income participants through the BC Income Assistance Program with a discounted rate of 50%. Additionally, Roll will provide the ability for individuals without credit cards or smartphones to buy a Roll Card with cash at partner locations that will be announced at a future date. Discounts will also be provided to students through the Canadian company that offers the Student Price Card.

For broader user groups, the new Roll Pass will offer frequent users, such as commuters, the ability to ride for a low fixed price and bundles of free daily, weekly, and monthly e-scooter unlocks.

Both Roll and Lime users can receive a free helmet at the Tourism Kelowna Visitor Centre at 238 Queensway Avenue.

As for Lime’s operations, it has indicated that it will partner with colleges and universities to encourage safe riding in downtown Kelowna. Their initial operating area is based on research into where e-scooters and e-bikes could have the biggest positive impact and sustainability, in addition to safety considerations like areas with bike lanes.

“We are deeply grateful to the City of Kelowna for the opportunity to serve its residents and visitors and are so excited to build a shared e-scooter program tailored to meet the needs of this beautiful city,” said Jen Freiman, General Manager, Lime Canada.

“We look forward to supporting the community by providing a safe and sustainable transportation option for people to enjoy a truly beautiful corner of British Columbia.”

A third operator, Zip, has also launched in Kelowna, after receiving its permit earlier this week.

Roll’s other operating cities are Calgary and Ottawa, while Lime’s presence in Canada and the Pacific Northwest entails Calgary, Edmonton, Portland, Spokane, and Seattle.

Lime says it has found great success in Edmonton and Calgary, where it respectively deployed 2,000 and 1,300 e-scooters last year.