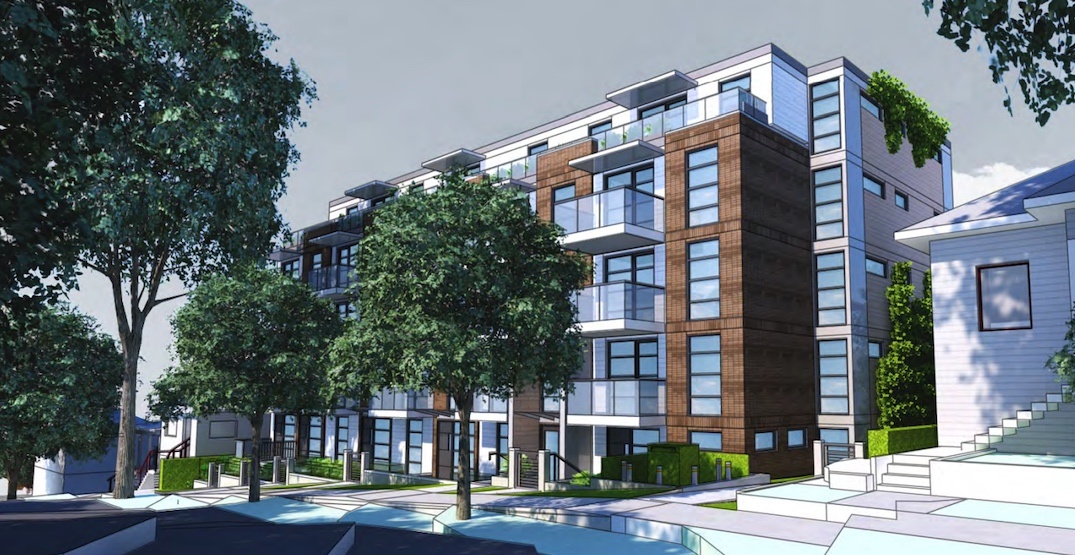 Another purpose-built market rental housing project proposed for Vancouver has been a lightning rod of controversy. This time, the project is located in East Vancouver’s Grandview-Woodlands neighbourhood.

But the project — located at 1535-1575 Grant Street, about a block west of Commercial Drive — was ultimately approved by city council in a 6-3 vote following a lengthy public hearing on Tuesday evening, with Mayor Kenendy Stewart and councillors Melissa De Genova, Michael Wiebe, Christine Boyle, Lisa Dominato, and Sarah Kirby-Yung voting in favour.

Those opposed were councillors Adriane Carr, Pete Fry, and Jean Swanson, with Colleen Hardwick and Rebecca Bligh absent from the decision. 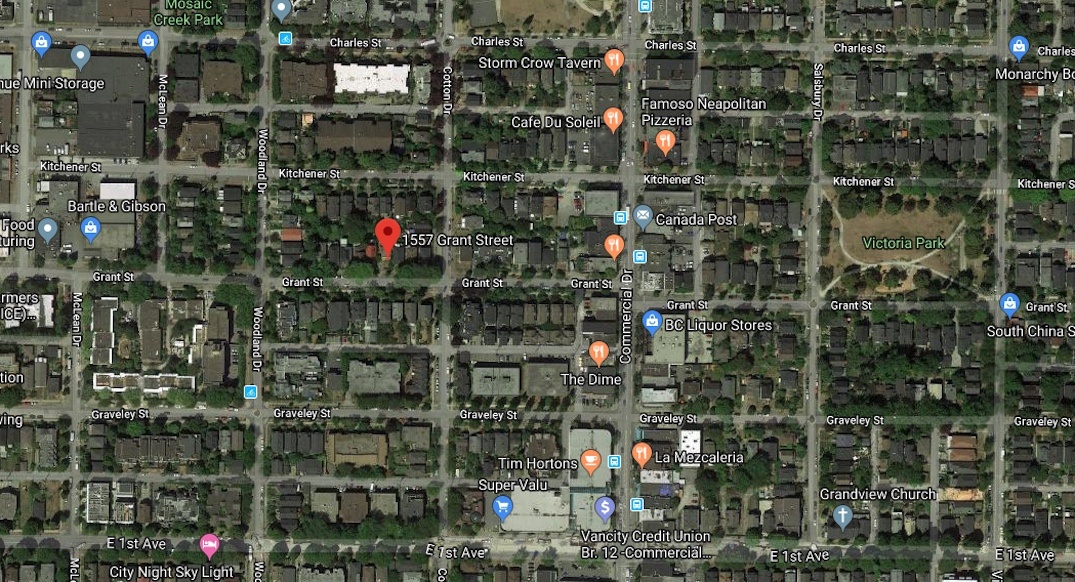 What was approved was a 56-ft-tall, five-storey, mid-block building with 35 rental homes, replacing seven existing rental units within a land assembly of older detached structures on four lots. The existing tenants will be assisted by the city’s recently amended Tenant Relocation and Protection Policy.

The project, proposed by Britannia Ridge Developments and designed by Stuart Howard Architects, initially called for a six-storey building with 38 units, but due to a neighbourhood outcry it was downsized a storey and the density was reduced from a floor space ratio of 2.22 to 2.19 times the size of the lot. 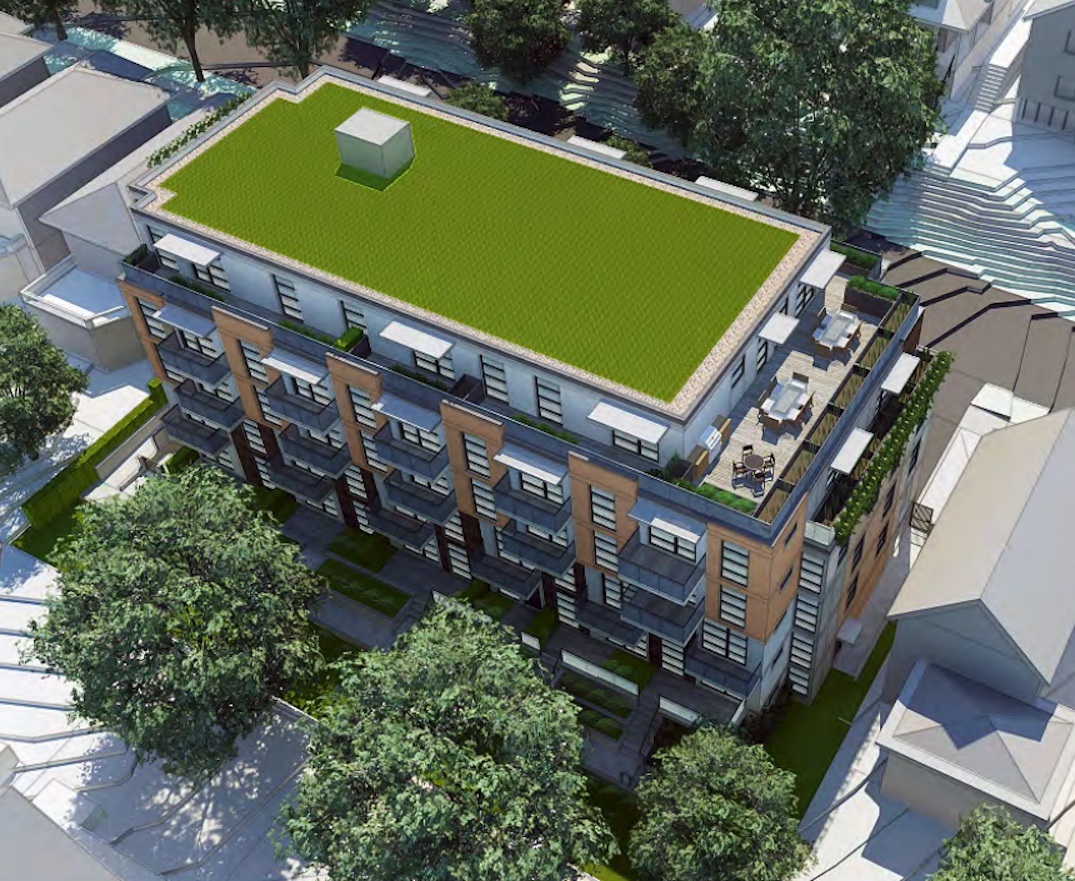 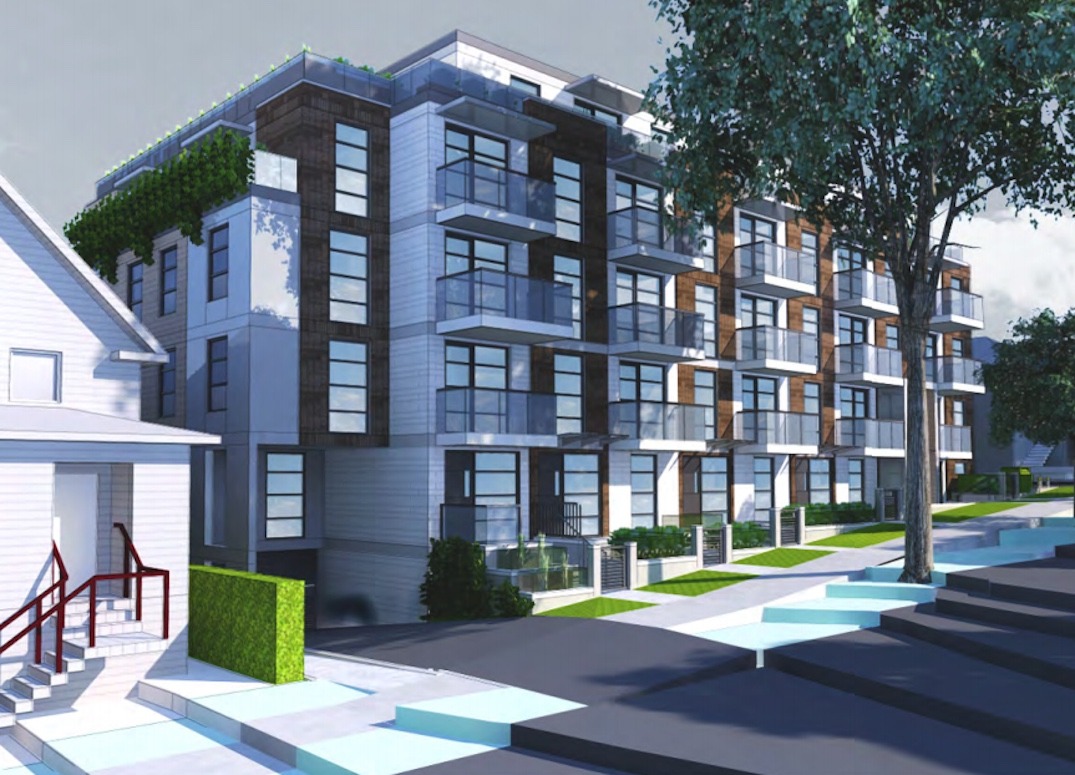 The total floor area is 28,591 sq. ft., plus an underground level with 23 vehicle parking stalls, including one car share space.

During the public hearing, neighbouring residents opposing the project asserted it was too tall for the single-family neighbourhood and would hinder affordability. Speakers also argued that the form of density and six-storey height permitted for the site under the city’s approved Grandview-Woodlands Community Plan was flawed.

But councillors who were in favour of the project strongly countered these assertions.

“This conforms with the plan,” said De Genova, who emphasized the proposal’s design went through the city’s Urban Design Panel oversight process twice and contested an assertion during the community planning process years ago that such a project would be a “unicorn” rarity.

“I definitely do empathize with those who say this is the first one on the street or in the neighbourhood, but we have to start somewhere.” 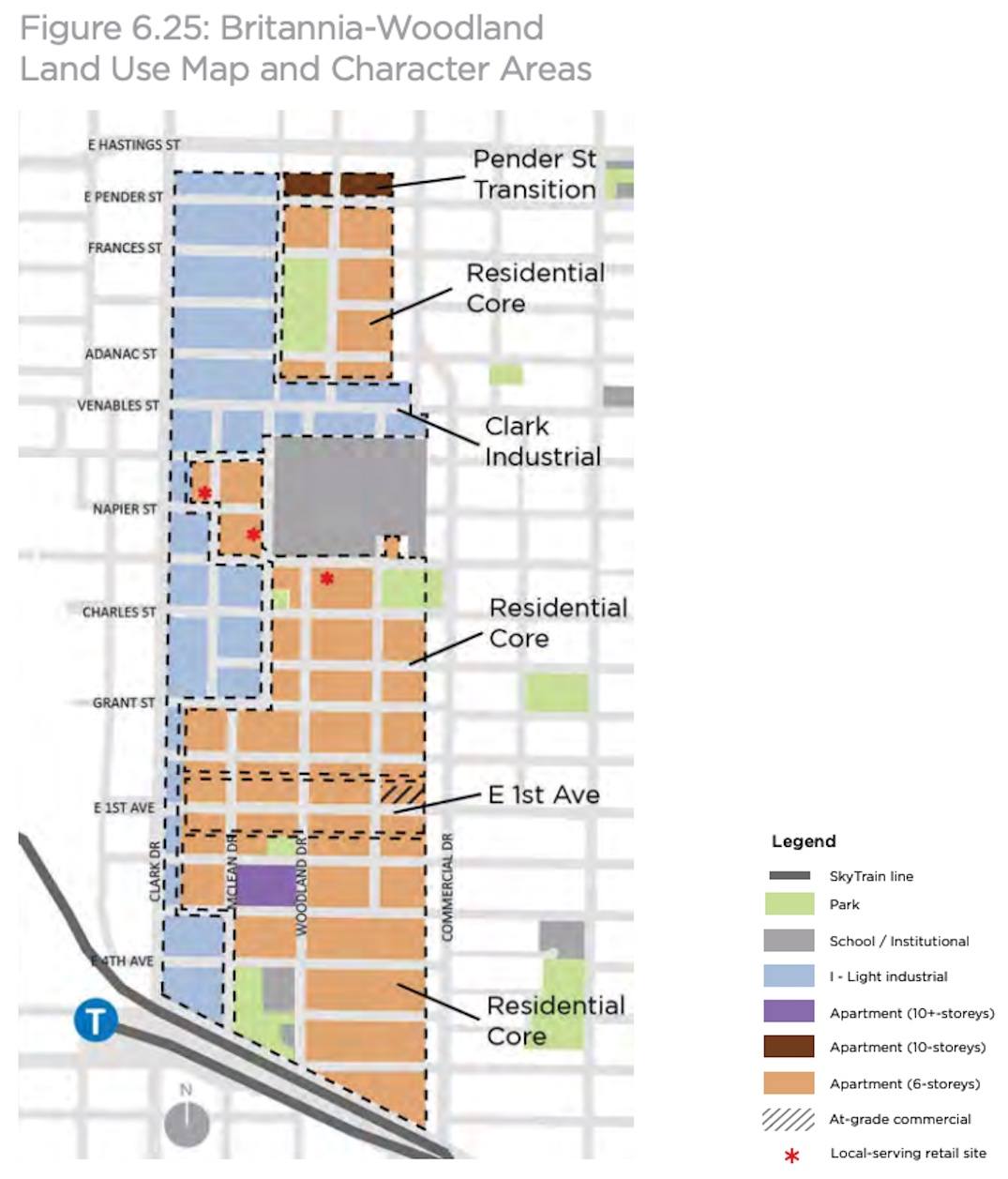 Mayor Stewart added: “I can’t vote against this, otherwise we should go back to the drawing board with these plans. Obviously we wouldn’t be abiding to our own policies that have taken a long time to develop. For me, the choice is four-storey condos that will blow affordability out of the window or we have market rentals.”

Boyle, who is a local resident, living five blocks away from the development site, concurred.

“I’ve walked the street many times. I think the thing that stands out to me in this decision is that renters deserve to live on quiet and calm streets, not just on arterials,” said Boyle.

“It’s not a perfect project, I too want much more affordable and social housing everywhere, but for now I am quite comfortable to this as we keep pushing for more affordability in other projects.” 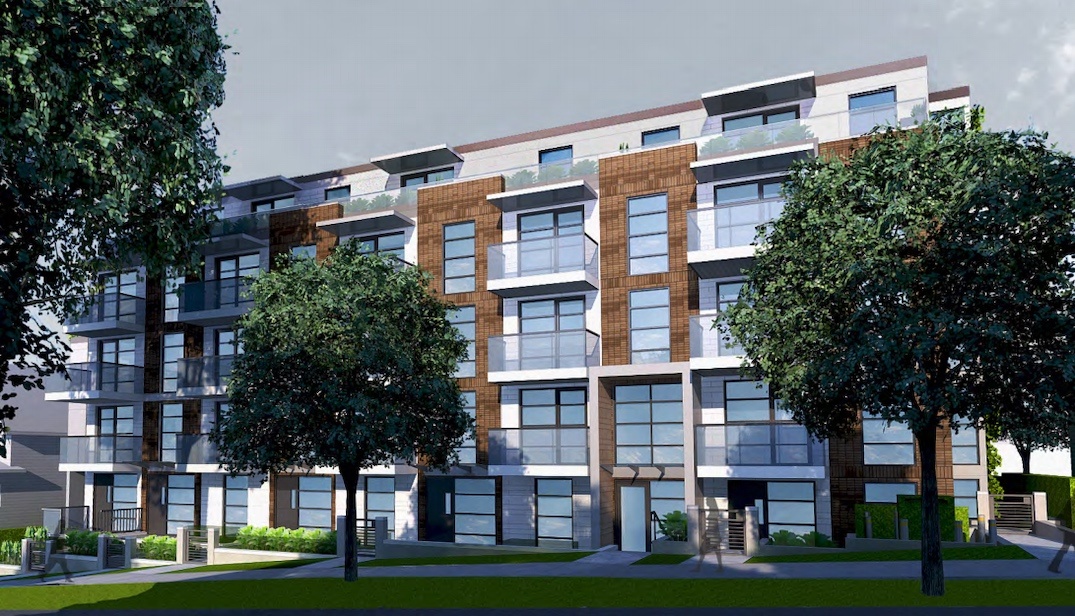 “It is expensive rental… our crisis in Vancouver is a crisis of right supply — supply that will meet a majority of Vancouverites, and this doesn’t,” explained Carr in her decision to oppose the project.

She also took issue with the perceived clash in character the building will bring to the single-family neighbourhood.

“If we retain neighbourhood character everywhere, nothing will change and this is not possible. If we retain it nowhere, we lose our history and character that defines our city, attracts people, and makes them love their neighbourhoods,” added Carr. 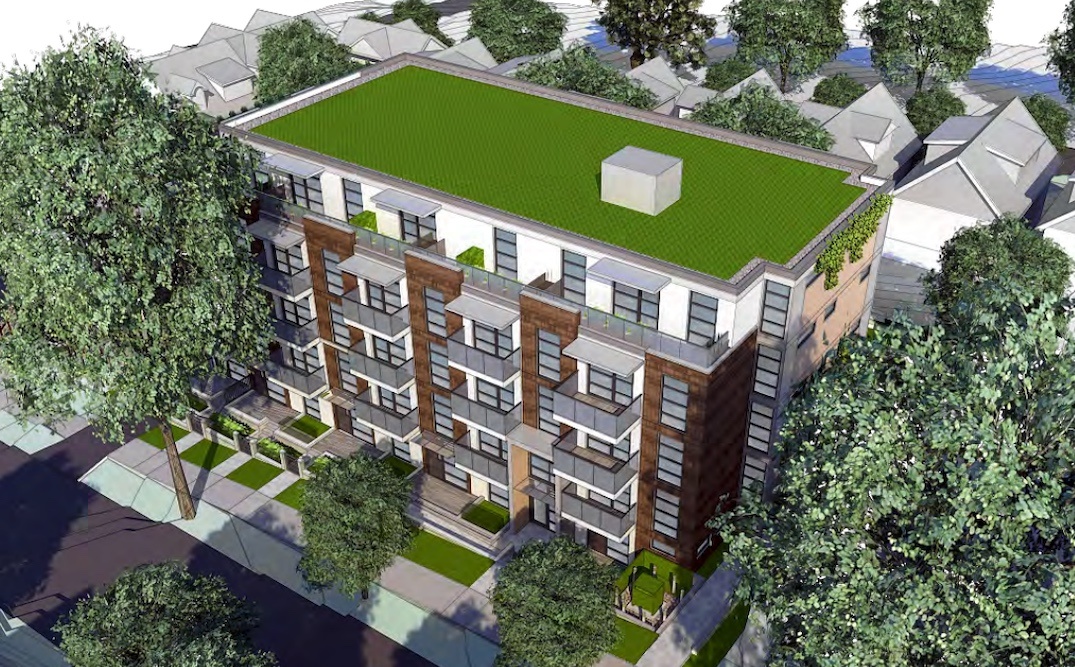 As for Swanson, who has voted against every market rental housing project in her term in office to date, she says low-income individuals have been pushed out from the neighbourhood over the years from rising housing costs. She says she is not against increasing density in single-family neighbourhoods, but there must be “a social purpose for it.”

“If this were modular housing, social housing, or co-op housing, I would say yes. But in approving this rezoning, we will give incentives to developers to continue doing something that this council has to pay a lot more attention to and that is gentrifying,” said Swanson.

“When you put expensive rental in a low-rent area, you are increasing property values and taxes, and because we don’t have rental control you are seeing increasing rents. And that is why the number of low-income people has declined.”

As of fall 2018, Vancouver’s citywide rental vacancy was hovering at just 0.8%, according to Canada Mortgage and Housing Corporation. For the area defined as East Hastings, which includes Grandview-Woodlands, the vacancy is even lower at 0.6%.

“I know families that have moved out of the Grandview-Woodlands area. I know people who want to look for and live in rental housing there,” said De Genova. “This meets the need for people of certain incomes and in that place.”