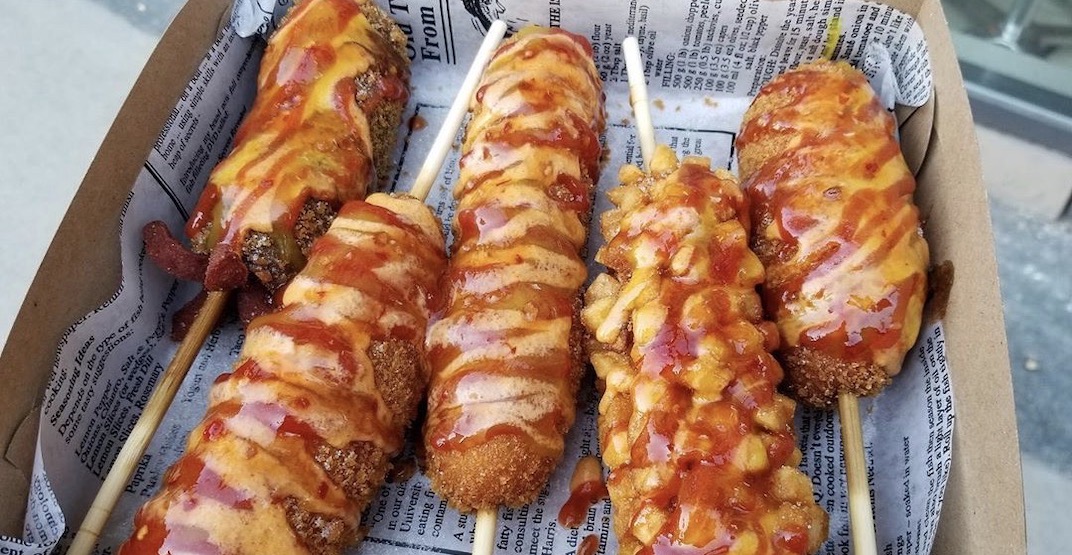 Robson Street already has a loaded hot dog joint for Vancouverites to enjoy, and soon, there will be another place to get next-level ‘dogs in the area: Chung Chun.

The street food chain will be opening at 1795 Robson Street in the West End, which is the former location of a Pacific Poke outpost.

According to its website, the brand already operates 200 branches in Korea, Australia, America, China, Japan, Malaysia, Indonesia, Vietnam, and the Philippines.

Chung Chun also has two outposts in Ontario, in Toronto and North York. 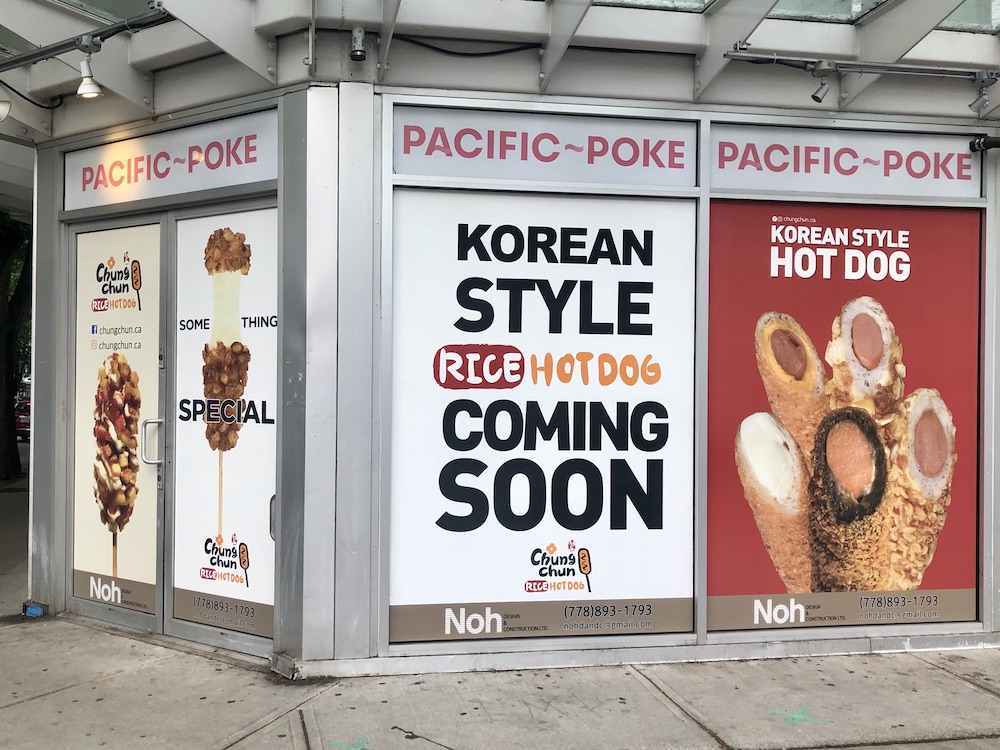 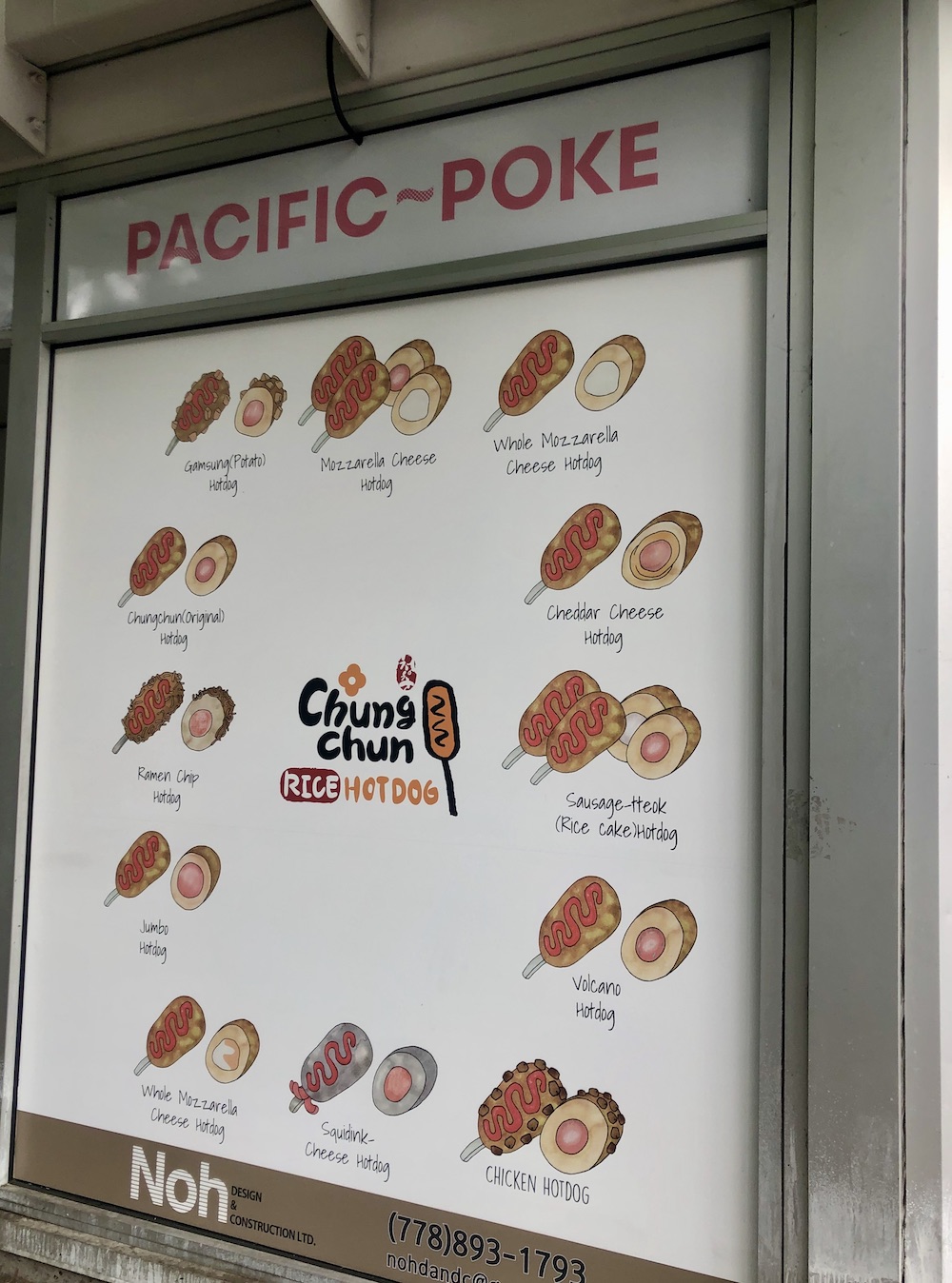 The company is advertising a dozen different varieties of Korean rice dogs, including flavours like squid ink cheese, chicken, and a jumbo one, to name a few.

Chung Chun makes its hot dogs by wrapping them in rice flour batter. Then they’re generously coated in different toppings, including everything from diced potato to breadcrumbs to ramen chips.

Daily Hive has reached out for an exact opening date — stay tuned!