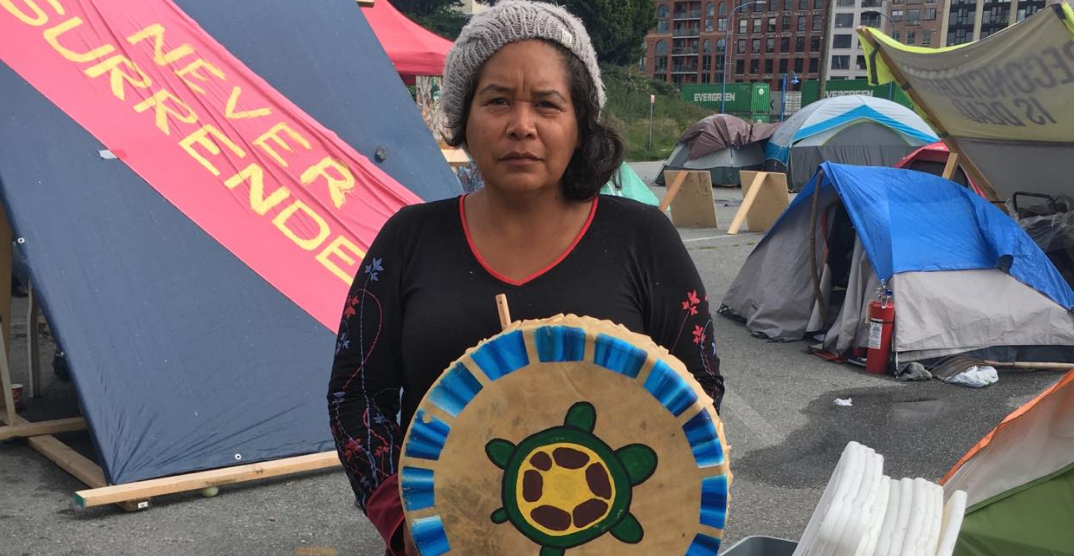 Chrissy Brett has passed away.

Brett was a vocal organizer, advocate, and resident at tent encampments in Vancouver.

Fiona York, someone who often worked closely with Brett on issues related to homelessness and encampments in the city, confirmed the news to Daily Hive. York received the news about Brett’s death from a family friend who is in close contact with Brett’s children.

York said that Brett was also an organizer and advocate in Victoria and other parts of Vancouver Island. She believes Brett may have been 44 or 45 years old.

Brett became a controversial figure when it came to sentiments around encampments that were making parks inaccessible for some residents who resided near them.

Brett was also a champion for encampment residents as well as the larger homeless community.

York also had a few words to share about the passing of her friend.

“Chrissy Brett was a mentor to us all, a beloved strategist, warrior, and matriarch. She was both visionary and brilliant, always seeing the big picture and analysis while valuing each individual. She upheld the importance of bringing people and stakeholders together to communicate and could negotiate and build allies across boundaries, but also hold firmly to a level and demand for respect and accountability. She was my friend, mentor, and teacher, who helped me to not have fear and to advocate strongly but also to always have compassion for the most vulnerable and treat each person with dignity and respect,” York said in a statement.

There has been an outpouring of support for Brett on social media on the heels of her passing with people sharing videos of actions she took part in, as well as memories of time she spent with encampment residents.

Fondly remembering times I shared space w/Chrissy Brett, most [email protected] the Strathcona park encampment. Her incredible strength+leadership helped so many people. I remember asking once if there was anything she needed+she responded “more sage and a monster energy drink” RIP🖤WARRIOR pic.twitter.com/jWIstZCbK8