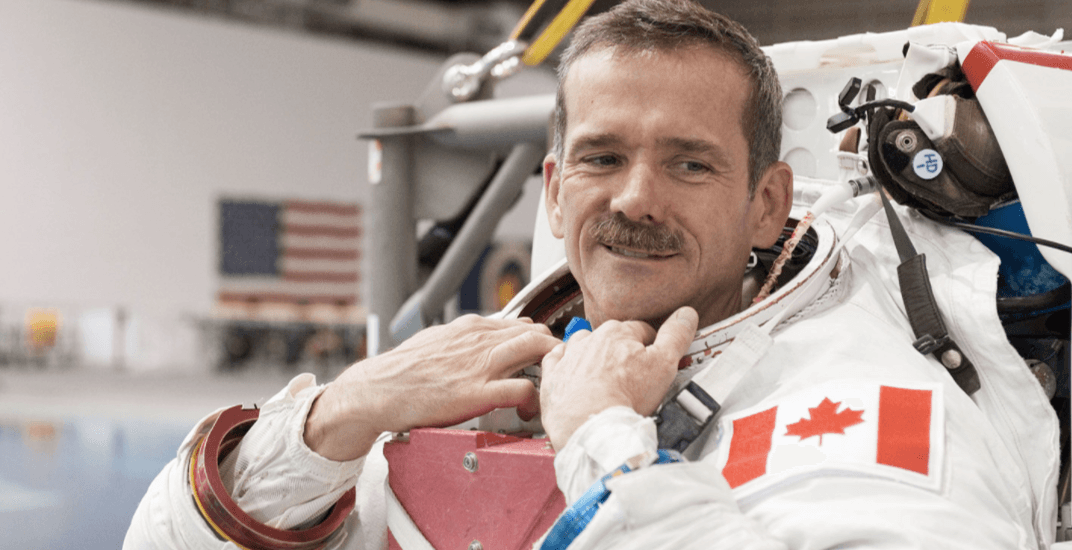 Colonel Chris Hadfield will be stopping in Vancouver on October 6 and 7 for his “Canada 150 Tour.”

The shows will be a celebration of the nation through a series of stories, songs, images, and ideas by Hadfield.

As an astronaut who is proud to call Canada home, Hadfield has a unique perspective seeing the world from a different point of view.

Colonel Hadfield has also been singing for quite some time.

He famously recorded his own version of David Bowie’s Space Oddity while commanding the International Space Station in 2013.

At this Canada 150 show, you can expect to hear Hadfield perform the song Beyond the Terra, which takes listeners from the land to the skies.

He’s also welcoming special guest singer/songwriter Danny Michel, with whom he shared the experience of exploring the High Arctic on a Russian ice-breaker.

That experience resulted in an album that features Hadfield and Michel in collaboration on multiple songs, which will also be featured in his Vancouver show.

Hadfield’s concert is guaranteed to be out of this world. Get your tickets today!