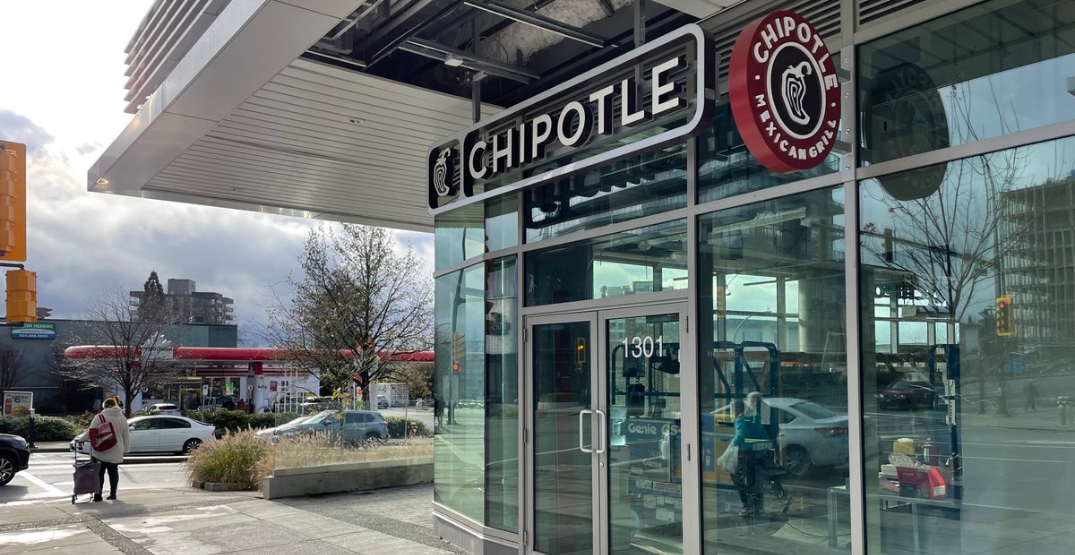 Classic glass walls, red and grey signage, and an eight-letter word we all love: Chipotle.

Those travelling down Lonsdale Avenue were the first to discover the fast-casual restaurant’s latest spot in the city.

It’s Chipotle’s first location in North Vancouver, and Dished Vancouver was told it will be opening early next year.

This new location comes soon after the franchise announced its expansion into Canada and opened brand new locations across the province, including the country’s first ever “Chipotlane” drive-thru.

Anyone else excited to see #Chipotle open its first location in #NorthVan in early 2022? This is 13th and Lonsdale. #cantwait @ChipotleTweets pic.twitter.com/3mFLPad8jC

The new joint is opening its doors in spring 2022, with another Chipotle planned for the Vancouver area early next year.

So who’s ready to get their grub on?