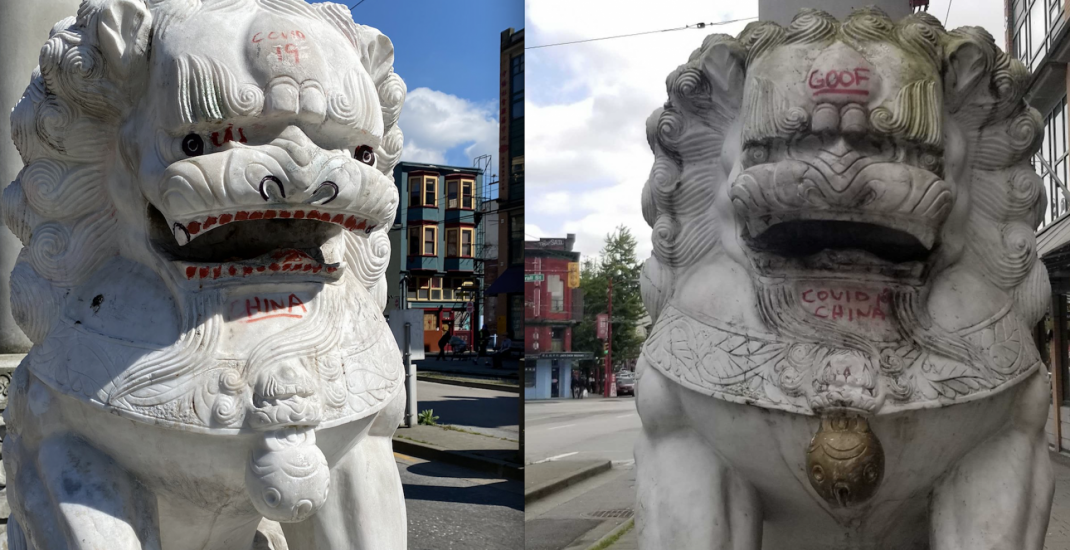 A recent study from the Angus Reid Institute has shed some light on how the impact that the COVID-19 pandemic — and Canada’s reaction to it — has played on people of Chinese and other East Asian descent.

The study, which was completed in partnership with the University of Alberta, surveyed 516 Canadian adults who self-identify as being ethnically Chinese in an online survey from June 15 to 18.

According to the survey, the majority of respondents have been negatively impacted by other Canadians as a result of their ethnicity. 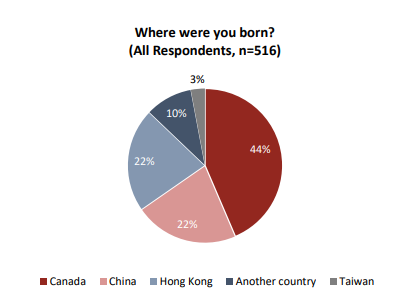 The survey found that 64% believe that they have been treated with less respect than other people during the coronavirus pandemic, while 50% have been called names or insulted, and 43% have been personally threatened or intimidated.

A total of 61% of respondents stated that they went so far as to adjust their routines to avoid “run-ins or other unpleasant encounters” since the coronavirus outbreak began.

The vast majority of those surveyed also noted that they are proud of both their Asian ethnicity and their Canadian identities. 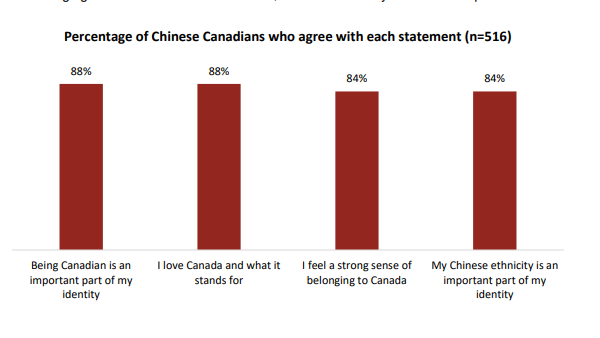 Canada does not have clean hands when it comes to anti-Asian racism in the face of the pandemic, with anti-Chinese rants being caught on camera, Chinatown statues being defaced in Vancouver, the Chinese consulate in Calgary being graffitied, and a man in Burnaby making racist remarks to a woman and her daughter — to name only a few incidents.

Those same respondents who overwhelmingly agreed that they love Canada, what the country stands for, and that being Canadian is an important part of their identity were much less likely to believe that others in this country even saw them as Canadian.

Only 13% of respondents believed it to be an “all the time” kind of occurrence, in contrast with 47% of non-visible minorities who answered the same question in 2016. 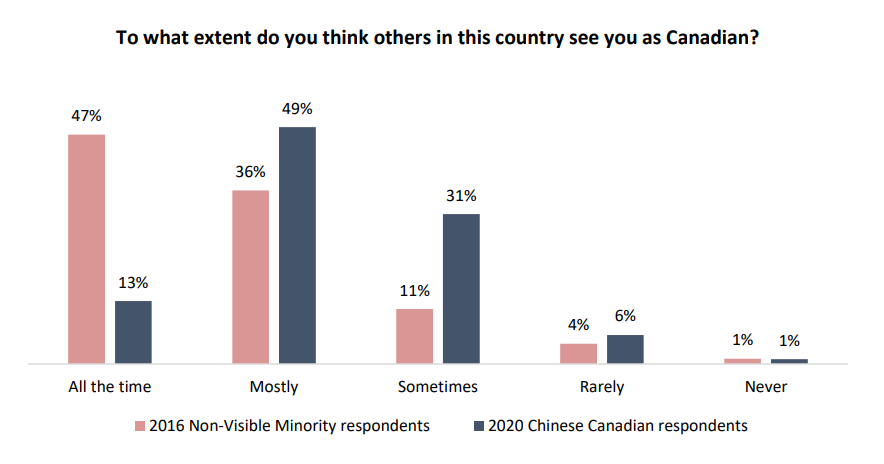 When it comes to these Chinese-Canadians experiences during the coronavirus pandemic, the majority have faced some sort of racism as a result.

One respondent, a man in his 60s, stated that he had been spit at by a passing cyclist, according to the study. 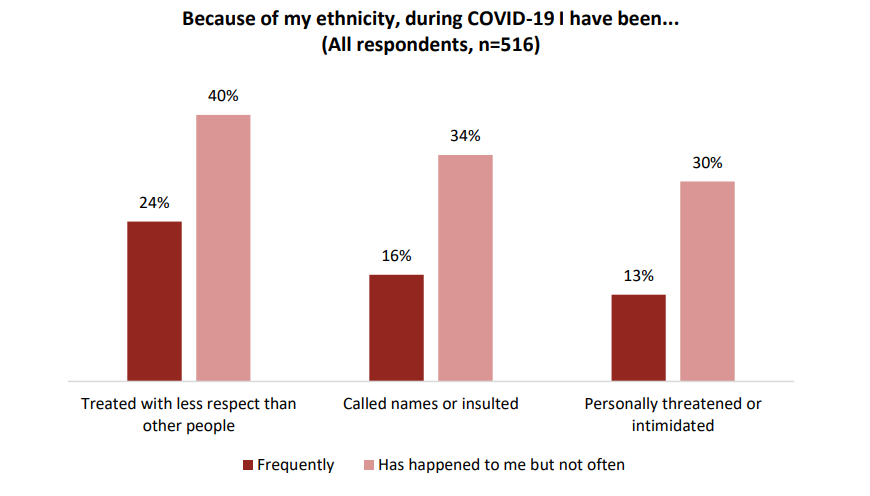 Respondents also noted how the mainstream media coverage in North America has played a part in Canadians’ view of people of Chinese ethnicity in Canada, with 53% stating that it affected views towards the negative, and 11% thought similarly towards “very negative.” 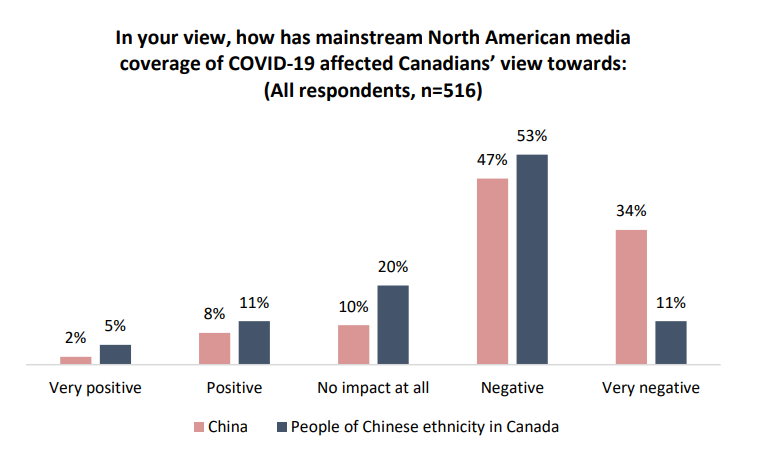 The full study can be found through the Angus Reid Institute’s website.