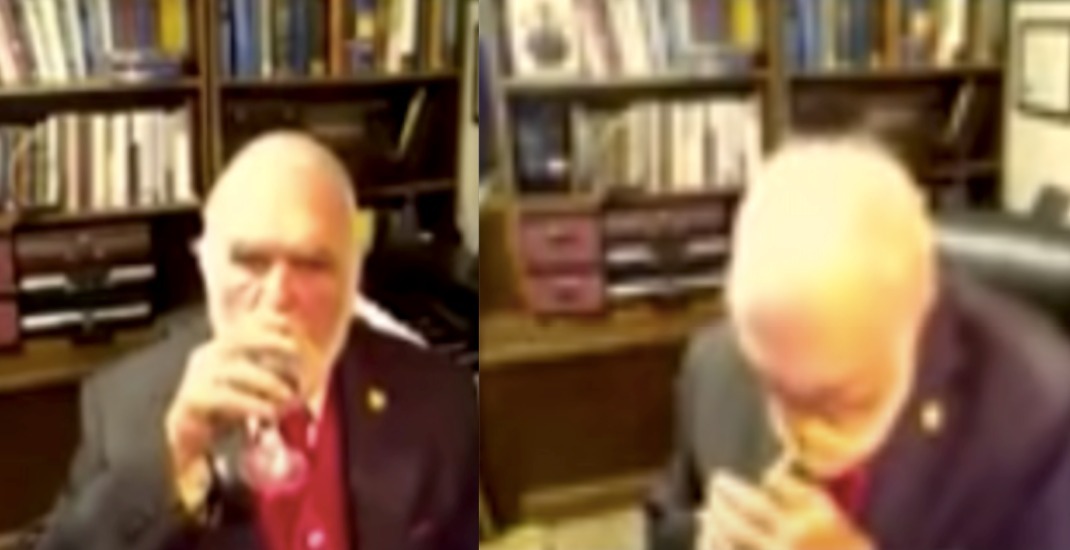 A controversial school trustee in Chilliwack is once again drawing attention to himself, this time for his behaviour during a recent meeting of the school board.

During the meeting, held via Zoom, the board voted in favour of asking trustee Barry Neufeld to resign for his recent actions and words, including a Facebook post he made on November 19 that contained an ableist slur.

“Earlier today, the Chilliwack Board of Education made the decision to censure trustee Barry Neufeld and request his resignation for a social media post he made on November 19, 2020,” said trustee Jared Mumford, reading a statement during the meeting.

Neufeld didn’t respond to the statement after it was read but was seen getting up and leaving his chair.

He was then seen returning to his chair before lighting up a smoke, and taking a drink from a wine glass. Neufeld can also be seen appearing to be asleep at one point, and at another point his video feed cuts out entirely.

Neufeld faced backlash almost immediately after posting his comments on Facebook in November, which disparaged local newspaper Chilliwack Progress, calling three of its staff an ableist slur that stems from an outdated term for people with intellectual disabilities.

BC Education Minister at the time Rob Fleming said he was “appalled” by the comments.

The trustee also caused controversy in 2017, when stated he stated on Facebook that “allowing children choose to change gender is nothing short of child abuse.”