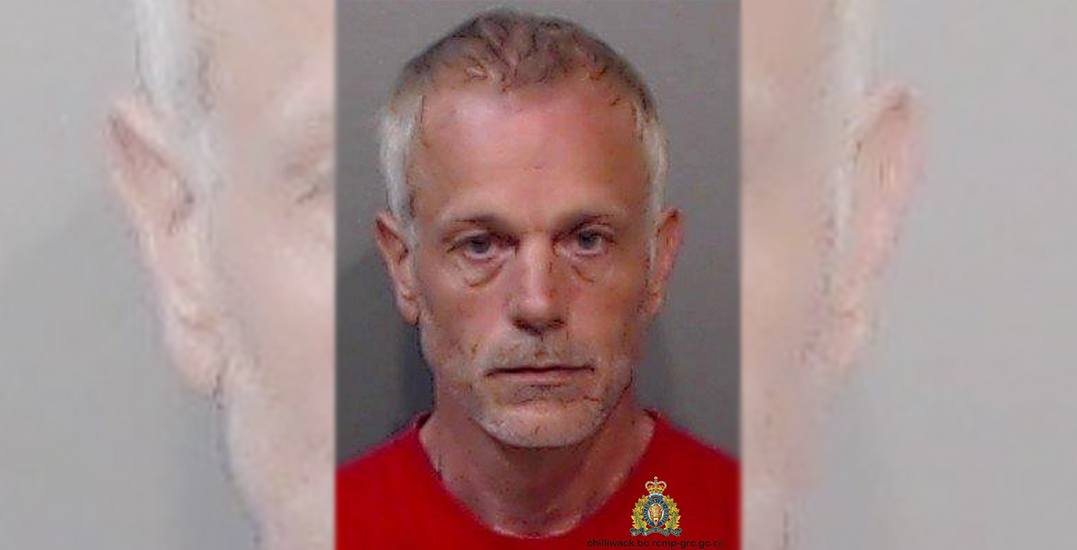 A Chilliwack man has been charged with sexually assaulting a child and child pornography offences after a one-year RCMP investigation.

Police say that Robert Wayne Calvert was arrested on June 19, 2019.

His charges, which include allegations dating from January 2015 to January 2018, are:

“Mr. Calvert has resided in communities around the Lower Mainland and Vancouver Island regions,” says Constable Blaine Wiese of the Chilliwack RCMP.

Anyone with information regarding Calvert is asked to contact the Chilliwack RCMP at 604-792-4611.