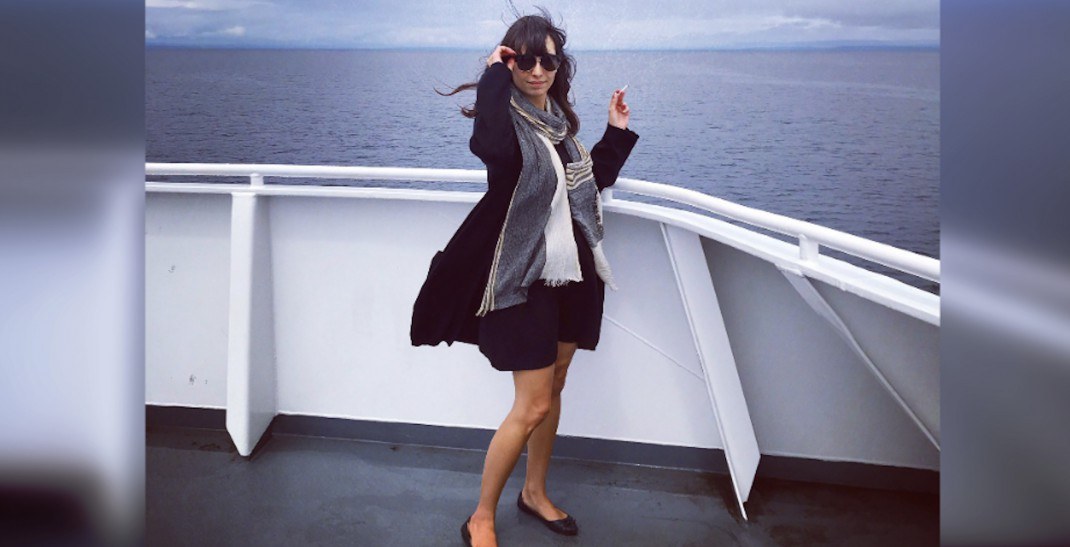 BC Ferries is reminding passengers that they are not allowed to get “high on the high seas” while aboard their ships.

This comes after cannabis activist Jodie Emery posted a picture of herself smoking a joint on a BC Ferries vessel on social media earlier this week.

“Smoke on the water…high on the high seas! It’s a west coast tradition out here in BC,” she wrote.

It seems that Emery forgot that BC Ferries officially banned smoking anywhere on its vessels last year.

When one Twitter user commented on Emery’s picture asking if ferries were smoke-free, BC Ferries was quick to remind Emery — and all passengers — that they need to butt out.

Hi there, we offer a smoke-free environment onboard all vessels and at all terminals. If you see someone smoking onboard, please speak with a crew member for the most immediate assistance. ^rj

“Hi there, we offer a smoke-free environment onboard all vessels and at all terminals. If you see someone smoking onboard, please speak with a crew member for the most immediate assistance,” wrote BC Ferries, in its response.

Other Twitter users also seemed unimpressed with Emery’s partaking in a “west coast tradition” on a BC Ferries ship.

2. Please do not smoke on the ferry.

Nope, sorry. I don’t want to smell your smoke while I’m outside enjoying the FRESH AIR.

And if you’re driving, it’s impaired driving… btw, in case anyone ever told you, @BCFerries is non-smoking. You are selfish, disrespectful, and increasingly unhinged…

You’re disrespectful, selfish, and rude. Smoking isn’t allowed on any BC Ferries ship or terminal. Have a single thought, once, for someone else.

U should be ashamed of yourself!!!💩💩💩

It’s okay @JodieEmery has also believed she’s above the law. 🙄

Looks like Emery became the butt of the joke.