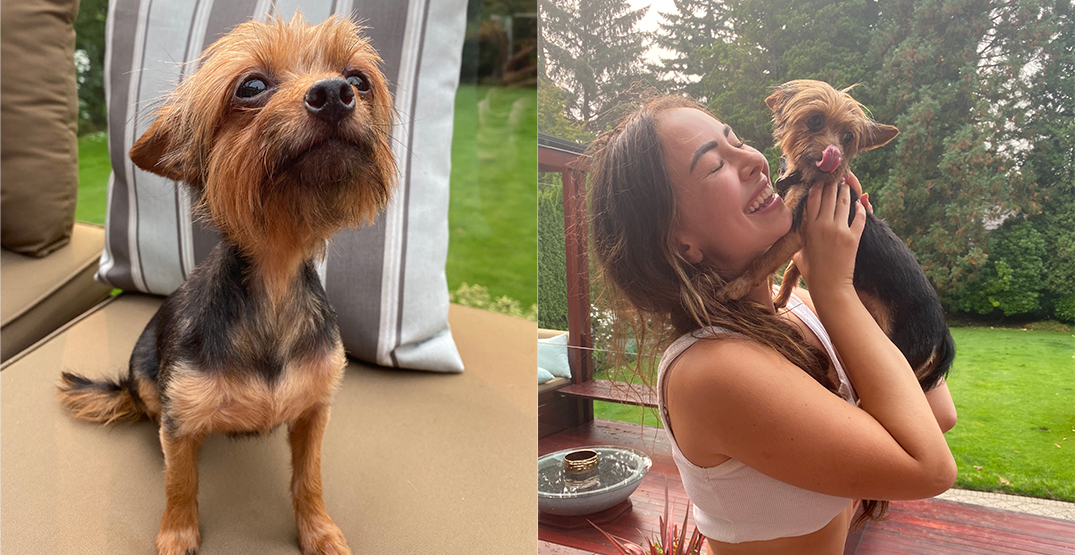 A Vancouver family is overjoyed to be reunited with their tiny Yorkie-Chihuaha mix who went missing 17 days ago in Vancouver’s Pacific Spirit park.

Chilli the pup was found this week near Granville Street and Southwest Marine Drive — seven kilometres from where she was last seen in the park.

It’s a long way for little legs to travel (Chilli weighed just 4.8 pounds when she went missing), and owner Sienna Leone is amazed her tiny dog evaded the coyotes and raccoons that live nearby.

“She survived,” Leone said. “Her being timid is probably what saved her life.” 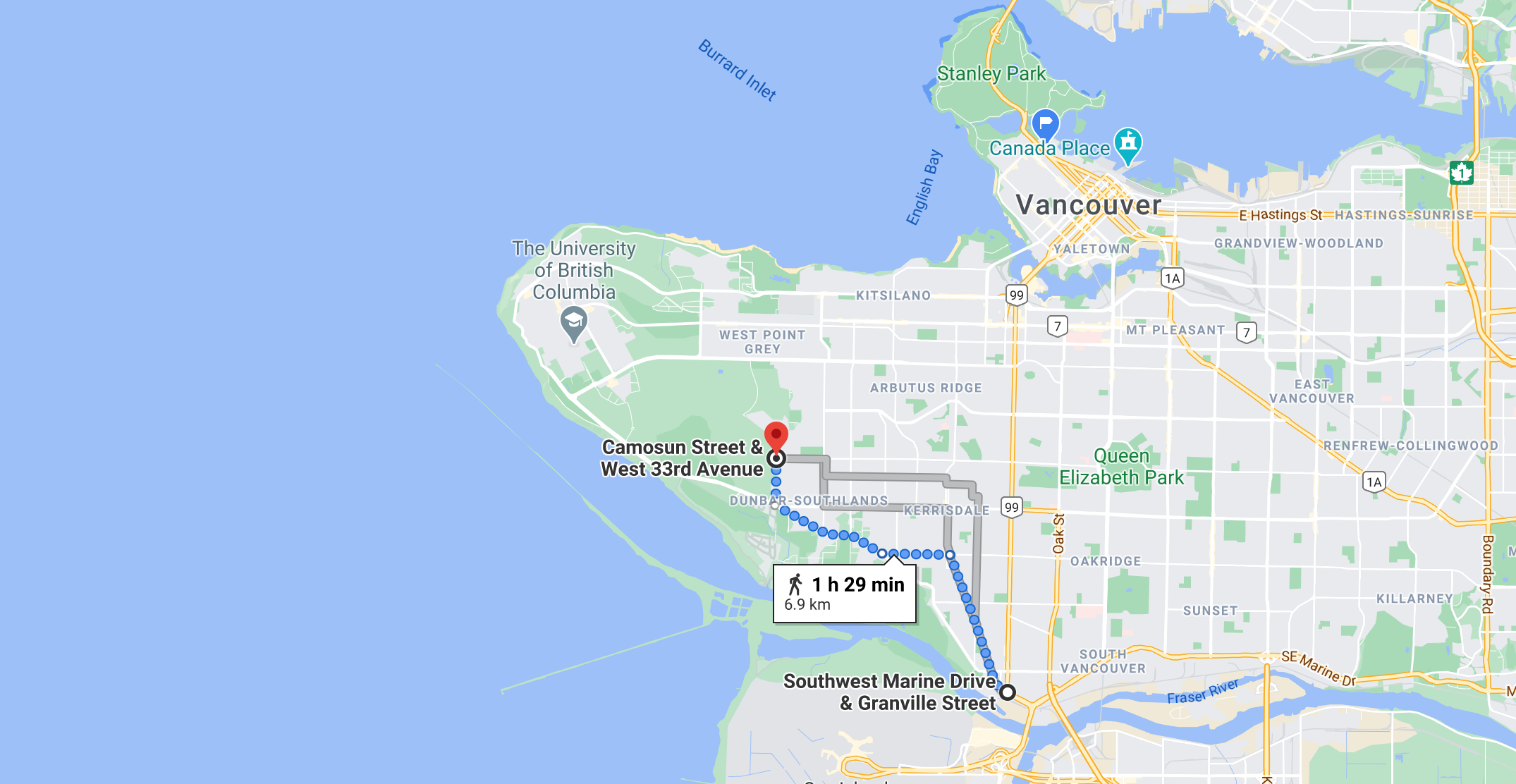 The shortest distance between where Chilli was last seen and where she was found. (Google Maps)

The family lost Chilli when she was startled by a larger dog while out for a walk in the park August 31. While Leone’s parents were trying to calm down the larger dog, Chilli got startled and ran down the path.

The family went after the dog for three kilometres trying to find her, and a marathon runner they passed by even offered to chase Chilli, but the tiny dog was too alarmed to come back.

From there, Leone’s family did “everything,” she said. They visited the park daily, hired a dog psychic, tracked dog urine in the park, cooked bacon in the park to try and lure Chilli out, and even slept overnight trying to coax her back.

The more days went by, the more the family wondered whether a larger animal had caught Chilli or whether someone else had taken her.

But then on Monday night, one of Leone’s friends said he saw Chilli near the 33rd and Camosun park exit. The friend got out of his car, but he couldn’t catch Chilli.

More searching still didn’t yield another sign of Chilli, but on Wednesday the family received four missed calls on their house phone. Leone had received many false tips on her mother’s mobile phone, which was displayed on the missing posters, but they knew this one was lucky because Chilli’s tags have the home number on them.

“[The man who phoned said], I have your dog. I don’t know, she just wandered into my back door. I have her, come get her.'”

After last night my whole entire family spending the night in Pacific Spirit Park from 8pm – 6am and then back again, we got a call that our sweet Chilli AFTER TWO WEEKS AND THREE DAYS wandered into someone’s back door on GRANVILLE & SOUTHWEST MARINE DRIVE (for all that don’t live in Vancouver that is EXTREMELY far) This dog for being 4 pounds has shown us all the strength and courage she has. My family never gave up, and I cannot express and thank everyone that went out looking for her, reposted her, prayed for her, etc. IT IS BECAUSE OF EVERYONE WE GOT OUR BABY REUNITED WITH HER FAMILY!!! God bless you ALL and THANK YOU ALL!!!!! ❤️ mission #findChilli COMPLETE!!!!!!!

The family scooped up their pet from the man that day. She was nervous but happy to see them, and her collar fit looser after 17 days on the run.

“The vet was like, ‘This is honestly a miracle,'” Leone said.

Other than dropping from 4.8 pounds to 2.8 pounds, Chilli is healthy. The vet removed two ticks and sent her home with a bag of fluids.

Now she’s resting at home with the family’s other two dogs and making up for lots of missed cuddles.

“It’s so crazy and so beautiful,” Leone said of the community support she received during the search. “People get the love and how much a dog means to a family.”