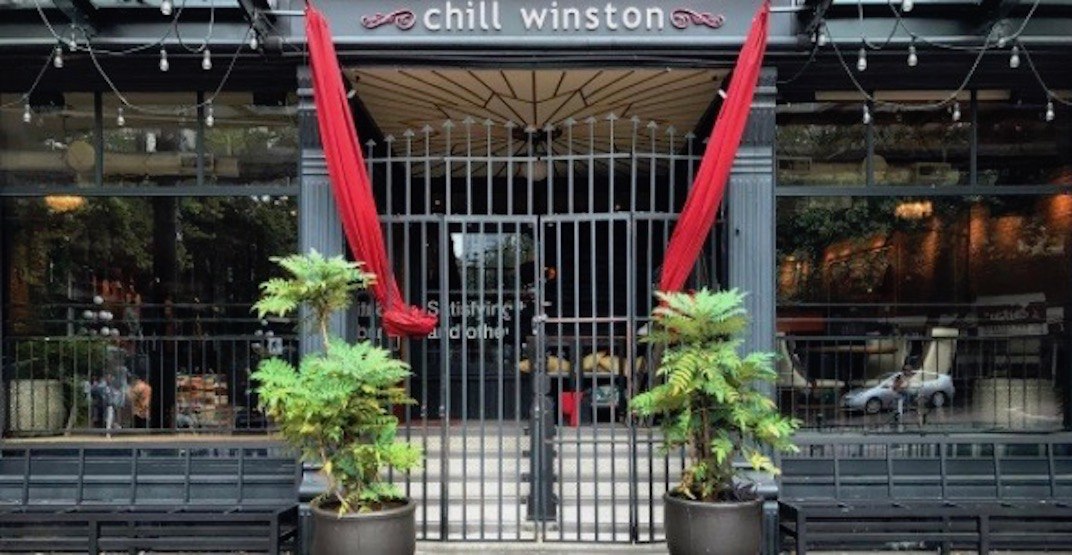 Summer 2017 flew by, and so did Chill Winston’s last few months of service.

News of Chill Winston closing its doors this fall first broke back in June, and this week is officially the last week of operation for this Gastown haunt.

The eatery, located at 3 Alexander Street, will serve its last craft cocktail and charcuterie board the evening of Thursday, September 28.

The team at Chill Winston has been reminiscing and reflecting on their journey over the past 11 years on social media, even posting a throwback to when they were getting ready to open their doors in 2006.

Throwback to roughly 11 years ago before we opened! It’s crazy how much our favourite neighbourhood has transformed since then. We’re down to our final weeks. Come see us while you can! #SoLongCW

It hasn’t been confirmed what will be replacing this fixture in the Gastown dining scene, but we’ll be sure to keep you posted when it is.

Guilt & Co, the live music venue below Chill Winston, will remain up and running. Guilt & Co. is owned and operated by the same duo behind Chill Winston, which means there will still be a pinch of the ol’ Chill Winston charm humming in Gastown.

With files from Lindsay William-Ross.