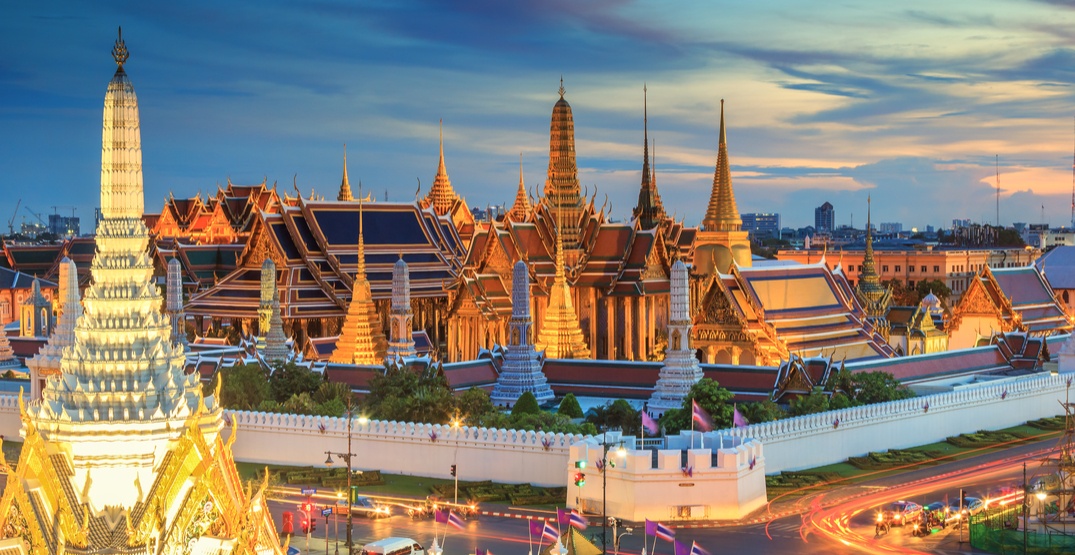 How early is considered too early to book your next trip? Especially when it means a trip to the awe-inspiring city of Bangkok, Thailand!

If you don’t mind booking a flight nearly a year in advance, you can get a pretty sweet deal on a roundtrip from either Vancouver or Victoria. Consider it a very, very early gift to yourself or a New Year’s resolution that you’ll actually want to keep.

Thanks to YVR Deals latest discovery, you can now fly from Vancouver to Bangkok for just $519 – roundtrip and taxes included.

A post shared by Official Thailand Tourism (@thailandinsider) on Jan 1, 2018 at 7:00am PST

Both United Airlines and All Nippon Airways have reduced the prices of their flights in January and February 2019.

Your departure could see you leave as early as December 28, 2018 and return as late as February 12, 2019, making for an amazing way to start the new year. Just note that you might be subject to a layover in Tokyo going there or back.

To book the flight, just follow the steps below:

1. Go to Flighthub or Mom0ndo

2. Set your departure for Vancouver (YVR) and your destination for Bangkok, Thailand (BKK)

3. Try any of the following date combinations:

4. After finding your initial dates, you can look at “flexible dates” to find other dates at a similar price.