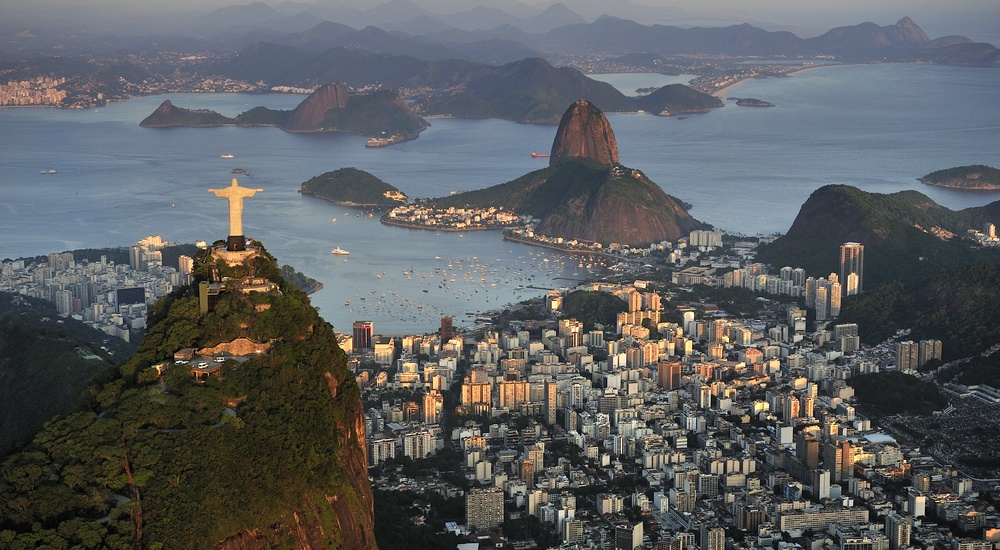 The Government of Brazil’s recent decision to relax the visa application process for Canadian travellers is expected to lead to new direct flight routes between major Brazilian destinations and some of Canada’s largest cities.

A source in the aviation industry who wished to remain anonymous told Daily Hive at least one Canadian airline is expected to launch a new service between Vancouver International Airport (YVR) and Rio de Janeiro or possibly Sao Paulo. The individual described such a service as “imminent”.

The impact of Brazil’s recent decision to expedite visa applications for Canadians could provide just the nudge needed to meet the required demand for such a long-haul service to the South American country to be feasible.

Visa applications were previously USD$160 and required a processing period of 30 to 40 days plus a visit to one of four consulate offices in the country or the embassy in Ottawa. But the changes, which went into effect last month, now enable a visa application to be performed online – even on the phone – at a cost of just USD$40 and with a processing time of about 72 hours.

The changes by Brazil are seen as a reciprocal move after Canada relaxed some visa requirements for Brazilian travellers in spring 2017.

The Brazilian economy, the largest in Latin America, is another major factor.

Outbound travel from Brazil is also expected to see a resurgence from the country’s improved economic performance after the worst of its recent recession passed. The economy bounced back with three consecutive quarters of growth last year, and the central bank projects a 2.8% GDP growth for 2018 – the largest gain in five years.

According to Travel Weekly, the new electronic visa is expected to boost the number of US visitors to Brazil by between 25% and 50%, with the lower range seen as highly conservative.

Visitation from Australia, where the new process was rolled out last fall, is already up by 30%.

In a recent interview with Travel Pulse, Vinicius Lummertz, the president of Embratur, the Brazilian Tourism Board, said he would like to see flights from four or five Canadian cities. And with the visa changes, his organization now sees an urgency to restart discussions with Canadian airlines about creating new flight routes to the country.

At the moment, Canada has just one non-stop flight route to Brazil – the service between Toronto and Sao Paulo. Toronto Pearson International Airport’s other Brazilian route to Rio de Janeiro was cancelled shortly after the 2016 Summer Olympics due to low demand.

Carl Jones, the Director of Air Service Development for the Vancouver Airport Authority, was unable to directly comment on YVR’s prospects of landing its first service to South America from the changes, but he offered the following statement:

We welcome all changes that make travel options easier including the reduction of visa costs and the time required for processing. At YVR, we’re working hard to expand service into Latin America and we continuously look for new opportunities to achieve our vision of being a world class sustainable hub between Asia and the Americas.

YVR has consistently highlighted the opportunities that come with launching new flight routes to South America, with Vancouver in turn becoming a major connection point to South American destinations for Asian travellers.

The airport made significant headway in Latin America after the federal government axed visa requirements for Mexican travellers beginning in December 2016.

According to Destination British Columbia’s latest data, the number of Mexican travellers to Canada through the province in November 2017 – nearly a whole year since visas were eliminated – was up by 53.1% compared to the same month in 2016.

In his annual speech to the Greater Vancouver Board of Trade last month, Vancouver Airport Authority President and CEO Craig Richmond said that within a year of implementation, the resulting surge in demand caused daily flights from YVR to Mexico City to grow from one flight per day by one airline to five flights per day by five different airlines, including China Southern’s flight originating from Guangzhou.

But Richmond acknowledged changes to visas are not enough to establish YVR’s links with South America. On its part, YVR is actively lobbying to get the federal government to negotiate bilateral flight agreements with South American countries, which would allow non-stop flights between Vancouver and destinations in South America.

Projections created five years ago established a 25 million target for 2020, but YVR is already closing in on that figure with over 24 million passengers recorded in 2017.