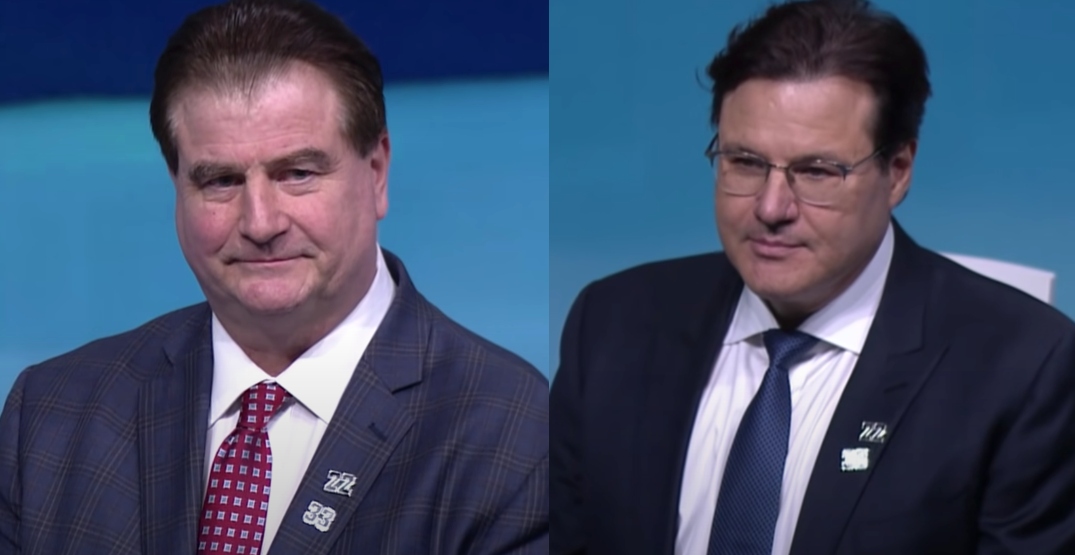 The Vancouver Canucks are in crisis, and fans want action.

Many are blaming both.

And the players aren’t off the hook either.

This season has been an unmitigated disaster, with the Canucks sporting their worst start to a season after 16 games (5-9-2) since 1997, shortly after Mark Messier arrived.

Fans and media were wondering if this might finally be the moment that Jim Benning pays the price, in his eighth season as Canucks general manager.

That doesn’t sound like it’ll happen, but according to Sportsnet’s Elliotte Friedman, there will at least be a meeting this afternoon. During the meeting, the two will discuss and hopefully figure out “why the team is losing and address it,” Friedman reports.

Hearing VAN owner Francesco Aquilini to meet with GM Jim Benning this afternoon. Neither individual will comment, but from what I understand, this is a meeting to understand why the team is losing and address it, not to make a change at the position.

Matt Sekeres also reported that there was a “high-level” meeting on Monday.

If that first meeting determined change is inevitable, have to wonder if that change comes Tuesday?

No sense putting yourself through a possibly hostile home game if you’re going to make a change anyway.

Sportsnet 650’s Satiar Shah characterized the Canucks “power brokers” as being in a “state of shock.”

Earlier on #ThePeoplesShow, @SatiarShah outlines the #Canucks organization's state of shock, Wednesday's game and finding the root cause of the team's issues.@danriccio_ | @SatiarShah | @RandipJanda

There are, of course, numerous problems plaguing the Canucks right now. If they don’t improve their penalty kill, they’ll finish with the worst PK percentage in NHL history. Their power play, which was supposed to be a strength of this team, is currently ranked 24th in the league.

The defence was never going to be a strength. Goaltending was a bright spot until recently, and now Thatcher Demko has a save percentage under .900.

Special teams have been crippling, but they also haven’t been good enough at even strength, where Elias Pettersson is still looking for his first even-strength goal.

They’re 26th in goals-for per game, and they’ve given up the 27th-most goals-against per game.

The advanced stats aren’t any kinder, as the Canucks currently rank 28th in expected goals-for percentage at five-on-five.