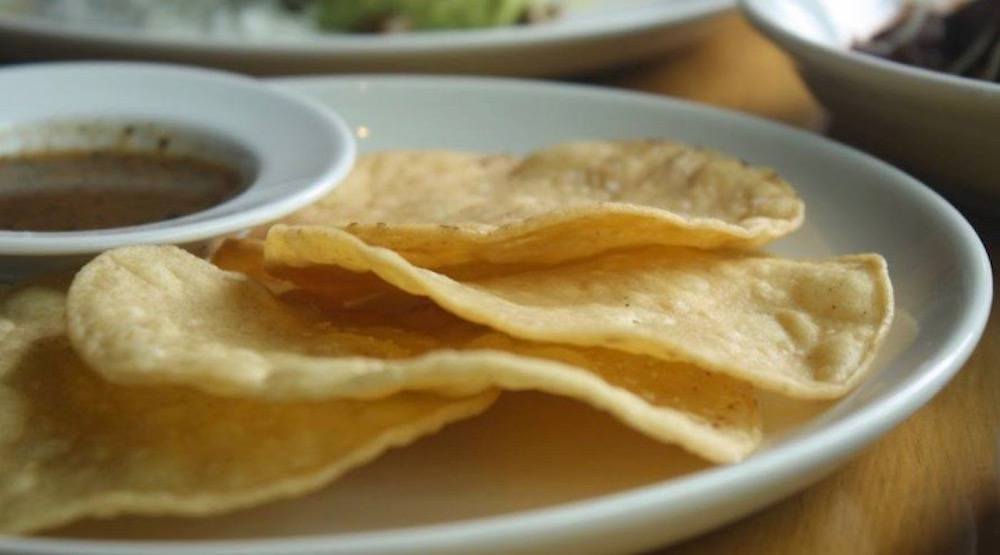 Hot off the heels of opening Yaletown eatery Fayuca in May, Ernesto Gomez (Nuba, Waldorf, Fox Cabaret) is back with a smaller, more casual concept centred around our favourite Mexican flatbread, tortillas.

Chancho Tortilleria is located at 1206 Seymour Street; the 750 square-foot space will have seating for around 15 people, but patrons are also encouraged to grab and go at this new fast-casual Mexican eatery, which is set to open Wednesday, August 2.

The menu is completely focused on artisanal tortillas made fresh daily in the Lenin tortilla machine, which was made in Mexico and imported from Texas.

Gomez told Daily Hive via phone that this project was a long time coming, he and his partners could never seem to find that one killer quality tortilla that they wanted for their eateries.

“We couldn’t find a fresh tortilla, all we could find were the Wonderbread of tortillas – the kind you can leave in the fridge for 30 days – that’s not a real tortilla.”

So Gomez and his partner and production chef, Steven Luscher, worked to create a tortilla with the right shape, ones that wouldn’t break when you fill them with delicious fillings and sauces.

Aside from classic carnitas, Gomez says the small-but-mighty menu with offer customers tacos, as well as vegan options such as a potato filling and rotating market vegetable option as well.

Gomez is currently sourcing the corn for the tortillas from Mexico and Oregon, but he’s also producing his own blends (eight of them, to be exact) on a farm called Klippers Organics in Cawston, BC.

The plan is to see how these blends turn out, and then choose a few to move forward with as the main crop providing the ingredients for Chancho’s masa dough for tortillas. Gomez said we can look forward to several different varieties including white, yellow, and blended tortillas.

Chancho’s space is only temporary – Gomez says the building was only available for three years, so expect to see this small eatery grow and change over the next little while – until then you can head in Monday to Saturday, from 11:30 am until they run out of food.