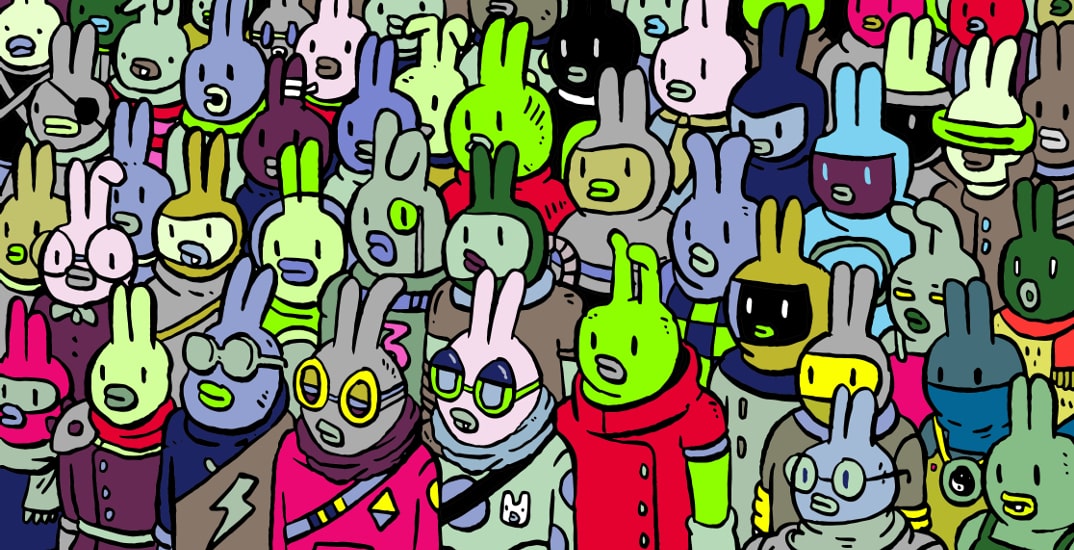 Vancouver-based artist Carson Ting has found inspiration in many ways throughout his extensive career. For his latest artworks, Ting’s late father and their family’s pet rabbits helped him through the creative process.

It was announced today that Ting is the first artist to be listed on leading North American blockchain development firm Blockchain Foundry’s LastKnown NFT marketplace.

Chairman Ting, the award-winning art and design studio he co-founded with business partner and wife, Denise Cheung, will be releasing Ting’s “Billion Buns” collection on LastKnown on January 10, 2022.

Chairman Ting’s illustrated NFT collection “Billion Buns” comprises 888 unique NFTs that spotlights the lives of “Buns”, a progressive and highly inquisitive species. Each “Buns” will be priced at 0.088 Ether. 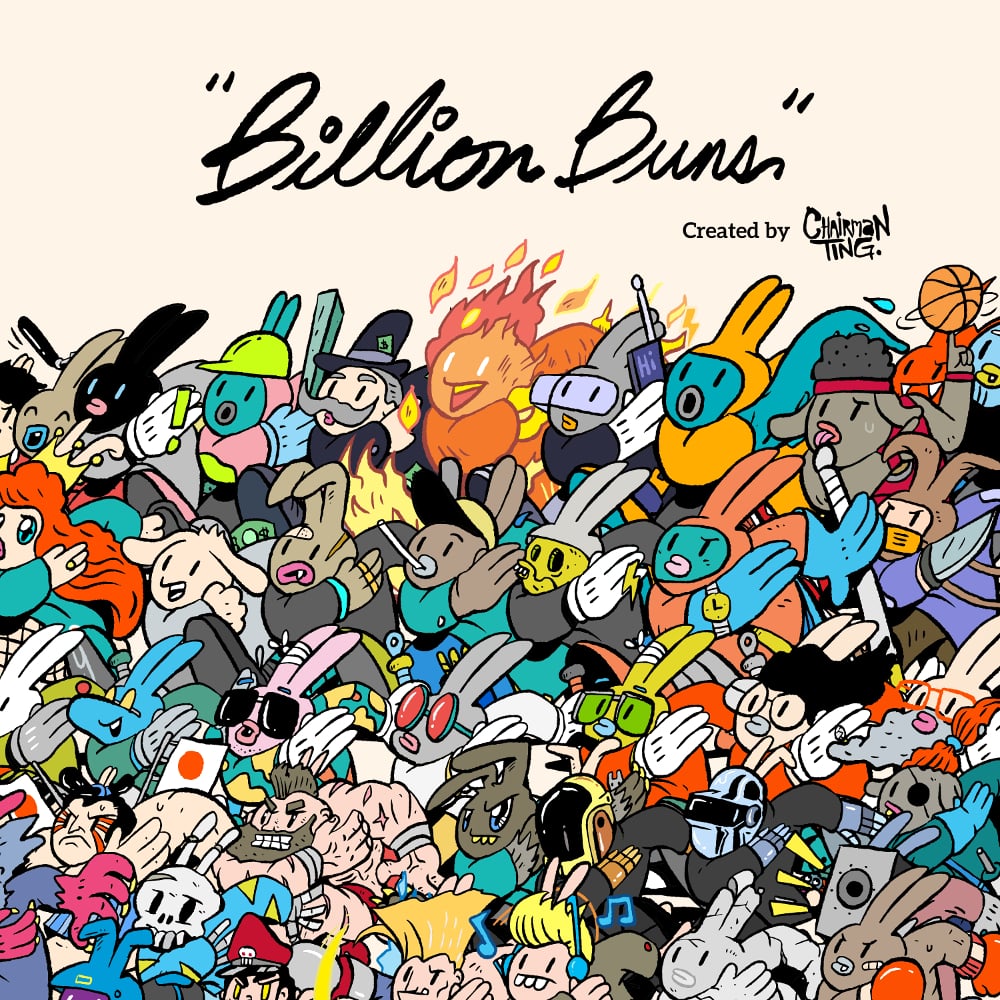 “‘Billion Buns’ is a culmination of many things that are dear and personal to me,” explained Ting in an interview with Daily Hive. “Specifically, 888 is a homage to my late Father. The car we grew up in had his customized license plate ‘TNG888’ when we grew up in Riverdale, Toronto. The bunnies are a tribute to both Bella and Siufok, the bunnies that we rescued and ended up living with one of them for over 14 years. The “Billion Buns” collection can be purchased on LastKnown.com where they will be minted.”

Leading up to the drop date, community-building events will provide LastKnown members with chances to win spots on a whitelist, providing access to purchasing the NFTs 12 hours before the general public.

“It’s been an extremely fun project. In fact, this project has been so all-consuming that I had to turn down clients to focus my energy on this NFT project with the Blockchain Foundry,” said Ting. “The team I’ve been working with has been an absolute dream and I really enjoyed all the creative brainstorming sessions we had leading up to this.

“I love the singular focus of creating variations of characters based on one central theme; bunnies. The possibilities are literally endless. I love being able to do spin-offs of things that I personally enjoy and am interested in such as musicians, athletes, artists and more.”

“We are proud to welcome Chairman Ting as the very first artist to join the LastKnown family,” said Wasyluk in a release. “LastKnown provides artists with a white-glove experience developing raw creative materials into a fully deployed, customized NFT minting experience on the LastKnown platform.

“Chairman Ting is an amazing award-winning illustrator, and with his extensive experience in the advertisement space, we couldn’t have hoped for a better collection to kick off the LastKnown launch.” 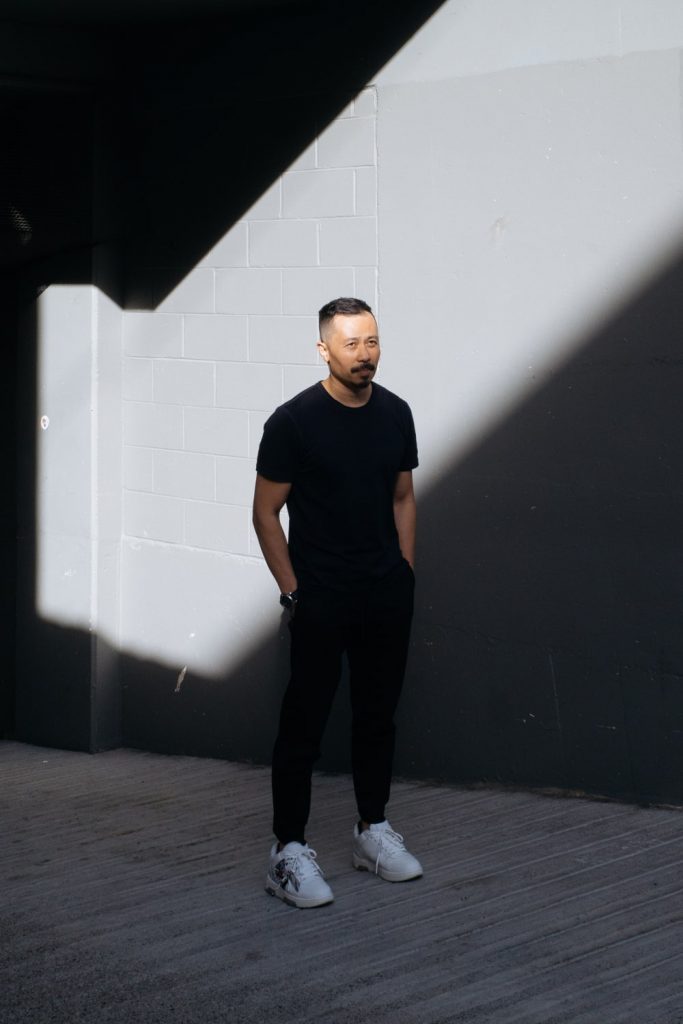 Carson Ting, creator of Billion Buns and co-founder of Chairman Ting (Luis Valdizon from When They Find Us/Submitted)

Ting is an award-winning artist and ex-advertising art director who has worked with brands such as Nike Jordan, Lexus, Sony, Vespa, and Toyota over the past two decades. His work has been recognized internationally at Cannes, One Show, London International Advertising Awards, New York Festivals, Communications Arts, Clios, The Webbys, and more.

Closer to home, Ting collaborated with Evo Car Share and luxury sneaker brand Six Hundred Four to turn a mural into a collection of wearable art. He also painted an eye-catching mural outside of Community Taps and Pizza on Commercial Drive and has an upcoming public art installation project for the City of North Vancouver.

Ting partnered with the Vancouver Whitecaps in 2020 to create the “It Takes a Village”, a fundraising work of art commemorating the 7 pm salute to frontline heroes. The initiative raised more than $140,000 for the Greater Vancouver Food Bank.

Giving back to important causes is important for Ting, which is why Chairman Ting will be donating 10 per cent of all “Billion Buns” proceeds. The funds will be split equally between the UN Refugee Agency, the Greater Vancouver Food Bank, the BC Children’s Hospital and the Rabbitats Rescue Society.

“Personally, I think everyone has a responsibility to give back to the community if they are in the position to do so,” said Ting. “I think we often forget how fortunate we are to have basic life necessities like a roof over our heads, access to food, and clean clothes on our backs. With so much uncertainty in our world right now, I think even if you give a little to the people in need, it still goes a long way.”

While Ting is excited about the release of “Billions Buns” on LastKnown, the artist is already looking forward to diving deeper down the rabbit hole.

“I’ll also be continuing to build out the narrative and the Billion Buns universe that will go beyond the world of NFTs such as animation, comics, and more,” he shared.

To learn more, head to BillionBuns.com